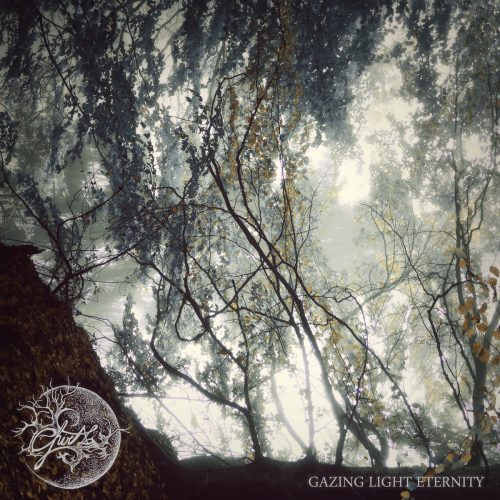 Chiral is the solo musical project of a man named Matteo “Teo” Gruppi from the countryside near Piacenza in northern Italy. The project began at the end of 2013, and since then Chiral has recorded two demos, two splits, and two albums — and today we bring you a full stream of the third Chiral album, Gazing Light Eternity, which will be released on October 27.

This new album is about Time — about “the evolution and perception of the perpetual flow of time on men, places and memories”. It’s a musical narrative in four Parts. The flow of the album takes the listener through two long atmospheric black metal tracks (“Part I (The Gazer)” and “Part III (The Crown)”), each of which is followed by a comparatively shorter ambient piece (“Part II (The Haze)” and “Part IV (The Hourglass)”). 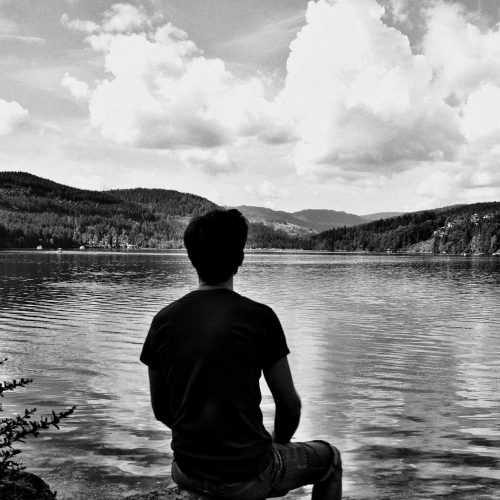 While each of the four tracks would make a fine addition to a playlist on its own, the songs are best heard as their titles suggest — in order, as parts of a single and singular experience. The combined effect of them is to cast a deep and lasting spell that causes the rest of the world to temporarily fall away, replaced by a kind of dark dream state.

Those two songs ebb and flow in their intensity; the drums blast and then fall away completely; the riffs surge with heavy, vibrant energy and then make way for entrancing lighter moments. At the end of “The Crown”, the aura of the music even turns bright and hopeful.

The songs also rely heavily on repetition. Chiral crafts relatively simple but memorable melodic components and rhythmic progressions and then drives them forward, sometimes together and sometimes in alternating fashion until they’ve burrowed themselves deeply into the listener’s head.

The two ambient pieces aren’t entirely ambient. Against a backdrop of shimmering sonic waves and deep droning tones, “The Haze” sends reverberating guitar notes like melodic sonar pulses, rhythmic acoustic strumming, and eventually a wistful acoustic melody. The song is hauntingly spellbinding (and part of what makes it haunting are the final words of a vocal sample at the end).

Shimmering ambient drift is also the backdrop for “The Hourglass”, but it has other accents as well, including the sounds of an angelic choir, a tribal drumbeat that comes and goes, and a climax (which functions as the album’s conclusion) that doesn’t go serenely into the night.

As has been true since Chiral’s second full-length, Gazing Light Eternity is a DIY effort. It will be self-released both digitally and in a limited-edition CD digipack that includes a metal pin and a logo sticker while supplies last. The album features photography Andrea Effulge, Andrea “Rizzo” Rizzieri provided the vocals for the spoken words on “Part II (The Haze)”. Pre-orders for both can be placed here:

One Response to “AN NCS ALBUM PREMIERE (AND A REVIEW): CHIRAL — “GAZING LIGHT ETERNITY””