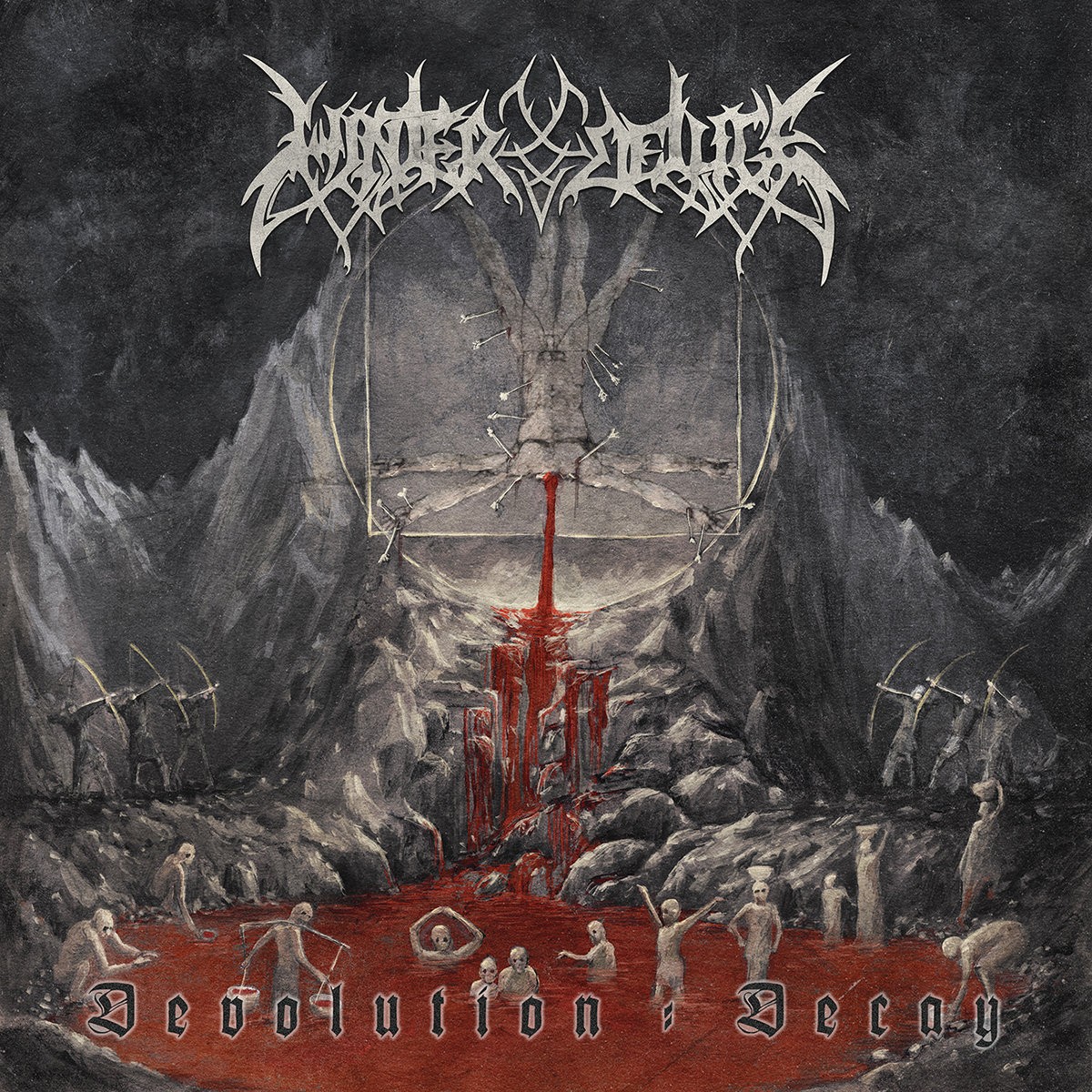 Changes within a band can lead to creative uncertainty or even outright artistic collapse. But that’s clearly not an issue for New Zealand black metal outfit Winter Deluge. Last time we heard from the group was back in 2012, when they released their hate-fuelled full-length debut, As the Earth Fades into Obscurity. Since then, Winter Deluge have cycled through a few bassists, and lost and gained both a guitarist and a vocalist. But none of those changes has dented or derailed Winter Deluge’s malevolent mission in the slightest. 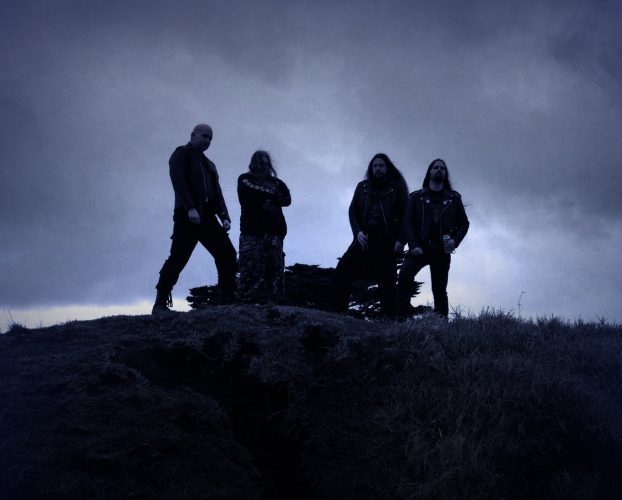 If anything, Winter Deluge’s brand new sophomore full-length, Devolution – Decay, is even more of an incendiary assault upon everyone and everything. Although, I guess that’s not too much of a surprise, given embracing chaos and encouraging mayhem has been Winter Deluge’s raison d’être since brothers Autumus (drummer Nathan Baylis) and Arzryth (guitarist Aaron Baylis) formed the band in 2005. Unapologetic misanthropy and a mountain of trenchant nihilism have sat at the corrupt heart of Winter Deluge’s ventures for over a decade now, and the band certainly sound full of bile and vitriol on Devolution – Decay.

Winter Deluge’s music matches their sour temper by being instinctive, raw, and merciless: three descriptors that also sum up Devolution – Decay perfectly. Winter Deluge’s songwriting is orthodox and indebted to black metal’s second wave, but there’s nothing dated about the intensity or anger brought by Devolution – Decay’s first two tracks, “Der Letzte Atemzug” and “The Negation of Existence”. Those songs feature melodic albeit wrathful riffing that’s scorched by vocalist Seelenfresser’s caustic croaks, and then battered by Autumus’ percussion. And that mix of burning acid being poured on top of pure rage reoccurs throughout Devolution – Decay.

The pace picks up with harsh tracks like “Corrupt Prophets” and “Yersinia Pestis”. Blistering riffs arrive like frost-bitten whirlwinds, and the villainous vocals add more ice-cold eldritch elements. But what secures the sinister aura on those tracks –– and, really, on the album as a whole –– is Winter Deluge’s decision to let the grit and blood show. In other words, Devolution – Decay is red-raw. It’s strident and visceral too. And Winter Deluge aren’t afraid to unleash a dissonant maelstrom of noise. That all adds a causticity to the album that keeps things sounding vicious and feral. But Winter Deluge are as adept at increasing the savagery as they are at paring things back when more desolation is called for.

Lengthy tracks like “…Now You Reap What You Have Sown” and “Winter Deluge” exhibit that astute handling of dynamics really well. (Although using words like “astute” and “dynamics” feels too pretentious for music this primal.) Still, credit where credit’s due. As ferocious as Winter Deluge get, blast-beaten tracks like “Perversion of Common Sense” or “Tentacles of Time” never dissolve into a muddied blur. Seelenfresser’s abrasive voice is ever-present on those songs, which keeps the climate frosty and malicious. But it’s also worth pointing out that Devolution – Decay‘s overall ambience isn’t just ice-cold. The album also maintains an inhospitable atmosphere. One that essentially revels in utter contempt.

Winter Deluge hammer home hate and hostility on Devolution – Decay. There’s nothing here that’s accommodating, polished, or likely to appeal to any fly-by-night metal fans –– and that’s clearly the point. Winter Deluge make ugly music, for ugly times, and the band don’t deal in easily digested soundbites. Devolution – Decay is the sound of humanity’s clock winding down. Every spiteful tick is another step closer to the black heart of Winter Deluge’s message: that all of humanity is fucking scum, and we’re all, deservedly, doomed.

Devolution-Decay features a cover by Misanthropic-Art and it will be released by Frozen Blood Industries on October 31. To pre-order, go here: