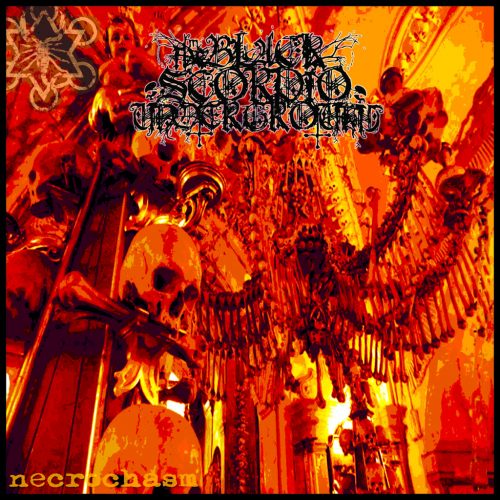 We’re about to invade your eyes and ears, and through them your soon-to-be-quivering brain, with a ritualized video that’s as hallucinatory and nightmarish as the music it accompanies. The music is a creation of The Black Scorpio Underground called “She Who Cannot Be Saved“, off T.B.S.U.’s forthcoming album Necrochasm.

Some of you may have heard the track before, since it had a premiere (sans visuals) at CVLT Nation in September. For those who haven’t, and who know nothing about T.B.S.U., there are no riffs in this piece, very few beats, and no melodies you’ll carry around in your head — though you’ll be carrying around something formless, shadowed, and frightful in there after you listen to it. 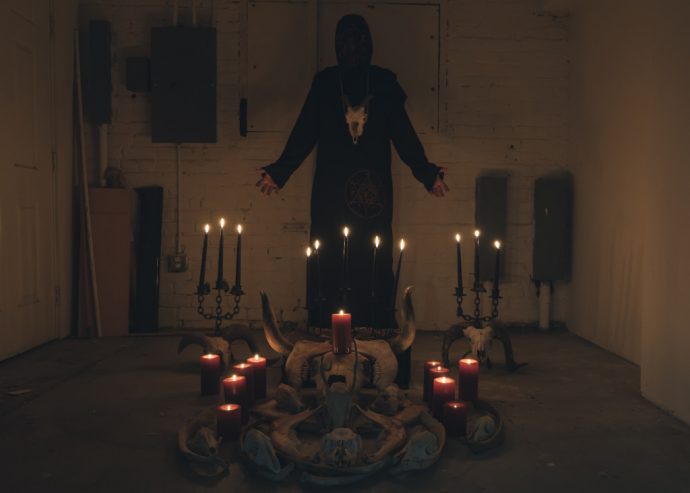 This song in particular is anchored by huge, heaving waves of deep, distorted sound, rising and falling against a shimmering ambient background. On that uneasily shifting foundation, T.B.S.U. layers an array of disturbing noises — some of which sound like a distorted guitar being tortured, others resembling the heavy breathing of a monstrous leviathan. Ghostly wails and hair-raising howls rise up and are then subsumed by the fog.

Near the end, the harsh, reverberating sound of timpani augment the sensation of witnessing an occult ritual calling forth… something you hope will not answer. Not surprisingly, “She Who Cannot Be Saved” was recorded in the abandoned Hollydale mental asylum in Downey, California. Fittingly, the video is a head-trip and a half, and it meshes with the sound like hand in glove.

The album will be released October 28 on 12″ vinyl by Husk and Prison Tatt Records, and digitally through The Black Scorpio Underground’s Bandcamp page.

4 Responses to “AN NCS VIDEO PREMIERE: THE BLACK SCORPIO UNDERGROUND — “SHE WHO CANNOT BE SAVED””