Earlier this month we had the pleasure of premiering a video for a song from Lunaris, the new album by the Polish black metal band Arkona, and today we have the chance to bring you a second song from the album in advance of its November 4 release by Debemur Morti Productions. This one is named “Śmierć i odrodzenie” (death and rebirth).

For those who missed our earlier premiere and may not be familiar with Arkona, they must be considered among the pioneers of Polish black metal, with demos that date back to 1994 and a first album (Imperium) that was released in 1996. Lunaris is the band’s sixth full-length in that long career, and the second one following a span between 2003 and 2014 when the band only participated in a few splits. This is their first album on the Debemur Morti label. 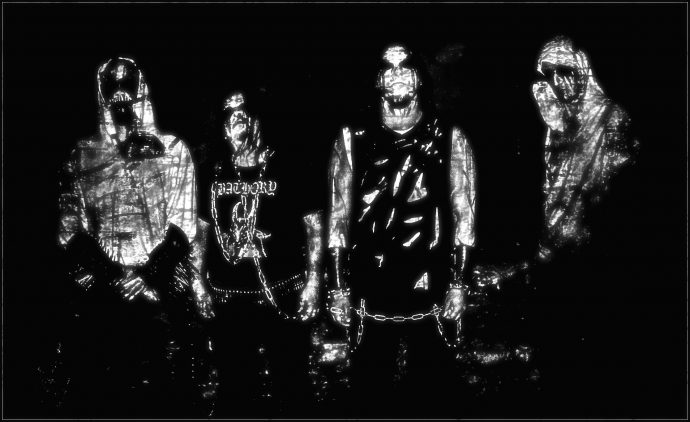 Arkona‘s approach to production gives “Śmierć i odrodzenie” a powerful, immersive sound. It surges with strength and energy, shrouded in a bleak yet grand atmosphere — mystical, majestic, and marauding all at once.

The stately chords of a cathedral organ begin the song, and then it explodes with a heavy drum attack and truly savage vocals, overlaid with sweeping keyboard ambience and rippling, glimmering guitars. There are two breaks in this rushing tide of power, one in which ambient music and wordless choral voices move in gliding waves, and a second in which the tempo slows and a plaintive riff surfaces. True to its name, this is a dark and dramatic yet vibrant song, and a very memorable one — its haunting melodies will stay with you. 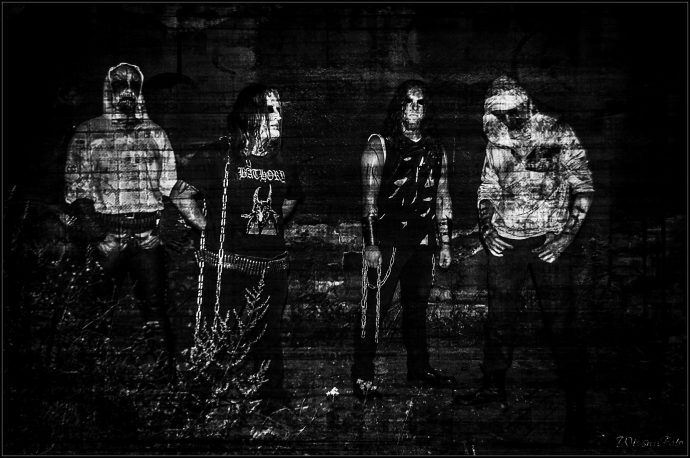 Debemur Morti Productions will release Lunaris on November 4. It will be available in a variety of formats, which can be pre-ordered using these links: