Almost exactly one year ago Metal Blade announced the signing of the Greek black metal band Ravencult, and now, roughly five years after their last album, a new one is on the horizon. Bearing the name Force of Profanation, it’s set for release on November 11. We previously praised the album’s first advance track, “Beneath the Relics of Old”, and now we’re fortunate to bring you the premiere of another song from the album, “Tormentor of Flesh“.

“Beneath the Relics of Old” is a truly electrifying riff monster, one ripper after another, heavy on the thrash end of the aggression scale and with an evil aura that grows even more sinister as the song progresses. “Tormentor of Flesh” is, if anything, even more turbocharged and savage. 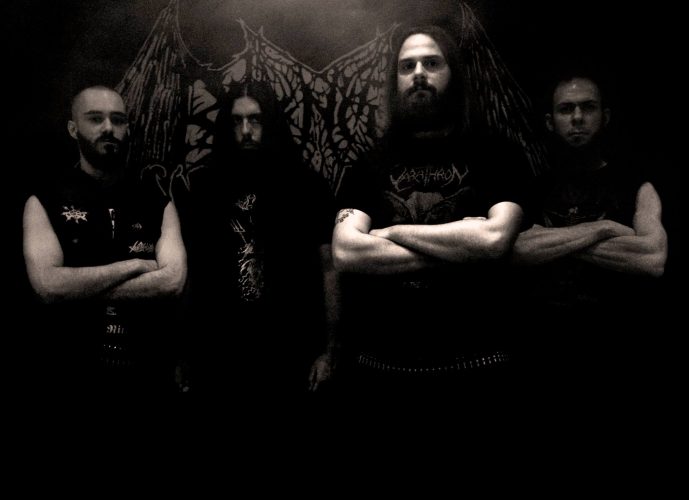 The song is a dynamic one, moving from scathing, blast-force assaulting to morbid, d-beat-driven galloping, to mid-paced, head-hammering rocking. It puts a jolt of buzzing megawatt power into your head right from the beginning and keeps the adrenaline levels high all the way to the end.

Check out the new song below, and to pre-order the album, use these links:

5 Responses to “AN NCS PREMIERE: RAVENCULT — “TORMENTOR OF FLESH””