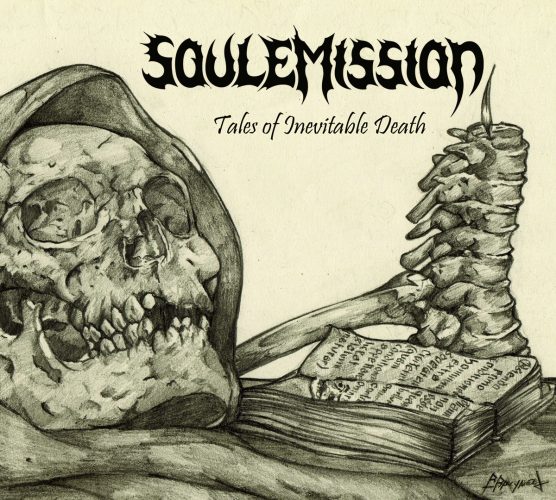 On October 31st, Samhain, Black Lion Records will release Tales of Inevitable Death, the debut album of the Dutch band Soulemission — and we have a full stream of the record for your ears in advance of its release.

With a line-up that includes former members of Prostitute Disfigurement and Cirith Gorgor, and with session drums on the album provided by Menthor (from such groups as Enthroned, Lvcifyre, and Nightbringer), the performers bring significant experience to the table, as well as interests in a broad range of extreme metal styles that have influenced their particular approach to black metal under the banner of Soulemission. In addition, the fourth track on the album (“Seas of Emptiness”) includes guest vocals by the notorious Niklas Kvarforth of Sweden’s Shining. 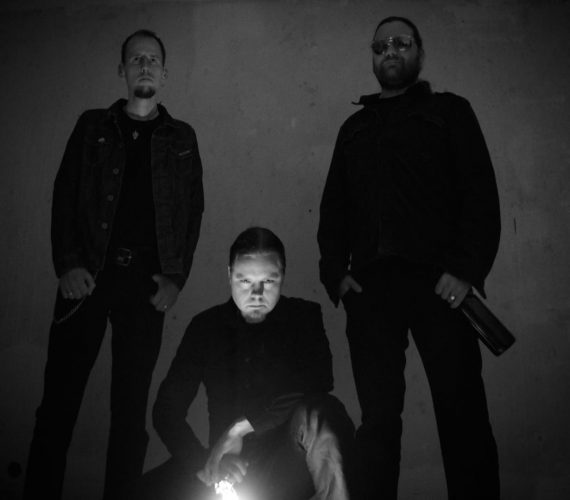 The album comes a big and welcome surprise — constantly dynamic, intricately plotted, and superbly performed.  So many intriguing things happen over the course of the album’s seven tracks that there’s never a tendency to skip ahead or wander away, but instead an eagerness to see what comes next.

The first track, “Bellum Omnium Contra Omnes”, is an immediate and vibrant sign of the kind of songwriting flair and multifaceted textures that the album holds in store. Launched at a slow and deliberate pace with writhing, dissonant riffs and twisted leads, it’s gloomy and forbidding at first, heavy and bleak. But with a swarming riff, the song explodes in a torrent of blasting drums and seething guitar, accompanied by high, scalding vocal shrieks that manifest unrestrained ferocity. The drums move into a scampering gallop, with fierce, high-speed fretwork that twists and turns, soars and dives. But just when you think you’ve been pulled into the chaos of a barbaric battle, a panoramic keyboard melody appears, along with a scintillating guitar solo — and acoustic guitar picking draws the song to a close.

And that’s just the start of a constantly intriguing trip. You get an incendiary dose of black thrash in “March Against the Storm”, hellish savagery mixed with an overarching aura of gloom and desolation in “Luciferian Blood Orders”, and elements of depressive atmosphere mixed with panoramic grandeur in “Seas of Emptiness” — with Kvarforth’s vocals adding an element of wrenching agony, and both a soulful extended guitar solo and a somber piano melody adding even more textures to an already compelling and memorable song.

“Where Fallen Angels Dare” is grim, grand, and stately at first, but then surges ahead, driven by furiously pistoning drums and writhing riff storms. The music eventually begins to leap, bound, and whirl, accented by a darting guitar melody as well as isolated notes that draw the music into a hallucinatory sphere before jumping into a bombastic canter.

“Endless Grief” begins with an acoustic guitar but soon launches into ferocious attack mode. It’s a grim and warlike piece, but massed choral voices and a bleak melody also give it the air of a black funeral mass.

And how does this riveting album end? With a slow, sorrowful but beautiful piano instrumental.

Tales of Inevitable Death is in some obvious ways an homage to ’90s Scandinavian black metal, but with both a clarity of production that enhances its power and intrigue and a layer of grit that keeps it from sounding too polished. And while there’s a lot of raw, bestial savagery in the songs, it includes so many other musical ingredients (including memorable melodies) that it’s far from simply an homage to by-gone days. If you’re like me, you’ll get pulled headlong into the album and surface at the end with a big smile on your face.

To order Tales of Inevitable Death, use the links below. And remember the name Soulemission — the band are already at work on new material for the next release.

One Response to “AN NCS ALBUM PREMIERE (AND A REVIEW): SOULEMISSION — “TALES OF INEVITABLE DEATH””