More often that not, these Rearview Mirror posts look back at entire albums from metal’s past, but today the subject is just one song and a video that was made for it.

When I saw the video yesterday, the name Maceration rang a faint bell in my addled head, but the more I learned about the band after seeing the video, the more I thought I really didn’t know about them — because with their line-up, I think I would have remembered.

According to Metal-Archives, this Danish band’s first output was an “Official Livetape” that included eight tracks, including covers of songs by Obituary and Death. And then they recorded their only album, released in 1992 under the title A Serenade of Agony. By that point, the band’s line-up on the album included two members of the thrash band Invocator, Jakob Schultz (bass, guitars) and Jacob Hansen (drums, guitars, backing vocals), plus guitarist Lars Bangholt — and Dan Swanö as the session vocalist for the recording. 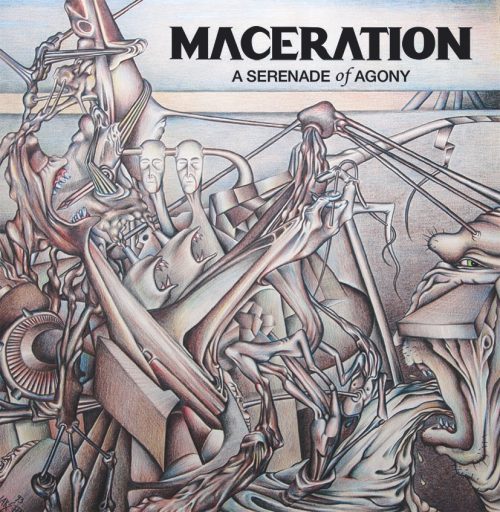 Swanö didn’t use his real name, but instead was identified as “Day Disyraah“. By the time A Serenade of Agony appeared, he was a member of Edge of Sanity, which had released Nothing But Death Remains (1991) and Unorthodox (1992), as well as Pan.Thy.Monium (in which he also used the Day Disyraah name).

A Serenade of Agony was Swanö’s first and last recording with Maceration. With a revised line-up that included three different vocalists, Maceration went on to release a five-song promo in 1995, which reputedly drifted toward groove and hardcore, and then the band dissolved.

In 2014, Punishment 18 Records re=released A Serenade of Agony on CD and vinyl in an edition that included 12 old bonus songs (it still seems to be available via the second link below). And four years before that, someone uploaded a video of the band to YouTube, a video of them performing a song from the album called “The Mind Rampant” — which I saw yesterday for the first time. And you can check it out below. It still sounds damned good. 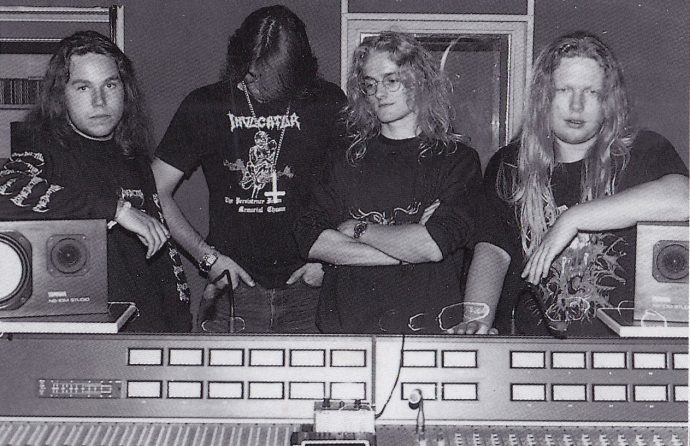 P.S. I’ve seen it alleged that Dan Swanö isn’t the vocalist in this video, but that instead it’s Jonas Holmberg. I don’t know enough about what a 20-something, clean-shaven Dan Swanö looked like to have an opinion.

One Response to “THE REARVIEW MIRROR (MACERATION)”