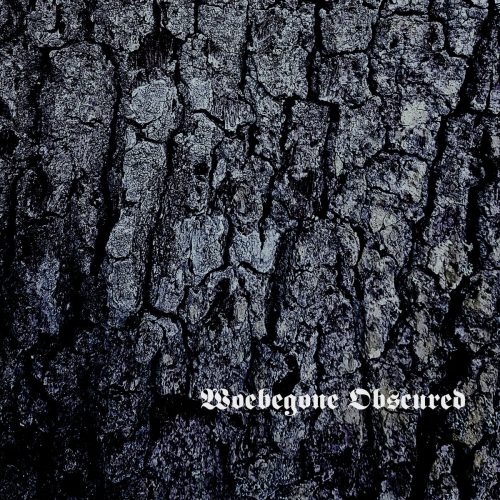 The first two full-length releases by the Danish band Woebegone Obscured were immense albums that immediately established an impressive edifice within the landscape of Funeral Doom — 2007’s Deathstination and 2013’s Marrow of Dreams. Since then the band haven’t yet returned to the full-length format, instead releasing an EP named Deathscape MMXIV through Solitude Productions two years ago and now another EP, this one self-titled. Today is the official release date for the new one, which can be streamed and downloaded at Bandcamp. And we’re helping to spread the word about it through this premiere.

In addition to the fact that the new EP bears the band’s name, so do its two songs. The first is “Woebegone”, the second is “Obscured” — and both are staggeringly powerful. 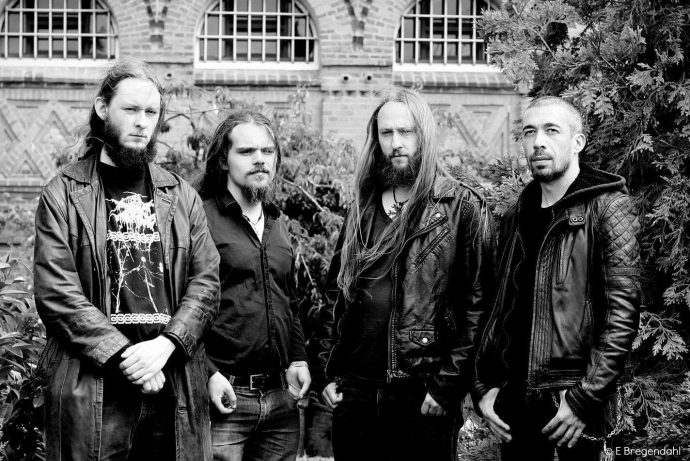 The echoing guitar notes, harsh whispers and snarls, and brief clean vocals at the outset of “Woebegone” immediately give the music a mysterious and ephemeral air, a sense of leaving the pull of gravity behind. Yet the powerful clutches of gravity reach back out when the song’s enormous riffs and slow drum rhythms come crashing down. And as varied as the vocals are at the song’s outset, they become even more varied when cavernous growls and tortured shrieks amplify the music’s strengthening atmosphere of encroaching catastrophe. Just when it seems like the band have ratcheted the air of desolation and tension to the breaking point, like a constricting noose around the neck, the song ends in a very different way, both haunting and beautiful.

“Obscured” is even more relentlessly crushing and cold. It hammers as well as staggers. It also flows like congealing blood in a frigid wasteland while oozing toxins and the stench of decay. When the moaning guitar melody asserts itself, it’s matched by the jarring agony of the vocals. The serpentine lead guitar that surfaces near the end, when the hammering resumes, coils the tension, but unlike the first song on this powerful EP, “Obscured” allows no light to enter its blighted soundscape.

As noted earlier, Woebegone Obscured is available now through Bandcamp, released via the band’s own label OceanWoe. A 12” vinyl version limited to 100 hand-numbered copies will be available on December 9, 2016.

Now, please listen to the new EP — and we’re also including the band’s recently released lyric video for the song “Woebegone”:

One Response to “AN NCS EP PREMIERE (AND A REVIEW): WOEBEGONE OBSCURED”