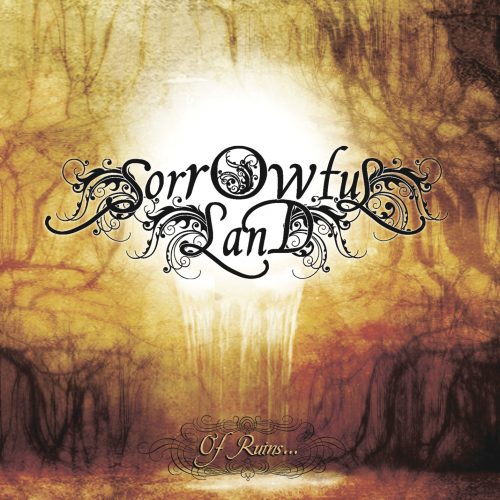 On November 7, Solitude Productions will release the debut album of a Ukrainian one-man band named Sorrowful Land. Entitled Of Ruins…, it is the creation of Maks Molodtsov, who leads the gothic/doom band Edenian. We have for you today the premiere of a full stream of this strikingly powerful album.

You may see descriptions of the music on Of Ruins… as “atmospheric doom-death”, and I think that’s accurate, but perhaps to be more focused, I would describe the music as funeral doom of a kind that is reminiscent of the mighty Finnish bands Skepticism and Shape of Despair. 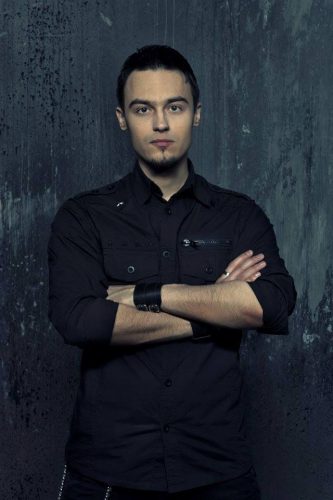 I don’t mean to say that Sorrowful Land uses the same palette of musical ingredients as those bands. In particular, keyboards are almost non-existent in the mix; in a few brief passages, classically influenced piano melodies are used, and you’ll hear the sound of symphonic strings in the introduction of one song, but the melodies on this album are predominantly executed with guitars.

In addition, there are no clean vocals, unless you count a few somber spoken-word passages and instances in which the lyrics are voiced in an unsettling whisper.

What Sorrowful Land does so masterfully, and thereby puts them in the same conversation with those superb Finnish bands, is blend together passages of colossal, earth-cracking force with sublime melodies that are both equally staggering in the emotional power of their misery, and hauntingly beautiful.

And of course Sorrowful Land is in no hurry; these songs are generally slow and deliberate. When the pace does pick up, it’s a matter of degree – more like the attack of a lumbering leviathan that’s large and powerful enough to crush mountains in its path.

The anchoring riffs and bass notes in these songs are titanic — immensely deep and low, and vibrating with bone-shaking distortion. The main vocals are also titanic – enormous, cavernous, rounded growls that seem to embody the yawning abyss of death, and then rise up into wrenching howls and yells of pain.

The lead melodies in the songs provide both contrasts and complements to the immense dirges in the foundations of the music. They harmonize with the melodic undercurrents in the music’s cavernous depths while tracing an array of mesmerizing variations, but the lead guitar melodies are high and sometimes almost crystalline, though their tone and the effects applied to them creates added variety and interest.

As for the atmosphere of these tremendously atmospheric elegies, the melodies are heartrending expressions of despondency, grief, and soul-shattering despair. But as drowning in woe and as disheartening as these expressions are, they create the kind of powerful and haunting beauty that resonates deeply in the souls of creatures who live with loss and death and who will inevitably face both themselves, i.e., all of us.

One more note before delivering the song streams to you: The lyrical texsts are based on classical English poetry from the 19th century and the original author’s verses.

Links for ordering the album will be available here:

3 Responses to “AN NCS PREMIERE (AND A REVIEW): SORROWFUL LAND — “OF RUINS…””