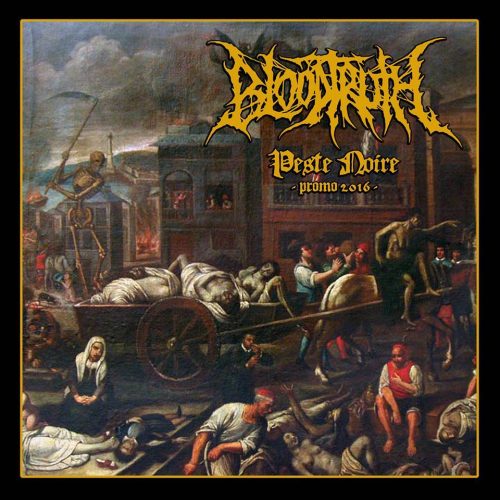 The Italian death metal juggernauts in Bloodtruth, who are signed to the Unique Leader label, are now at work on their second album, but to tide fans over until it’s finished Bloodtruth are today releasing a savage promo track called “Peste Noire“, and we’ve got the premiere video stream of the song for you.

The song was inspired by the black plague that decimated Italy during the 1600s, claiming an estimated one million lives — or about 25% of the total population. But while the song includes Gregorian chants as one way of drawing a connection to those medieval horrors, it expresses the merciless devastation of the disease in ways that have more in common with modern mechanized warfare — because the music strikes with ferocious, obliterating force. 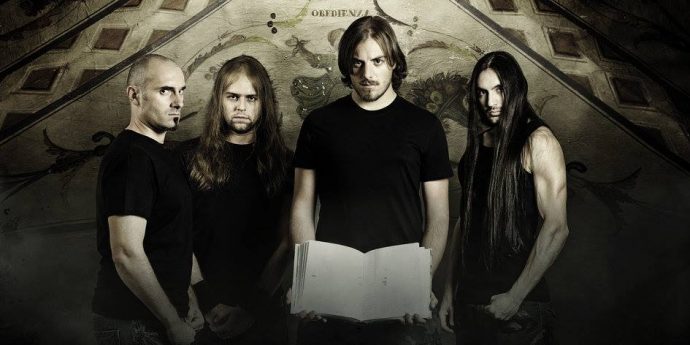 The black death isn’t the only inspiration for the song — the band also claim inspiration from the mighty Suffocation, and that influence comes through in the music. It’s a high-speed rampage, a rapidly expanding blast front of explosiveness fueled by brutalizing drum and bass performances and frenzied fretwork. Morbid guitar leads pulse and swarm through this sonic war zone, deepening its utterly malignant and pestilential atmosphere, while the vocalist’s bestial growls further amplify this gruesome summoning of death reaping souls like an unstoppable conflagration.

It’s a technically eye-popping piece of butchery, and also an immediate adrenaline trigger. With something this powerfully devastating laid before us, the new album can’t come soon enough.

With any purchase of merch or a CD at Bloodtruth‘s web store, the band will include a free digital kit that includes the new song and a digital booklet. The song itself, along with that deal, will be available later today at these locations:

One Response to “AN NCS PREMIERE: BLOODTRUTH — “PESTE NOIRE””