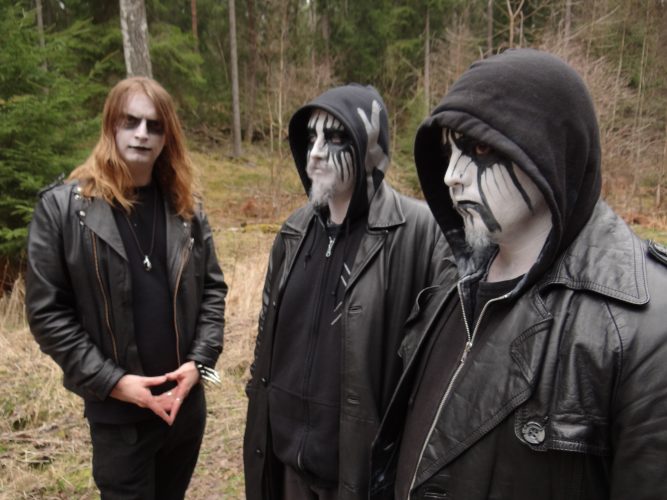 Norway-based metal writer Karina Noctum brings us another interview, this time with members of Sweden’s Mist of Misery, whose new album Absence we premiered and praised in a review at our site here.)

So, you guys are by no means amateurs. Tell us about your other projects, and have any of you been to a school of music?

Mortuz: I have several other projects, such as Eufori and Soliloquium, and yes, I have been to a school of music, or rather a school of audio engineering several years ago.

Phlegathon: I also play guitar in Hyperion. For a while I studied various musical courses at The University of Stockholm, but I would not regard it as such a particularly serious undertaking.

How long did it take to compose and record the album?

Phlegathon: Yeah, the composing process for this album was a rather short and intensive one. As Mortuz said, the recording part of this album is what took the longest. As we were recording Absence, the studio that Mortuz was constructing
went through many different stages of improvement. This caused us to record basically the entire album about 4-5 times, each time with a better audio quality. Eventually, we just had to settle for a particular sound in order to get the album released. Naturally, though, additional layers and small improvements were added along the way, which made the songs better and better with each step. 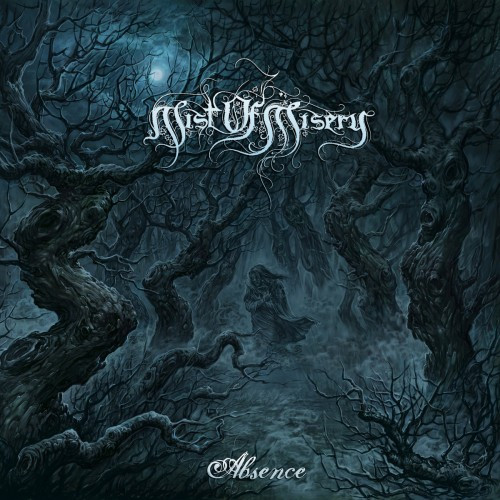 I think some old school melo-BM influences are present in this album. A lot of bands lately have a melody that tends to be kinda synthetic, and it doesn’t really have to fit harmoniously with anything because it’s OK to be experimental. I think when it comes to melody, “the old way” is pretty important, when all the elements and instruments are in harmony with each other. So how does this process of making all elements fit work for you? How do you do it?

Mortuz: That comes naturally for us, this is the way we like to do our music, and for all the instruments to harmoniously fit together required nothing but an ear for melodies and harmonies, which in our case comes naturally.

Phlegathon: It’s not really something we analyze too much. What sounds good sounds good and we know when it sounds the way it is supposed to sound.

So let’s say that a band has it easier when it comes to being experimental, when the sound is ultramodern and synthetic (do you agree?). But as previously stated, that is not that so with bands like Mist of Misery, I suppose. So how do you think it is possible to innovate within the subgenre without ruining the aesthetical beauty or harmony?

Mortuz: I think the most important thing is to keep the spirit of the music, the core, the fundamental idea of the music intact, no matter how much you experiment. In our genre there are not so many bands with high quality recordings (unfortunately) But being labled a specific genre, or to follow the stream, has never been anything we have been concerned about. We do our thing the way we want it. We go our own way.

Phlegathon: There is always room for experimentation, and to a certain extent you have to try new things in order to progress and make something new and fresh. As long as the core elements are there and the feeling you are trying to convey is present, then it feels right, no matter how it may sound to others. If you have a musical vision that is strong enough, you will know in your heart when it is the right thing to do.

The cinematic-orchestra-like sound, is it just a coincidence (I mean the epicness may as well have other sources of inspiration), or were you inspired by any film scores?

Mortuz: Yes, that is correct, we have taken a lot of inspiration from both movies and game themes, but the fundamental idea behind it is to create an atmosphere unlike any other, blending “beauty with the beast” if you will, to put the listener in a kind of trancelike state. Serenity with chaos, light with darkness.

Phlegathon: Film scores and game soundtracks are big inspirational sources to us, indeed. There are many ways to create the ambience that we are striving for, and one of the strongest ways is to paint a cinematic, as you say, atmopshere.
It is a very powerful tool that Mist of Misery relies heavily upon in order to create that hypnotic feeling we are striving for.

What kind of non-metal music inspires you?

Mortuz: Classical music, movie themes, game themes, opera, symphonic orchestras.. There is a lot of inspiration behind our music, and most of it is non-metal.

What do think of the low-fi dirty Black Metal sound. Do you listen to it? What does it take to make that kinda sound work in your opinion?

Mortuz: Sure, to some extent. It is not the sound quality that makes the music. If the music is well-written it may be just as good in lo-fi quality, but in our case we find it easier to express all emotions if the sound is clean, and we’re going to optimize our sound quality with every new album we release.

Phlegathon: It definitely has a certain charm to it. I mean, no one can deny the potency of the old Darkthrone, Burzum, or Emperor albums. The most important thing of course is the quality of songwriting. The problem I see is when bands use the lo-fi recording approach as a way of just being “true” and really doesn’t reflect over the quality of their songwriting too much, but they only focus their attention on sounding necro just for the sake of it. In order to make that kind of music in an authentic way, it has to come from the heart, and the sound quality must not be an obvious excuse to hide musical inability. 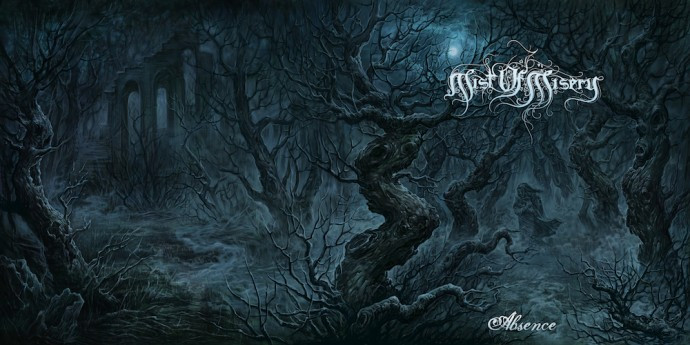 Who is behind your artwork and how does it relate to your lyrical theme?

Mortuz: Alex Tartsus has done our artwork both for the Temple of stilled voices EP we released back in 2013 as well as the full length album Absence. It is supposed to give the idea of isolation, solitude, loneliness, sadness, and emptiness.

Lots of bands are going for the no-corpse-paint, normal look, or a no-face, anonimity, mystic image nowadays. What does the original BM look mean to you and why did you decide to keep it?

Mortuz: We have used corpse paint since the beginning, and we have no desire to stop using it. In a way it’s symbolizing that the core of Mist of Misery remains unchanged, even though our music has evolved. The idea behind it remains the same.

Mortuz: Record as good music as possible, get our music out for the masses to listen to, and maybe to do some gigs outside of Sweden. 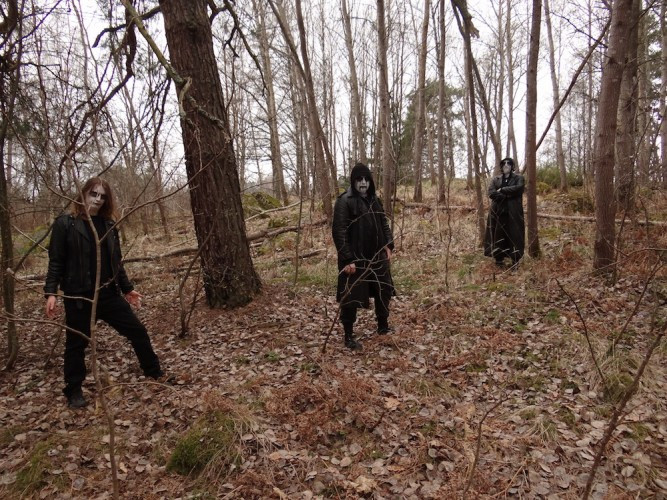 Any bands you would like our readers to check?

Phlegathon: Haha, since Mortuz only mentioned bands and projects that we are involved in, I would like to give a heads up to a relatively new Polish band called Batushka. It is not often nowadays that I get impressed with
modern-day Black Metal, but their debut album from last year really made its mark on me. Great stuff.

4 Responses to “AN NCS INTERVIEW: MIST OF MISERY (MORTUZ, PHLEGATHON)”