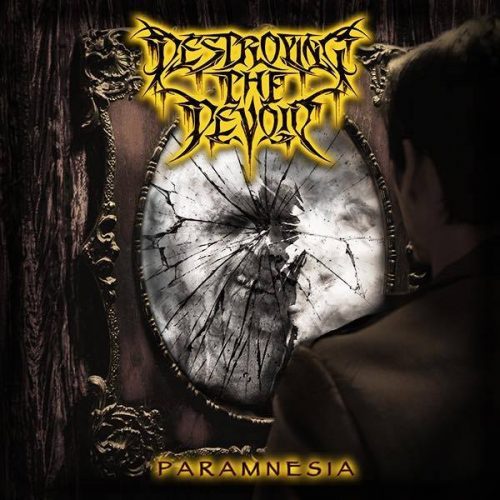 (TheMadIsraeli reviews the new album by Destroying the Devoid, the solo project of Deeds of Flesh guitarist Craig Peters.)

So… I’m going to have to confess something here.

I really dislike the Unique Leader style of death metal.

I know that’s heresy since they are a popular label now for the genre (and one whose bands NCS has featured regularly), but I’ve never been able to get into the super-machine-tight, super-technical, turned-up-to-11 all the time brand of death metal they are known for pushing. It just isn’t my thing, which is a shame because one of their flagships, Deeds Of Flesh, are obviously a great band — I’ve just been unable to fully appreciate them. I do have great respect for that band’s guitarist and composer Craig Peters, who has immaculate technique and does write interesting riffs from a guitar player’s standpoint.

I will also admit, though, that the subject of this review is making me consider going back and checking out Deeds Of Flesh’s discography in its entirety. 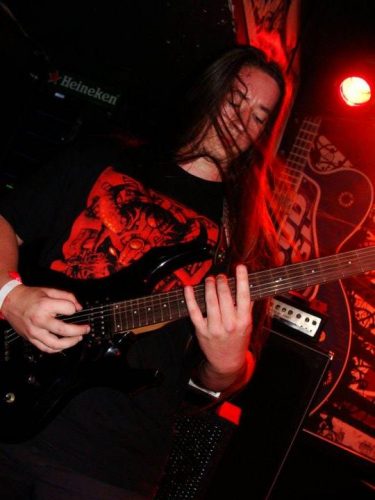 Destroying The Devoid is a solo project of Peters, an outlet for him to basically get music out of his system that would never fit in Deeds Of Flesh’s more alien, pure tech sound. This is indeed a different beast from Deeds Of Flesh, more old-school and more breathing room allowed for interesting riffs and melodies. The music still retains some of Deeds Of Flesh’s alien aura, but here it’s done with much more care put into the atmosphere, the melodies, and the crafting of interesting riffs that don’t rely on the suffocating blitzkrieg to which modern tech death has become accustomed. I mean, the music here isn’t really tech death either, even though it has technical moments. This is more the carefully crafted songwriter’s sort of death metal that I’ve tended to really appreciate lately.

Paramnesia is chunky, with tasteful symphonic elements and graceful fretboard ballet, and some old school prog metal songwriting. This is a standout release to me mostly because almost everything about this album reeks of the peak of ’90s extreme metal. The style, the riffs, the mix, the vocals, all of it resonates with me in particular since for me the ’90s death metal boom is still an unprecedented and unsurpassed musical evolutionary period.

This is, to me, one of the best death metal releases of 2016. It’s full of power and majesty of a kind you don’t hear too much of nowadays.

4 Responses to “DESTROYING THE DEVOID: “PARAMNESIA””