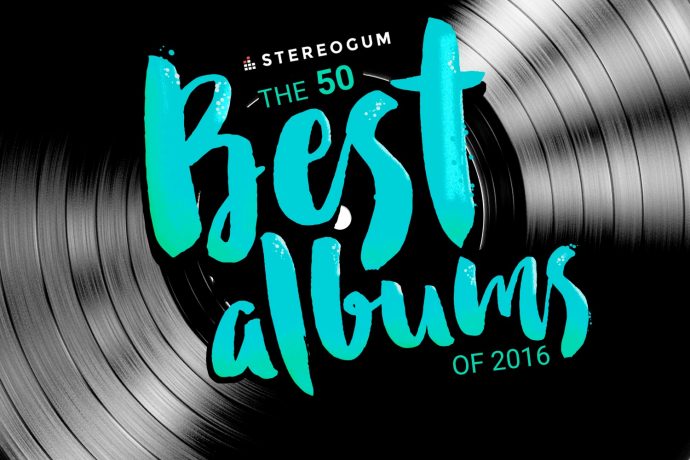 As you probably know, part of our year-end LISTMANIA series involves re-posting year-end lists of the best metal releases as selected by what I call “big platform” web sites and print zines, i.e., publications that reach numbers of readers vastly in excess of those reached by sites like ours that are more exclusively focused on metal, and in our case the more extreme variants of the genre.

In recent days Stereogum posted its list of “The Best 50 Albums of 2016“. This isn’t a “metal only” list. It’s an impossible comparison of apples to oranges, identifying and ranking albums across a wide range of musical genres. I suppose in that respect it’s like the musical equivalent of the Westminster Dog Show.

In past years, Stereogum has posted a separate list of the year’s best metal albums, and I assume we’ll see that list eventually. It will be much more relevant to most of you (and me) than this one, not only because it’s limited to metal but also because it’s usually compiled by the tasteful guys responsible for Stereogum’s monthly Black Market column.

Nevertheless, I’m writing about this list because it will probably be more widely read than the metal-only list and because it sheds some light on how the perspectives of mainstream culture about metal are being shaped by mass media.

I’m not going to wear out my fingers typing the names of 50 albums. To see the complete list, go here:

What I will do is identify the metal albums on the list — there are only two, which I guess tells you something about how Stereogum perceives its audience — plus two more of interest to myself (recorded by legends whom the Grim Reaper took from us this year), as well as the album that Stereogum says is the best album of the year across all musical genres that it covers: