I’ve already forgotten how I came across Mordicus. It was only a month or so ago, but my memory is porous and things leak out. But I didn’t forget the music. The first song I heard (“A Thorn In Holy Flesh”) wasn’t what I was expecting. It struck me as something very different from much of the death metal from that era that I’ve discovered over the last decade. As I listened to the rest of the album which includes that song, the initial impression was reinforced. And the album is really good.

Mordicus came together in Joensuu, Finland, in 1990. The members were in other bands at the time and were interested in death metal, which was still a new thing. In 1991 they recorded a couple of demos, and then the following year a U.S. label named Skindrill Records released a 7″ Morticus EP named Three Way Dissection. In 1993, after sending promos to different labels, they reached a deal with Thrash Records and recorded their debut album, Dances From Left, which also turned out to be their last album. It was released in 1993. 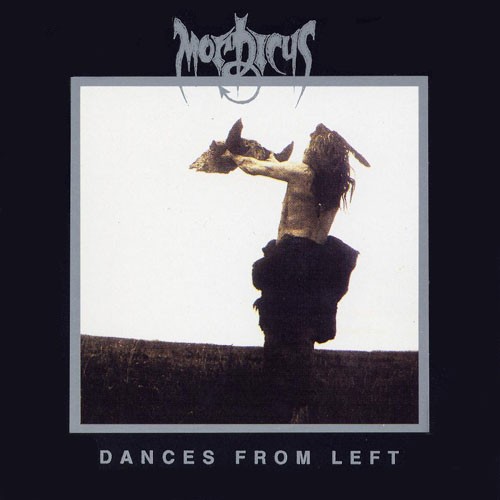 By the time Mordicus recorded the album, they had decided they didn’t want it to be 100% “pure death metal”. They wanted the album to be a dynamic trip for the listener, and they incorporated elements of thrash, rock, and more classic heavy metal into their songwriting. The result is something that sounds distinctive. The band’s guitarist/keyboardist Isto Jänönen has identified Carcass and Entombed as influences, but there’s a lot more going on in the album than you would expect if you were only familiar with Necroticism, Heartwork, Left Hand Path, and Clandestine.

In the 2007 interview with Jänönen that I’ve used for the information you’ve read so far, he said this:

“[W]e wanted an album that would have dynamics more than any other Death Metal album back then, we wanted to have different kind of songs on the album. So there were all kinds of different influences that affected our songwriting…. I guess Dances From Left stands out from many other Death Metal releases from those times. Musically I wouldn’t say that is anything really original though, it has just more variety than many other albums, good riffs and the sound of the album is much better than most of the albums released back then.”

After Dances From Left, the line-up of Mordicus changed, and even the remaining members became less interested in death metal, integrating more hardcore influences into their sound. They recorded a second album in 2000, but it has never been released, and Mordicus eventually disbanded after that. 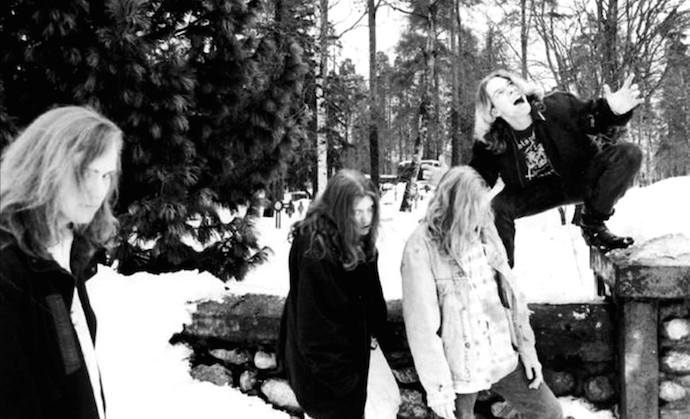 So this is another example among many that we’ve covered in this Rearview Mirror series of a young band who released only one album during a formative period in the history of extreme metal, yet it turns out to be an album that has lasting appeal. I’ve picked four songs from the album for you to hear below, but the whole album is well worth your time (there’s a full-album stream on YouTube here).

It was remastered and reissued on CD by Temple of Darkness Records in 2008 and again in 2015, and Svart Records gave it double-vinyl treatment in 2014 to celebrate the album’s 20th anniversary (some copies of those are still available from Svart here — I just ordered one).

2 Responses to “THE REARVIEW MIRROR (MORDICUS)”