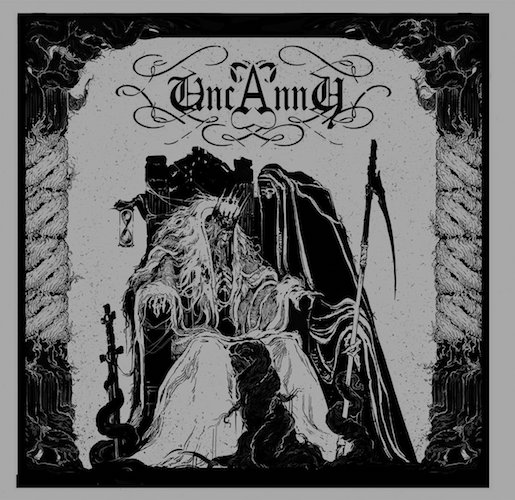 For those of you who were expecting a “THAT’S METAL!” post today (because I did say I would put one together on the first Sunday of each month), I have to disappoint you. I didn’t have time to compile a Shades of Black post either. I shouldn’t even be writing this post. My fucking day job, which usually leaves me alone on the weekends, has come close to taking over this one.

Although I should be working this very minute, I couldn’t resist the urge to quickly share some death metal with you before I go back to the project that has rudely descended on me like an anvil.

There’s no mistaking this music — it’s rotten Swedish death through and through, but it’s top-shelf skull-shattering material made by people who know what the fuck they’re doing. Lots of grisly energy, lots of pleasingly headbangable grooves, scintillating lead guitar work, horrifying vocals — what’s not to like? 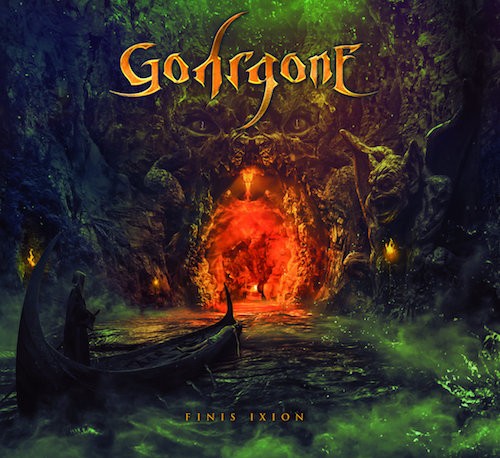 Finis Ixion is the second album by a French band named Gohrgone, released by Great Dane Records on November 10. From what I’ve read, I guess their first album was more in the vein of deathcore, but the new one is organ-rupturing death metal with a bit of blackening in the mix. Listen to the short intro track and then the first full song, “The Ember Grave”. If you’re like me you’ll be hooked.

“The Ember Grave” is highly infectious, with a central riff that will mercilessly hammer your spine, and plenty of sinister tremolo swarming and monster vocals to go along with it. There’s more where that came from — the album delivers one bone-fracturing groove machine after another, with bleak, morbid melodies that prove to be seductive and a powerhouse production that delivers maximum trauma. There’s a break in the action when you hit the instrumental title track — but it’s a very good, very dismal break.

P.S. There seems to have been a mistake in the Bandcamp upload, because the 6th and 7th tracks sound like the same song.

P.P.S. The missing song, “Tartarus Punishment”, can be found on Bandcamp HERE. 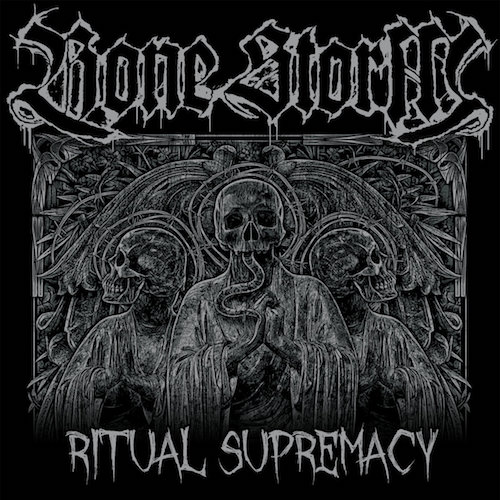 Bone Storm aren’t trying to break the mold, but when the output is this capable and well-formed, who cares? 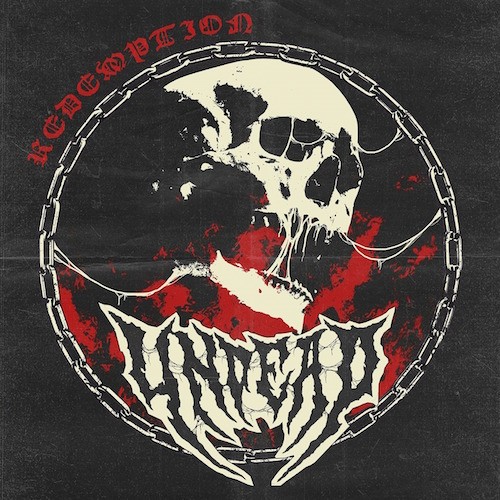 To wrap up this collection I’m sharing a lyric video for a song named “Volatile Existence”. It comes from a new four-track EP entitled Redemption by the part-Spanish, part-British band Undead. This is the band’s second release, following a 2015 EP named Blood Enemy.

“Volatile Existence” is as morbid as a loaded schoolbus on fire, and convincingly barbaric, too. The vocals in particular are pure demonic filth — scathing and vicious. The rest of the EP is a ferocious romp, too, packed with eviscerating tremolo riffs and explosive, knee-capping, kidney-punching drumwork. I would guess the band is called Undead, because even the dead couldn’t sleep through this electrifying onslaught.

Redemption is available on iTunes, Spotify, and Amazon MP3. I’m including a full stream of the EP along with the video for “Volatile Existence”.