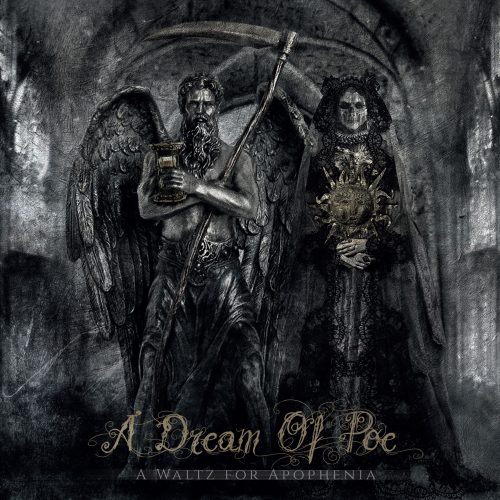 With the new album A Waltz for Apophenia, A Dream of Poe concludes a conceptual trilogy that began with The Mirror of Deliverance (2011) and continued with An Infinity Emerged (2015). The new album is being released today by Solitude Productions, and to help spread the word we bring you the premiere of all 8 new songs.

On the new album, composer and instrumentalist Miguel Santos (a native of The Azores islands but now living in Edinburgh, Scotland) is again joined by lyricist Paulo Pacheco and clean vocalist Kaivan Saraei, with both Santos and João Melo voicing the harsh growls. 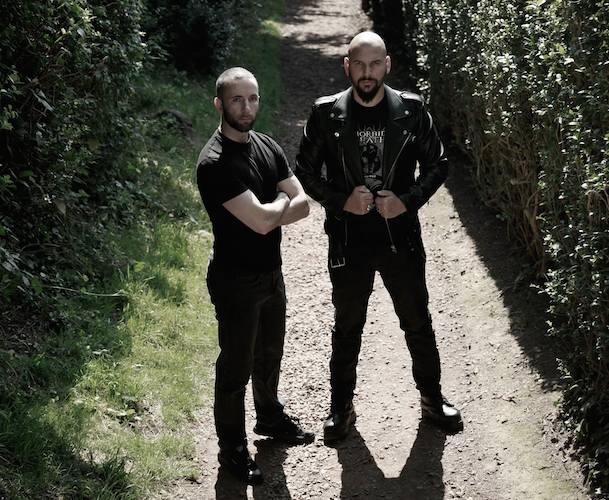 The album’s opening track and first single, “La Mort Blanche”, is the kind of somber ballad that could appeal broadly to fans beyond the borders of metal, even with its big groaning riffs and vibrating bass tones. Kaivan Saraei has solo vocal duties on the track, and his delivery is a highlight, along with one of this album’s best guitar solos (though the soloing through the album is another one of its highlights).

But the song is perhaps less representative of the rest of the album than any of the others you might choose to hear. You get a more compelling vision of the album’s style in the song that follows it, “Abyss, My Lover”, with its gloomy, gothic aura, its slow, monolithic riffs, and the combining of Saraei’s clean vocals with jagged, agonized howls. The mood of the song is one of abject personal grief, combined with the sweep and catastrophic power of something like buildings collapsing in slow motion into city-sized sinkholes.

Atmospherically, the album persistently plumbs the depths of misery and despair, with heart-aching melodies and a low-end sound that’s as heavy as anvils. The songs are often slow and soul-crushing, but the music is also beautifully embroidered with Saraei’s soulful voice and that array of vibrant guitar solos mentioned earlier.

The band also pick their moments to supercharge the wrenching intensity of the music, with both Saraei’s vocals and the riffs rising in range, anchored by bursts of double-bass thunder and joined by hair-raising howls of bestial agony.

The album’s centerpiece, and its longest track at nearly 11 minutes, is “A Valsa Dos Corvos”. It powerfully displays all the dimensions of the music on “A Waltz For Apophenia”, including both its stricken, heart-aching ambience and beautiful clean vocals and its capacity to deliver passages of harsh power, fueled by brutish jabbing chugs, a fiery guitar solo, and strident piano chords.

The arrival of this album is well-timed to coincide with the descending gloom and chill of winter. For fans of heavy melodic doom in virtually all of its manifestations, this is an album that should prove richly rewarding.

A Waltz For Apophenia is being released on CD with a 12 page-booklet and artwork by Augusto Peixoto (Irondoomdesign), and it’s available digitally as well. Order info is available through the links below. Also below, in addition to our full album stream, you’ll find the band’s new lyric video for the opening track “La Mort Blanche”