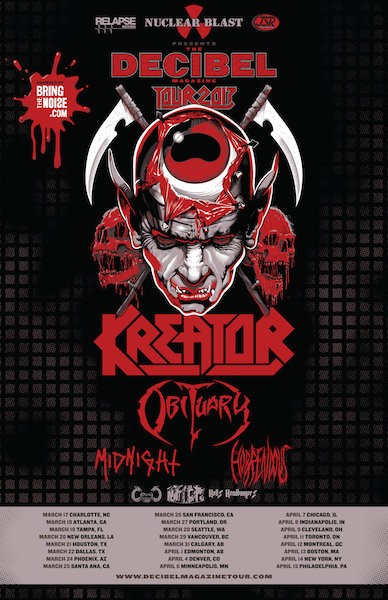 A bit earlier today DECIBEL magazine announced its sixth annual North American tour, which will run from mid-March to mid-April of 2017. As you can see from the flyer up there, these are the touring bands:

In addition to those four bands, which in my humble opinion make a great line-up, there will be regional opening bands in “select markets”, which will be announced next year.

The full schedule is below, and tickets will go on sale on Friday, December 9, at 10 a.m. EST, here: