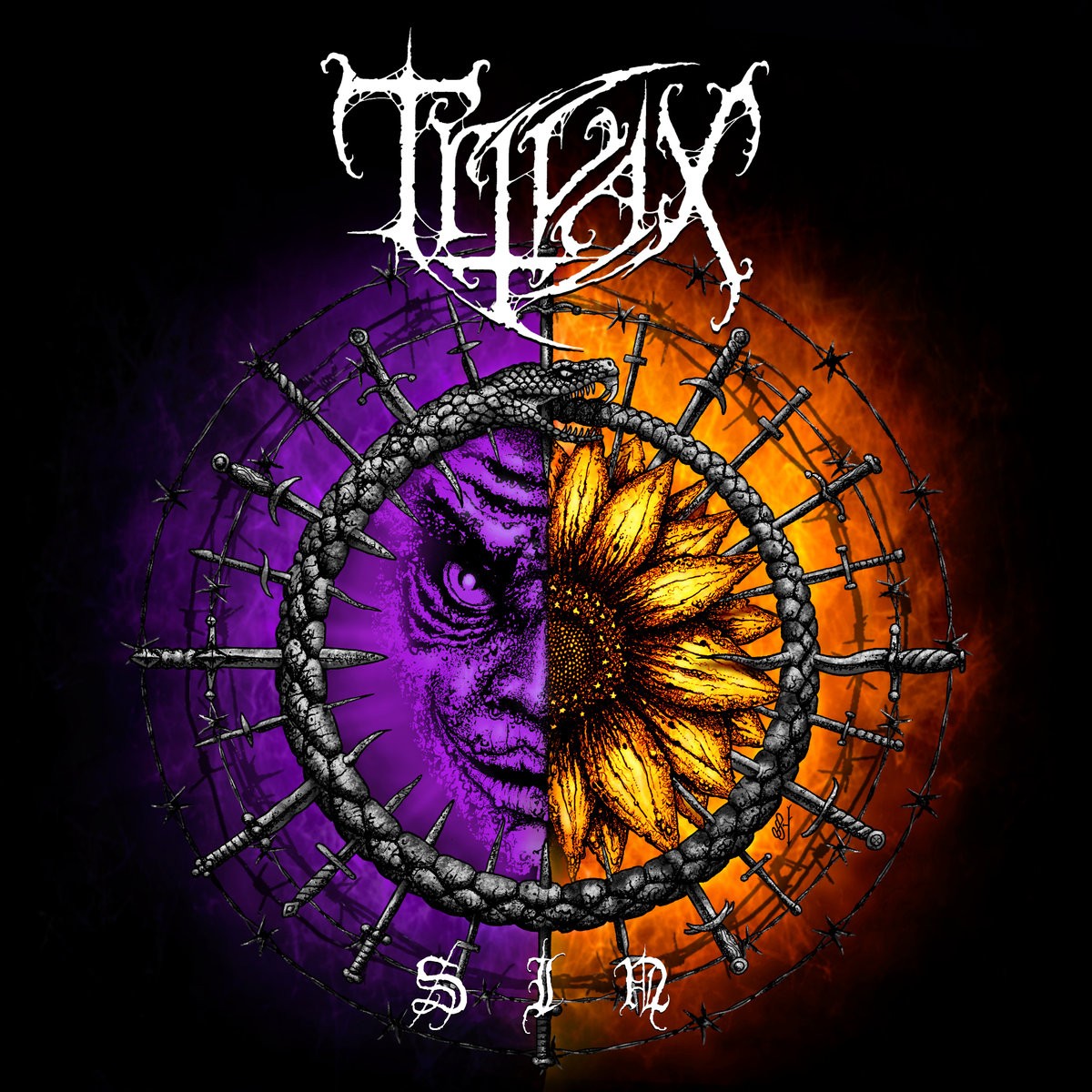 And that’s the purpose of these columns. To bring these bands to a wider audience as best I can. 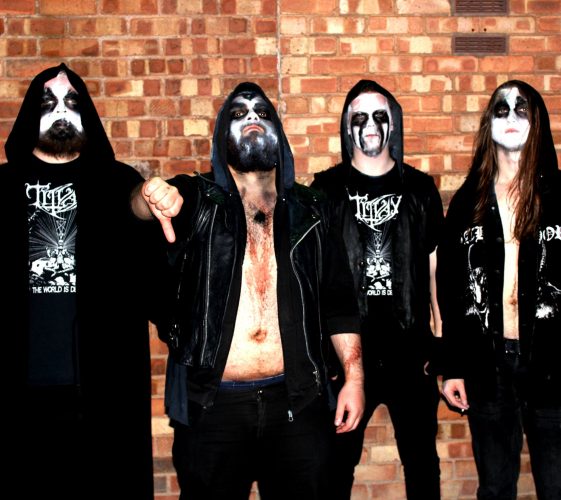 All cards on the table, I’m cheating a little bit here, as Trivax were originally formed in Tehran in 2009, but the band only really took off after guitarist/vocalist Shayan S moved to Birmingham in 2011 and recruited himself a whole new line-up of angry Brummie boys to help make his Blackened Death/Deathly Black Metal vision a reality.

SIN is the first full-length Trivax album, after a number of well-received EPs and singles, and the time spent prepping and refining the band’s sound and delivery through these smaller releases has definitely paid dividends, as the performances, the compositions, and the production on this album are all of an extremely professional quality.

In simple sonic terms the material on SIN plants its flag somewhere between the Death and Black Metal influenced approach of A Hill To Die Upon and From The Vastland (both of whom should be very familiar to our readers by now), albeit with a much more melodic bent to things. And while it’s not the most original sound, originality isn’t always the be-all and end-all, particularly when the band (whose line-up also includes long-time members Matthew Croton and Benjamin Sheldon, rounded-out by new-ish bassist Phillip Taggart) deliver every track with this level of panache and potency.

It’s not without its flaws of course, the biggest of which is the sheer, overwhelming length of the album, which runs to a solid 70 minutes and change, with the average length of its songs (disregarding the somewhat superfluous piano interlude of the title-track) clocking in at around seven minutes. And while this definitely gives you a lot of bang for your buck, there are definitely a few points where things start to meander a little.

Thankfully these moments are relatively few and far between, and the majority of SIN is a rip-roaring assault of burly (yet melodic) riffs, slithering tremolo runs, and punchy drum work topped off with Shayan’s surprisingly comprehensible mid-range snarl.

Highlights include the outright Dissection worship of the galloping, grooving “Chaos Above Order” (replete with some rather nice twin-guitar harmonies and shamelessly extravagant lead guitar work) and the ambitiously epic “Voidstar”, as well as the impressively multi-layered “Of Stone and Flesh”, which is seven and a half solid minutes of buzzing, barbed-wire riffage and devilishly dark melodies that are as broodingly atmospheric as they are undeniably infectious.

Concluding with the seething blackened rush of “….And He Wandered Off to Nowhere”, SIN is proof positive that you don’t always have to break the mould in order to make an impact. So make sure you give this one a listen next time you’re in the mood for some classic Black/Death vibes. 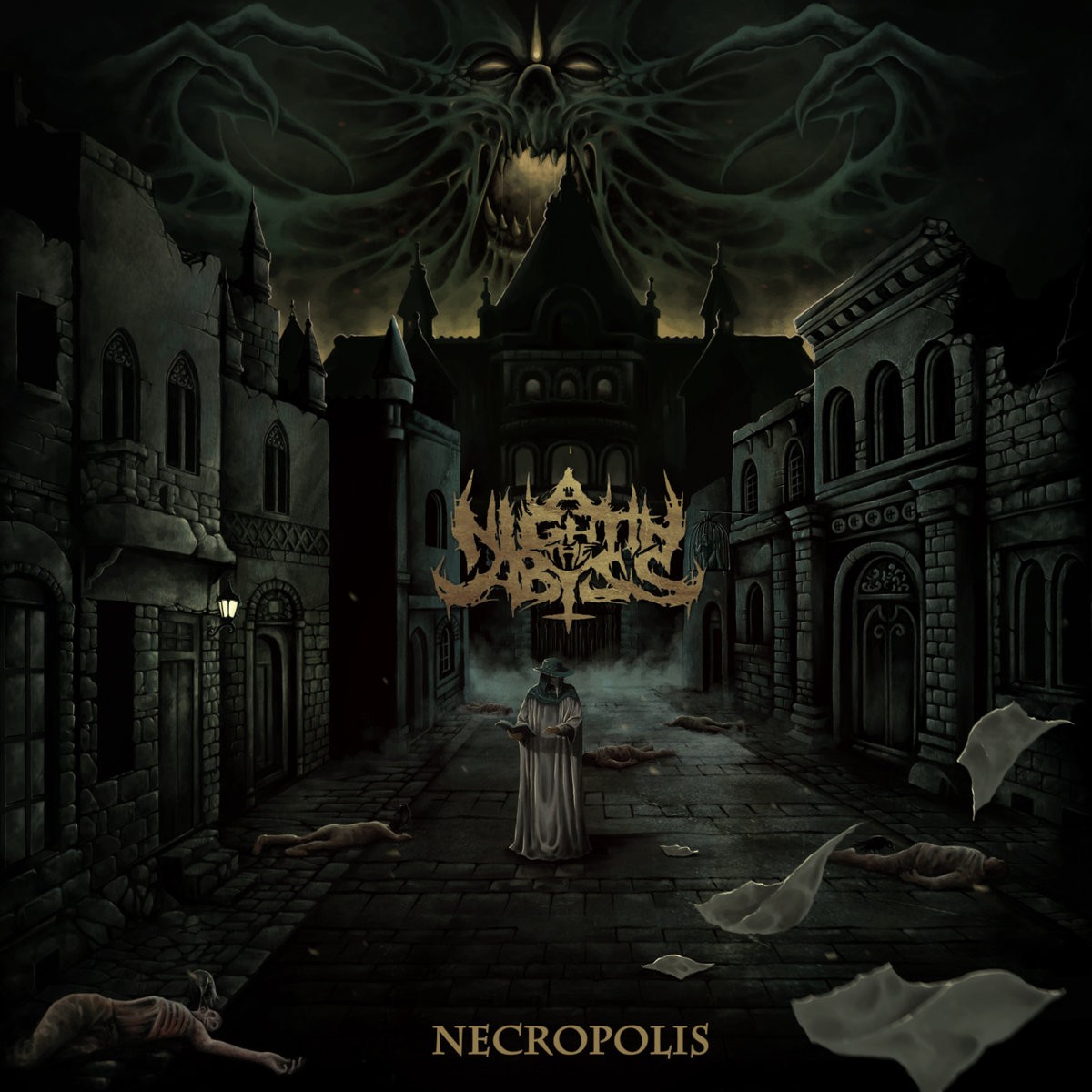 A NIGHT IN THE ABYSS – NECROPOLIS

Far too often I feel like the self-described “symphonic” bands tend to be a complete triumph of style over substance. Most of the time these synthetic orchestral embellishments are utterly interchangeable and come across as either a half-assed afterthought or as a crutch designed to give things a fake “cinematic” feel and cover up the deficiencies in the rest of their material.

Symphonic Death Metal pioneers Septic Flesh, for example, have spent the last two albums paying more attention to their Hans Zimmer fantasies than to the “Death Metal” part of their sound, and I’ve honestly lost count of how many by-the-numbers Deathcore bands I’ve heard this year who think that adding some generic synth strings to their songs somehow makes them “epic”.

Thankfully, Brightonian brutalisers A Night In The Abyss at least appear to have a much better grip on things than 90% of their peers, and their symphonic accoutrements are used as far more than just simple window-dressing but, at the same time, aren’t obnoxiously overbearing either. As always, balance is key, and the use of atmospheric orchestration on Necropolis definitely adds an extra burst of flavour to the band’s spiteful Tech/Death/Core stew.

Opener “Aborted Idol” sees the band putting their best foot forwards. The song’s concentrated dose of lacerating riffs, neck-snapping rhythmic break(down)s, and all-round air of evil intensity is reminiscent of latter-day Job For A Cowboy at their best, and is followed in quick succession by the barbarous blastery of “Cold-Hearted Comeuppance” and the hooky blackened Death(core) of “Nepotism” (which punctuates its pernicious pummelling with some subtly proggy/technical touches).

It’s plainly obvious that the band are all exceptionally talented musicians, with drummer Adam Lewis putting in a particularly impressive performance behind the kit, not just in terms of his sheer stamina, but also in the subtle creative choices he makes during some of the album’s more progressive and/or technically-inclined moments.

The riffs of guitarists Chris Homer and Jack Higgs (who is also responsible for the album’s ever-present background of eerie, atmosphere-enhancing keyboards) are also of an extremely high quality throughout, as swift and as sharp as a scalpel and yet still chunky enough to deliver some impressive auditory heft when needed, while frontman Josh Hillier’s vocals split their time about 60/40 between a pleasingly grim guttural and a raspy, mid-high range snarl, and he delivers his lines on tracks like the tech-tastic “Pavor Nocturnus” and the Black Dahlia Murder-esque “Gaia” with admirable clarity and diction (stop sniggering).

Barring a couple of missteps (“The Human Condition” starts strong, but just doesn’t seem to stick in the mind for some reason, and closer “A Family Crucifixion” unfortunately falls prey to a some of the more generic Deathcore tropes), Necropolis is exactly the sort of album – savage, technically proficient (but not self-indulgent), and laden with atmosphere – capable of convincing even the staunchest detractors of this style to rethink their stance. 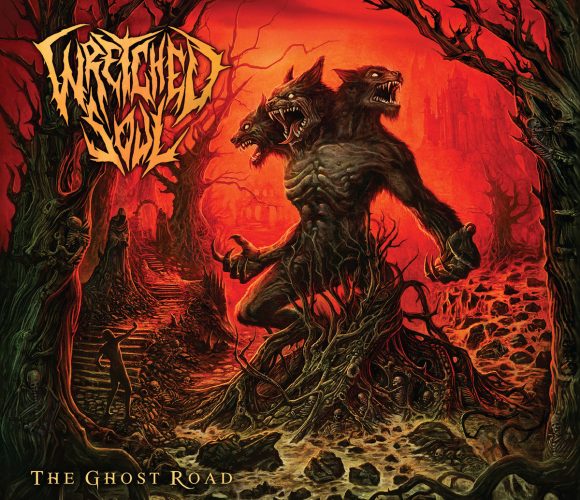 The Ghost Road is the second album by Canterbury quartet Wretched Soul, a band who peddle a particularly interesting blend of styles, founded in classic Thrash, but bearing its strong Trad and Black (and, arguably, Power and Death) Metal influences proudly on its sleeve for all to see. It’s an album made by a bunch of guys whose abiding love of all things Metal is obvious in every single note.

Opener “Necromancer”, for example, sounds a little bit like Skeletonwitch covering Judas Priest… or Judas Priest covering Skeletonwitch… depending on how you look at it, and the song’s simple but oh-so-effective chorus should immediately put a smile on the face of anyone who was a fan of the dearly-departed 3 Inches of Blood.

Follow-up “War Wolf” is a notably heavier affair though, both in terms of its chunkier riffage and in vocalist Chris Simmons’ use of a generally harsher vocal style, that sees the band going hell (bent) for leather for four furious minutes of metallic mayhem, while “The Silent God” sees the troupe channelling their inner Mercyful Fate and their inner Absu in shamelessly grandstanding fashion.

Parts of “The Great Destroyer” could easily be mistaken for an unreleased Kreator track from back in the day, if not for the crystal-clear, modern-day production and the song’s ostentatious, Trad Metal chorus, while “Bury the Heretic” is part Black-Thrash gallop and part Power Metal anthem… a mixture which works far better than you might think (particularly since the riffs and drums, courtesy of brothers Steve and Andy Clifford, are utterly top notch throughout).

It shouldn’t need saying, but the sheer exuberance on display on this album is absolutely one of its best features, and the obvious love these four guys have for what they do shines through on every single track.

Whether it’s the hook-infused, Blackened Death Thrash amalgam of “I Am The Thunderer”, the driving, Bathory-meets-Iced Earth grooves of “We Made The Gods”, or the phenomenal title-track, which closes out the record in a gloriously grandiose display of metallic alchemy, every single song on this album is a potential anthem in the making.

What’s also notable about The Ghost Road, aside from just its pure quality, is how it manages to pay tribute to the classics without coming across like a shallow facsimile or self-consciously retro tribute to a bygone era.

So if you’re looking for something that transcends trends, and thumbs its nose at what’s “fashionable”… something that’s as Metal as a Very Metal Thing… get this one in your earholes asap.