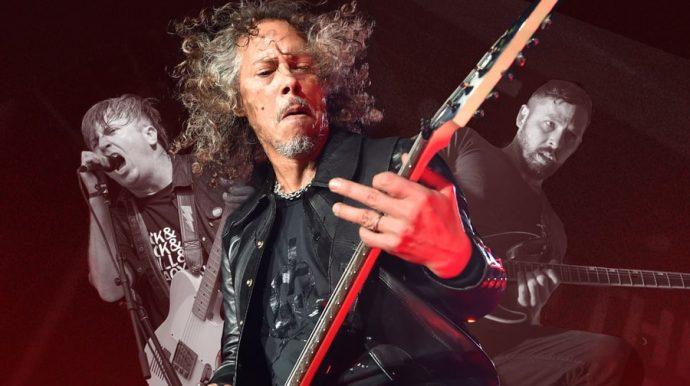 No, we’re not being repetitive. Yes, we did post a year-end list by Rolling Stone magazine earlier in our LISTMANIA series, but that one was the magazine’s list of the top 50 albums across all genres of music that they care about. This, however, is a list in which metal isn’t elbowed aside by the likes of The Monkees, Elton John, and Brandy Clark, leaving only Metallica standing as the lone metal recognition.

This is Rolling Stone’s list of the “20 Best Metal Albums of 2016”, which appeared yesterday. And here it is:

Yes, unsurprisingly, Metallica gets the AOTY spot. Equally unsurprising, the list is loaded with other big names who have long histories, along with other more recent mass-appeal crowd-pleasers (including Gojira, who seem to have arrived on the big stage this year with the least interesting album of their career, though one that isn’t bad, mind you).

Yet the list does have its interesting and even unexpected features. Like many other lists from “big platform” web sites and large-circulation print zines, Rolling Stone’s list recognizes the quality of Khemmis’ new album (for those of you playing SurgicalBrute’s drinking game, it’s time for another shot), and it includes the collaboration by Cult of Luna and Julie Christmas as well as the albums by 40 Watt Sun, Virus, Gorguts, and Sumac. I confess that those surprised me.

But the biggest surprise, hands down, is the appearance of Frontierer’s album. That’s a deep cut, and a big deal for those Scots, and one that makes me very happy for them.

Anyway, if you’re interested in reading Rolling Stone’s commentary about all the albums on this list, go here:

Now, how about some comments?