Skadi is the name of the new sixth album by Colorado’s genre-bending The Flight of Sleipnir. It will be released on January 20 by Eisenwald. The first advance song from the album was released a couple of days ago, and its name is “Awaken”. 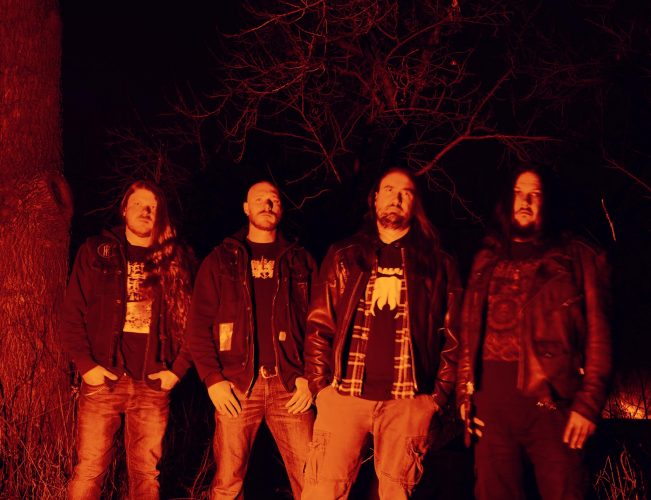 “Awaken” is a musical tapestry of many hues and patterns, ranging from slow, groaning, gloom-shrouded riffs to spectral guitar emanations, from soulful, blues-tinged soloing to head-hammering drum rhythms, from skin-flaying blackened shrieks to haunting clean vocals. It repeatedly ebbs and flows in its vibrancy and intensity, while preserving an overarching air of desolation. Very, very good.

Skadi is available for pre-order here: 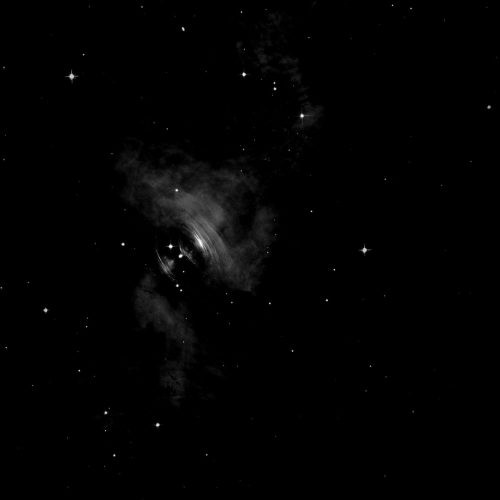 My colleague Andy Synn has written twice about Australia’s Mesarthim this year. The first was when he reviewed the last Mesarthim EP named Pillars, and the second was when he fashioned one of his three-line haiku reviews for their latest album, the name of which was rendered in Morse code: .- -… … . -. -.-. . (Andy’s haiku was in code as well.)

Andy told me that at the end of the last track on that most recent album, the words “The Great Filter Approaches” are spelled out in Morse code. And now we know what that meant, because The Great Filter has arrived.

That’s the name of Mesarthim’s new song, which is more than 21 minutes long. It was released yesterday on Bandcamp. It epitomizes the idea of a musical voyage, in this case a voyage into the alien, awe-inspiring vastness of space, or so it seems to this listener.

The shrieked vocals are searingly intense, and in its multiple crescendos the music becomes overpowering in its capacity to carry you away, yet the quiet moments in this long piece are also mesmerizing. A wonderful experience.

P.S. I don’t have inside knowledge about the source of the name of this song/EP, but would guess it refers to an aspect of Fermi’s paradox, discussed here. 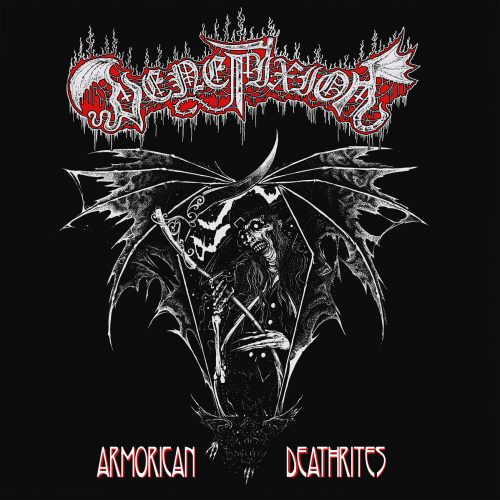 Venefixion began as a two man project consisting of Australia’s K. Desecrator (guitar, bass, drums) and Germany’s F. Goathroat (vocals), both of whom moved to Brittany in France earlier this year where they were joined by lead guitarist W. Cadaver. In September I fawned over this trio’s four-track demo tape, Defixio, which was released not long afterward by Iron Bonehead Productions. What you can stream below is the band’s new EP, Armorican Deathrites, which Iron Bonehead released on November 28.

The EP’s organ intro is a brief bit of fascination before Venefixion show what they’re really made of, and what they’re made of is ferocious, fiery, thoroughly electrifying death metal that draws together a panoply of old school ingredients in a very cohesive and accomplished way. The echoing vocals are monstrous, the solos are incinerating, the riffs get stuck in the head very fast, and the drum rhythms move seamlessly from d-beat romps to head-hammering thunder to dismal stomps.

Armorican Deathrites comes late in the year, but it’s one of the best EPs I’ve heard all year. Make time for this without fail!

In July I spilled some words about the first single by a new Detroit death metal band named Centenary. Now Centenary have returned with another single, this one named “Malignant Winds”. It will appear on the band’s debut EP …Where No Lives Matter, which will be released on January 1, 2017.

The song is well-named, because it oozes malignancy as well as a feeling of pestilential morbidity. But it will also shoot a megawatt charge of energy into your brain stem, while vibrating your skull with the visceral power of that classic chainsaw guitar tone. The skittering guitar solo is deranged, the vocals are bestial, the drumwork is vibrant as hell — the whole song is a high-powered kick in the head.

5 Responses to “SEEN AND HEARD (PART 1): THE FLIGHT OF SLEIPNIR, MESARTHIM, VENEFIXION, CENTENARY”