This morning brought the premiere of yet another track from the new album by Belgium’s Emptiness. I’ve enjoyed all of them so far, but I think this one is my favorite. 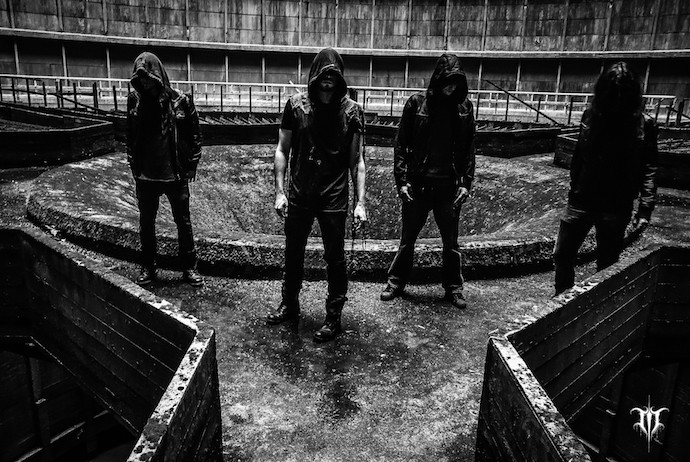 The album’s name is Not For Music, and this new track is “Let It Fall”. CLRVYNT handled the premiere. The press release we received included this comment about the track by the band: “We try to exploit confusion to maximum efficiency and transport the listener into a world that wants to exclude him. Nothing to enjoy.”

I understand that comment, but there is in fact a lot to enjoy in the song. The distorted, beast-like vocals are indeed ugly and unwelcoming, and there are strange and unnerving passages in it as well, but when the song is in gear, it’s a rumbling, hard-driving, highly infectious machine. The chilling, hallucinatory quality of the song, which becomes dominant in the closing minutes, is also one of its strengths.

Not For Music will be released by Season of Mist on January 20. They’re accepting orders here. 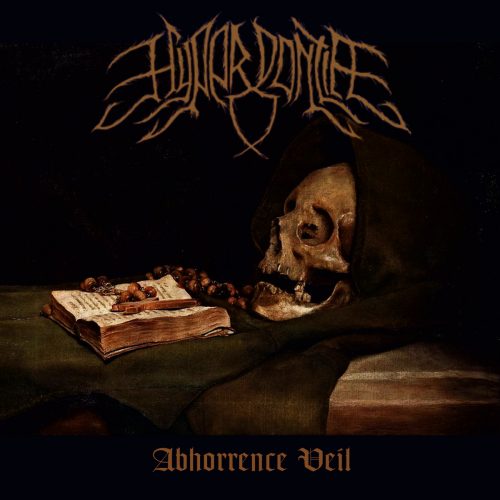 Hyperdontia come our way from Copenhagen, Denmark, with a debut EP named Abhorrence Veil that was released via Bandcamp on November 14. It appears that a vinyl edition will be released early next year by Night Shroud Records.

I know nothing about this band other than what I hear on Abhorrence Veil, but it’s an incredibly good, incredibly nasty release. You can listen to two songs below, but if you buy it, you’ll also get a third, bonus track — “Malicious Concept”.

Hyperdontia link arms with some very old, very ugly death metal traditions (fans of Incantation, in particular, are likely to eat this up), with its slow, grotesque, über-deep growls and extremely morbid, pestilential, vibrating riffs. But the music is also galvanizing as hell, thanks in part to a production that gives the bass and drums the kind of massive punch that threatens organ rupture and a dynamism in the song-writing that keeps you on your toes.

I’m curious to find out who is in this band, because they don’t sound like newcomers. Out of the blue late in the year, this descends like a giant flaming meteor, one of the top death metal EPs I’ve heard in 2016. 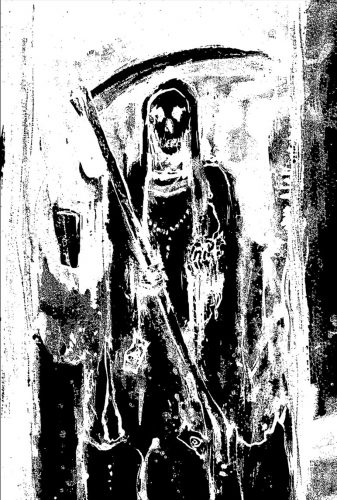 This next EP isn’t as brand new as everything else in this collection — it was released on January 24, almost a year ago — but it’s new to me. I discovered it via a Facebook status by a member of Atrament, who gave it high praise. And I now want to give it high praise, too.

The name of the EP is Plata o Plomo and it was recorded by a trio from Los Angeles named Zoloa. Only after being blown away by the EP and trying to learn more about the band did I discover that its line-up includes vocalist/guitarist Eduardo Ramirez (aka Volahn), as well as two other participants in The Black Twilight Circle –drummer Patrick Lujan (Volahn, Criminal) and bassist/vocalist U. Martinez (Kuxan Suum, Blazing Eye).

The music is hard to pin down in genre terms. It certainly has a beating heart of crust/punk, but the vocals are the kind of harsh, heartless, echoing roars and scarifying shrieks that you’d be more accustomed to hearing in monstrosities of black/death metal. The distorted guitars sound ugly as sin, the rhythm section hits like a manic pile-driver, and the production delivers the music in a way that, overall, is absolutely bone-crushing.

Bloody, blood-pumping music that I wish I’d discovered a long time ago. And I wish this EP were twice as long. 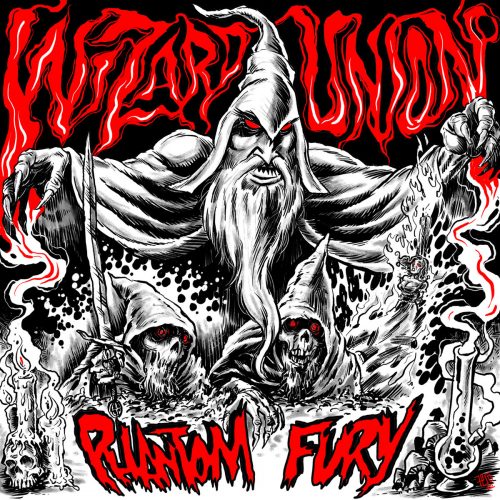 I picked this next EP to end this two-part Seen and Heard collection in part because it expands the variety of the music and in part because it’s made of riff gold. The name of the EP (which was released on November 25) is Phantom Fury and it comes from an Ann Arbor, Michigan, trio who call themselves Wizard Union.

The enormous, fuzzy riffs are powerful addictive, and together with a spine-fracturing drum-and-bass tandem, they shake you right down to the hairs on your toes. The vocals may come as a bit of surprise — they have the high, raw, abrasive, braying tone you might be more accustomed to finding in punk and hardcore — but they amplify the destructive qualities of this head-wrecking music, and I have no complaints about that.

And yes, despite all the stoner references that litter this EP like spent roaches, it is indeed a rolling demolition job that’s not meant as a soundtrack for polite, dazed head-bobbing. But don’t get me wrong — heads and bodies definitely will move to this stuff. It’s irresistible.