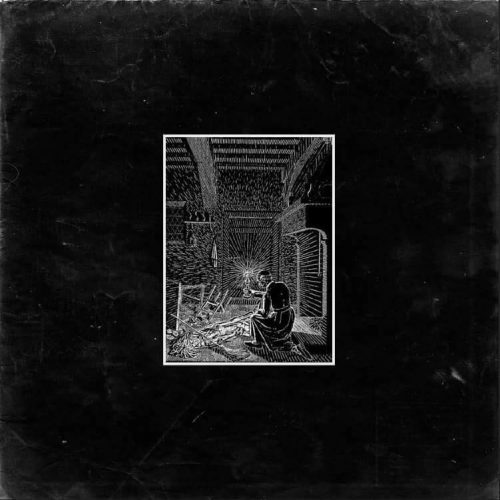 Some album titles seem to have little or nothing to do with the sound and atmosphere of the music. Some titles tell you a lot about what you’re going to hear. Without Condolence, the debut album by New Jersey’s Cowardice, is in the latter camp.

The title implies the existence of grievous loss or tragedy, and it also conveys a kind of cold fatalism as the response. Or I suppose it could be understood as a statement about the uncaring dice roll of daily existence — when you least expect it, life will fuck you without remorse, and without a comforting hand to assist in your recovery. The music offers no condolences either. It hits with the staggering force and wrenching agony of incurable desolation, and its visceral power and emotional intensity are compelling.

We have a sample of what I’m trying to describe, a song called “No Sovereignty“, which is the album’s opening track. 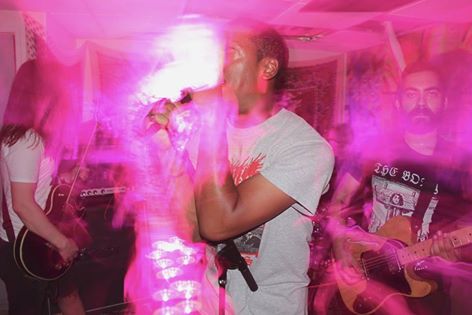 The shriek and drone of feedback in the opening seconds and the slow, sludgy notes that follow that squall are a warning sign of what’s about to happen, but still not adequate preparation for the crushing impact of the entire band coming down on your head like an anvil. The bass and drums strike with organ-rupturing force. The guitars, which are caked in distortion and ugly scabs, are so thick and twisted that I wouldn’t put it past them to warp steel girders if the song were blasted at a construction site.

And the vocals — man, the vocals are devastating, something like a cross between the sounds of internal organs being regurgitated and the wretched shrieks of a man slowly being immersed in sulphuric acid. Every now and then, gruesome roars can be heard, as if the torturer wishes to be heard alongside the victim.

Cowardice combine all of these ingredients to deliver a sludge/doom pulverizer that’s lethally bleak and as unstoppable as a steamroller with a mind of its own, yet the song also has a reptilian seductiveness, and it generates a compulsion to move your head when you hear it, too. It’s always good to headbang when you’ve been pulled into someone else’s nightmare.

Without Condolence will be self-released on December 29, 2016. The track list is below, along with links for more info about the album. And then get ready to be taken apart by the song, without condolences.

Track List:
1. No Sovereignty
2. The Tearing Down
3. Synthetic Edens in a Crippled Will
4. I Yield My Prayers
5. Eroding Ethos
6. Lower Tiers of Life