During December, I’ll probably gather enough material for a 20th round of this here series. When such a post will be published, is still up in the smoggy air. 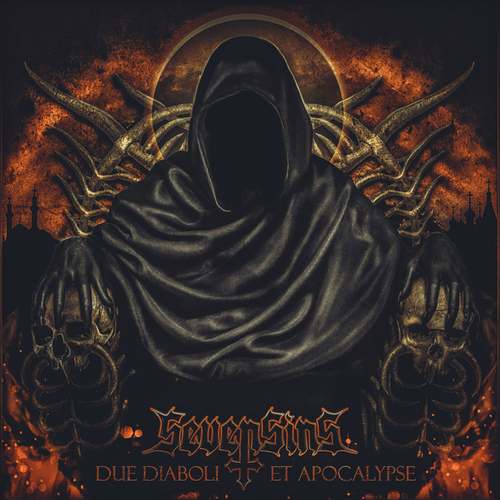 With about 30 active bands with releases to show for, Kazakhstan ain’t the most prominent on the metal map. All the more pleasing that Seven Sins deliver. They’re now launching the sophomore album, presented as “a conceptual journey through the dark and obscure side of the Middle Ages in Eastern Europe and Asia”.

The band play gentle, melodic, and grandiose symphonic extreme metal, with local seasoning. Mild, but not as harmless as Orphaned Land.

Metal and symphony are fully integrated into melodies that don’t appear as malicious, creepy, or aggressive, but rather with a powerful and good whiff of folk-inspirations. The folk instrumentation can to some extent be reminiscent of both Arkona and Melechesh, and these elements and moods separate Seven Sins from natural Western references such as Dimmu Borgir, Cradle of Filth, Anorexia Nervosa, et al.

Structurally, the Kazakhs have drawn inspiration from classical music, film score, and folk music, and the song’s designs fluctuate between waltz and epic drama, with elements of, amongst others, gothic, primitive, and occult undertones.

Due Diaboli et Apocalypse was released by Satanath Records on September 20th.

Watch the videos for Alchemist and Due Diaboli, and stream the album here. 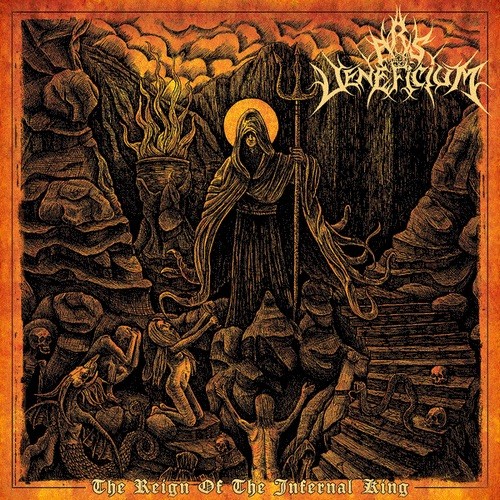 ARS VENEFICIUM – THE REIGN OF THE INFERNAL KING

Belgian Ars Veneficium are ready to conquer the world with bestial black metal consisting of a hellish drive, and a frenetic unvarnished inferno of foul contempt. Like black smoke from a tire fire, The Reign of the Infernal King fills the chamber with choking black nerve gas and rumbling fury that makes the room shake and its foundations to creak ominously at the seams. The prominent bass helps create this effect.

Rather than cold black metal, they exhibit the extreme warmth from Dante’s infernal flames.

The Reign of the Infernal King was released by Immortal Frost Productions on September 26th. 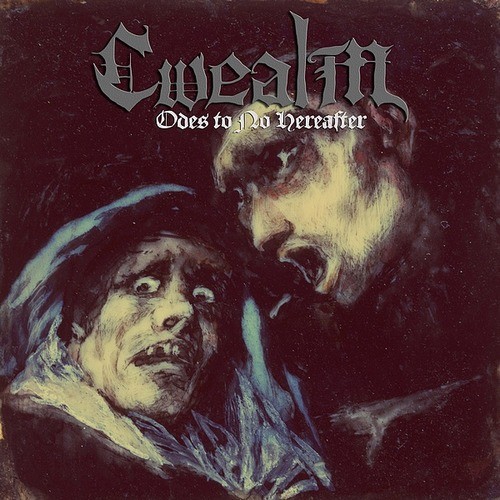 CWEALM – ODES TO NO HEREAFTER

Swedish Astraeus is the chief architect behind Cwealm. In a superb manner he continues indefatigably in the down-snowed but never overgrown footsteps first planted by Dissection and later maintained by Mörk Gryning, Lord Belial, Sacramentum, Winterland, et al. In other words, melodic black metal. With clever insight and respect, he avoids plagiarizing and rather creates his own distinctive signature, utilizing unconventional means to recreate the bygone spirit of yore.

The music is a fantastic display of innovative creativity and architectural frenzy. The vocals are an infamous sulphuric sermon, chanted out between clenched teeth in blind hatred, while the frenzied carousel of instrumental furore is spinning around and around like a tornado. I can hardly praise this swirling schizophrenic roller-coaster waltz enough.

Odes To No Hereafter was released by Dusktone on September 27th. 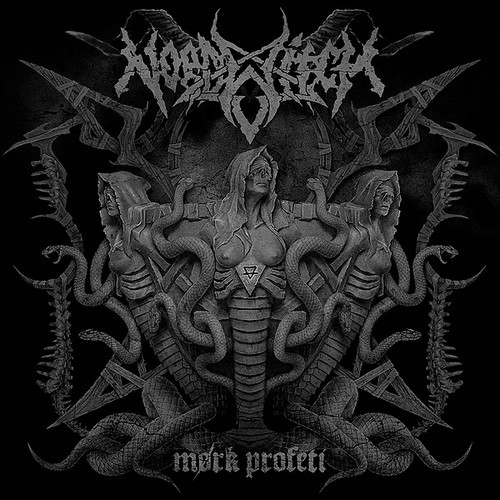 NordWitch hails from Ukraine, and was formed in February last year. On the debut with the nifty Danish/Norwegian title Mørk Profeti, which translates to “Dark Prophecy”, we find death metal with a lot of melody and mood, as well as aggression and punch, and a whiff of sulphur and soot. The vocalist may be “a sight for sore eyes”, but don’t you worry, this lioness is throat-wise no more feminine than a bull seeing red when delivering guttural Minotaur-roars.

Surely the rest of the band is talented too. The guitars swirl like butterflies and sting like wasps, to paraphrase (or misquote) Muhammad Ali. And that gorgeous cover art…

Mørk Profeti was released by Satanath Records on September 30th. 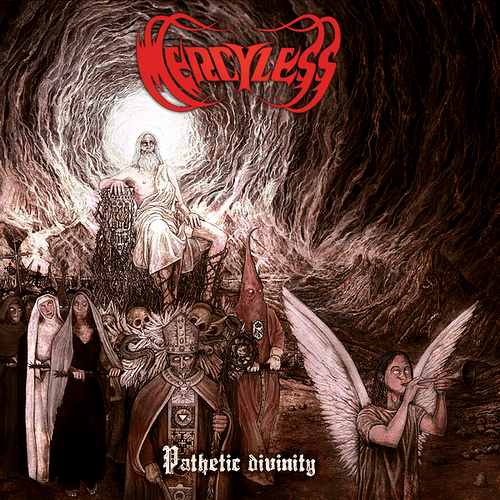 I’m rather baffled to learn that this hasn’t been covered here before, as Islander explained the track No Progress Without Regression from a 2015 split between the French death-mongers Mercyless and Crusher as a a “rumbling, grinding, jagged-edge juggernaut that combines elements of thrash and death metal with a nice morbid atmosphere”. In a sparse month, the band will be going into their 30th anniversary year! (And the bafflement continues.)

There’s a lot of crushing, but nevertheless ordinary death metal to be heard — ordinary because there’s so much of it around. Mercyless belong to the elite that manages to stand out a bit. The band’s brutal aggression carries a blasphemous message. Does this help provide Mercyless with that extra boost of motivation to emerge as genuinely pissed and veritably raging? Has the world seen the likes of this hellish drift since Genghis Khan traversed the steppes? So many questions. The infamous outbreak is tight as sticks of dynamite and detonates just as loud and powerful. You get the picture.

Pathetic Divinity was released by Kaotoxin Records on October 7th. 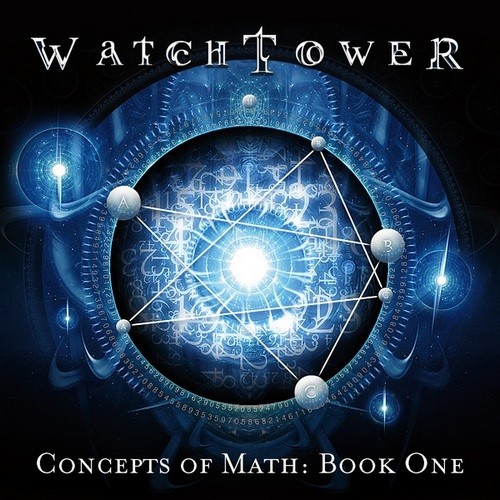 Any WatchTower fans around? Yeah, I thought so. This band is even older than Mercyless. The distinguished gentlemen behind this jazz-inspired progressive technical thrash act from Texas actually started out in 1982, and they have inspired their share of peers.

In 2010, WatchTower released the single “The Size of Matter”, and last year three new single songs were released digitally. These four are now collected under the title Concepts of Math: Book One, along with a brand new ten-minute-long song named “Mathematica Calculis”. This journey in Newton, Archimedes, and Pythagoras’ complex world of science occupies approximately ⅓ of the EP’s ½-hour duration. You be glad I didn’t present that as an equation.

Concepts Of Math: Book One was released by Prosthetic Records on October 7th. 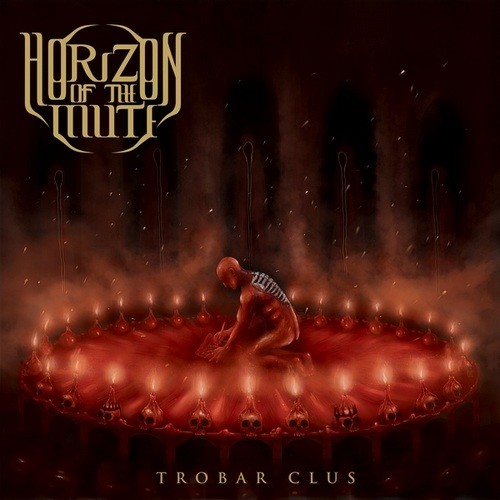 HORIZON OF THE MUTE – TROBAR CLUS

Say hello to Jani Koskela, and keep that name in your consciousness ’til I tell you to let go. Jani is the sole soul behind Horizon Of The Mute, and was a part of 0 X í S T, whom I’ve extremely sadly learned has split up.

With Horizon Of The Mute, Jani plays funeral doom with atmosphere thick as smog. Does it hail from the netherworld, or is it otherworldly? What is certain is that it’s slow as viscous syrup and monotonous. It feels like getting glued to the pavement while time gradually slows down to a standstill.

It’s also dark, rumbling, and gloomy, as if the very bedrock got a depressive identity crisis and quivered under its own weight. Droning and roaring noises come and go in slow motion. Alien rhythmic sounds take the role of percussion. Rather than trying to identify the many different ingredients in the steaming cauldron, I leave the exploration of details in Trobar Clus’ labyrinths to the listener. But mind you, the details submerge gradually through repeated spins. 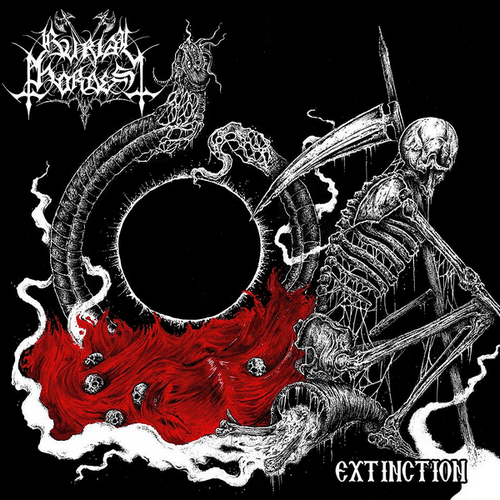 The previous album by Greek Burial Hordes, entitled Incendium, was presented by Islander almost three years ago. Recently, they gave us another 19 minutes of hard-hitting bestial death metal dripping with black furore. In general, the music is somewhat heavier and sluggisher, at times as slow as viscous cement. The music thunders. The vocalist’s voice resounds from the abyss. Moods are hostile, but not threatening, for there are no threats or warnings, only unannounced blind violence.

Destructive and devastating. Ye have been forewarned.

Extinction was released by Folter Records on October 28th. 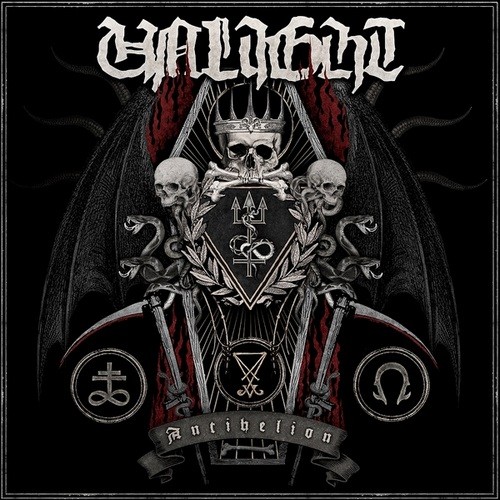 Unlight is a long-running German band that’s been reeling from melodic black metal through six full-length albums before this one. Unlight might remind you of certain Swedish bands, or the other way around, for these Germans have been at it for close to 20 years. Out of several potential references, I’m picking Naglfar to kick-start your compass if you’re not familiar with this band.

With Antihelion, powerful and bombastic melodic black alchemy is delivered with extravagant, flamboyant guitar works. The atmosphere is proud and majestic as a malignant spiritual leader in a sacrilegious sect, surrounded by snakes on a throne of stone. Using his telepathic skills, this satanic patriarch puts the enemy out of action when his sharp and rough vocals start haunting their minds and carving threatening hieroglyphs in the palms of their hands. The atmosphere has undertones of distant regions, and associations to the land of the Pharaohs sometimes come to mind.

Well, these are only my own wild imaginative images, and I might be a bit out of fucking control, but there’s something about the way the vocalist curses the earth he treads while the drums chase though the ancient catacombs in furore.

Antihelion was released by War Anthem Records on November 11th. 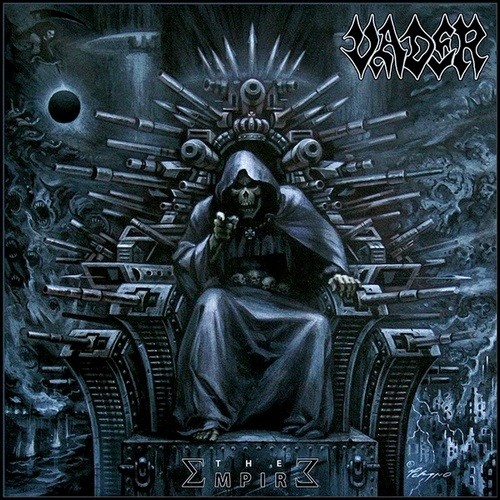 Somewhat surprised, I ascertain that The Empire, the new album by these Polish veterans, has only been briefly mentioned on NCS. No worries, I’ll clean up in this here aisle.

Vader don’t stall for time or overstay their welcome. This is pedal-to-the-metal. This is Vader. You know what you get and you know that you want it!

The Empire was released by Witching Hour Productions and Nuclear Blast on November 4th. 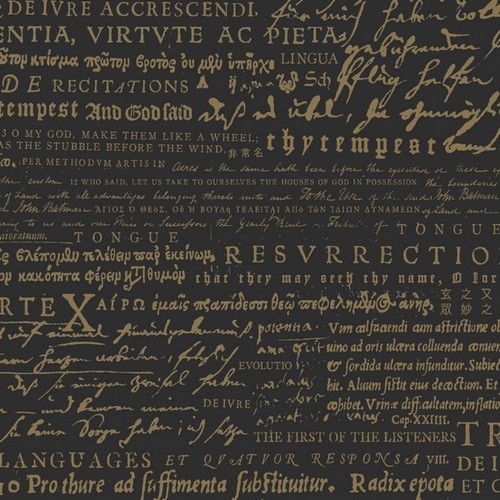 RECITATIONS – THE FIRST OF THE LISTENERS

From Trondheim, Norway, or Niðaróss as we used to say back in the viking age, comes yet another band that seeks to explore the dark and unknown via ethereal and esoteric dissonance. Supposedly without a pretentious attempt to be intentionally mystical, these allegedly well-known actors in the extreme metal underground wish to avoid a focus on individuals.

Distorted vocals twist the throat like a tattered floorcloth, not unlike Attila; ritual drums calls for war; guitars act as a volatile poltergeist; and the listener is surrounded by resounding echoes of transcendental sounds. Many different instruments, arranged in layers, create a thick alkaline smog. Electric organs emerge and form psychedelic disorder along with heavy ambient noises, thundering discomfort, quiet ritual passages, and hailstorms of furious drums. Just over halfway into “Tongueskull Sacrament”, a cacophonic whirlwind of Hammond and Moog hit land. The destruction is enormous, and perfect chaos is a fact.

As The First of the Listeners was released by both Signal Rex and Avantgarde Music on November 15th, I’ll throw in both their Bandcamp links for good measures. 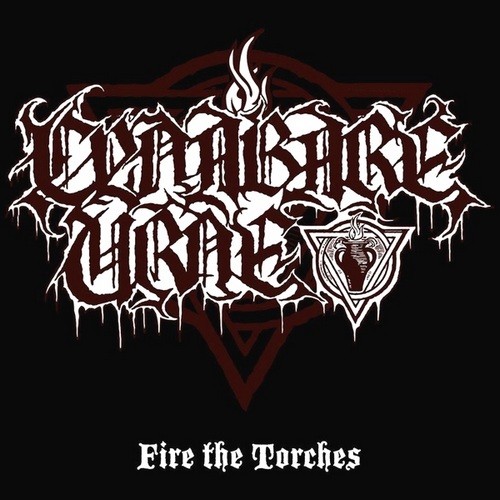 Remember that name I told you to remember? You can stop now. Don’t remember it? Don’t worry, it’s not the name itself, but rather the person that matters. I hardly remember myself. Due to unforeseen time-demanding events in life and my own site, this article must be more than a week in the making by now. Anyway, let’s round off short but sweet.

The very same Jani Koskela, along with Sameli Köykkä (ex-Colosseum), constitute this new entity — the former as vocalist and guitarist, and the latter as the rhythm section. Both figure in 0 X í S T and Saattue. Fire the Torches is a short EP, comprising two songs and totalling no more than 7 minutes. Still, it makes up for this short duration by granting quality with a prolonged life span.

To put it briefly, this hails from the mighty throne of death metal, with moods providing a sulphur breath from hell as they roar diabolically in the volcano’s glowing flames. A whiff of doomsday must also be mentioned, for the pace don’t exactly break the sound barrier. It’s not as melodic and melancholic as 0 X í S T, but rather more raw, malicious, proud, and erect. You could draw parallels to bands such as Kuolemanlaakso (albeit not the last album, mind you) and Ajattara for partial similarities.

That’s it for this time. Thanks for listening.