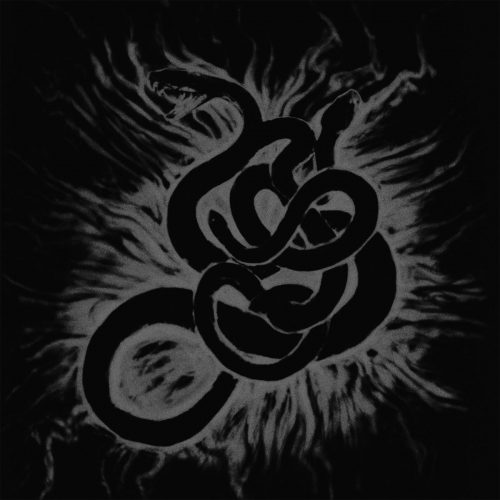 In August we wrote about the debut demo Englaryk by a mysterious new Icelandic band named Endalok, which was released by Hellthrasher Productions and Signal Rex in October. It made an immediate and powerful impression, delivering chilling but enthralling music that seemed to emanate from alien spheres and nightmare realms. And now Endalok have already come storming back with a new EP. Entitled Úr Draumheimi Viðurstyggðar, it will be released on January 20 by Signal Rex.

We discovered the first single from the EP in late November, a track named “Afskræming holds og sálar”, which felt like a trip through a wormhole, a weird and wondrous trip in which the listener senses vast dark panoramas flashing past, with ravenous alien creatures racing after you, howling their unhinged rage at your invasion of their domains. Today we have the pleasure of bringing you another song from the EP, this one entitled “Eldhaf“. 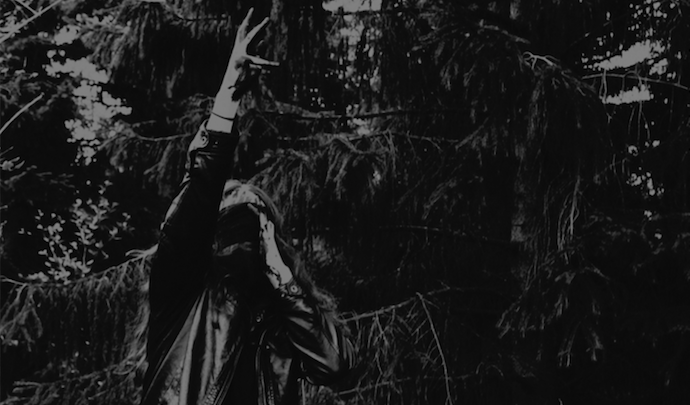 As was true of the first single from this EP, “Eldhaf” can be thought of as the soundtrack to a very unsettling journey in which the mind’s eye is assaulted by vistas that bear no resemblance to our mundane surroundings. Strange, drifting and discordant ambient sounds launch the trip, but soon enough you will enter a maelstrom.

High, whining riffs and flickering guitar leads, accompanied by slow waves of ominous ambient drone, spin the tension into tight coils as horrifying voices rise in cauterizing shrieks and inhuman howls, echoing from the void-like realm into which you’ve been propelled. Warped chords vibrate in this poisonous ether; maniacal drum progressions come and go, nearly submerged in the surrounding abrasive sonic sandstorm; the seething sound of the guitar reaches new heights of derangement.

Once again Endalok have created something frightening, something queasy, something that becomes hypnotic despite its cacophonous qualities, something that continues to wriggle and claw in dim corners of your mind even after silence comes at the end.

Signal Rex will release the EP digitally and on 12″ vinyl, and as a bonus on the vinyl edition, the B-side will feature the entire Englaryk demo. Order here: