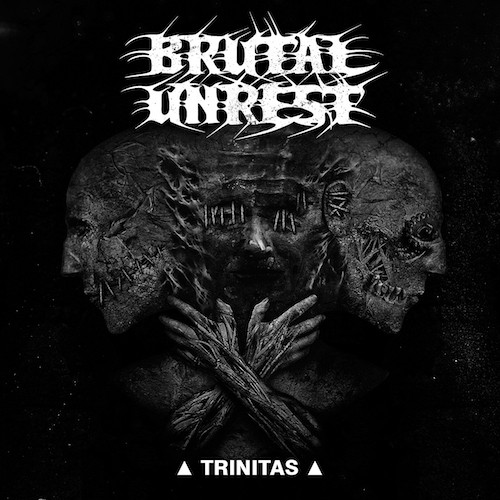 (TheMadIsraeli prepared this review of the new album by Germany’s Brutal Unrest, coming in January from Hammerheart Records.)

I don’t demand originality or diversity of sound when it comes to my metal. All I ever ask of you is that if you aren’t going to do something interesting or experimental, write good riffs, show that you have a fundamental understanding of what makes metal great. And so I tend to like only super-out-there experimental/avant-garde/progressive extreme metal, or super-meat-and-potatoes, tried-and-true metal that pays homage to the roots and legacy of the genre.

Brutal Unrest definitely fall into the latter category, a majestic German death metal behemoth that listened to too much Aeon, Deicide, Suffocation, and Dismember and came out sounding exactly like the above album cover looks. 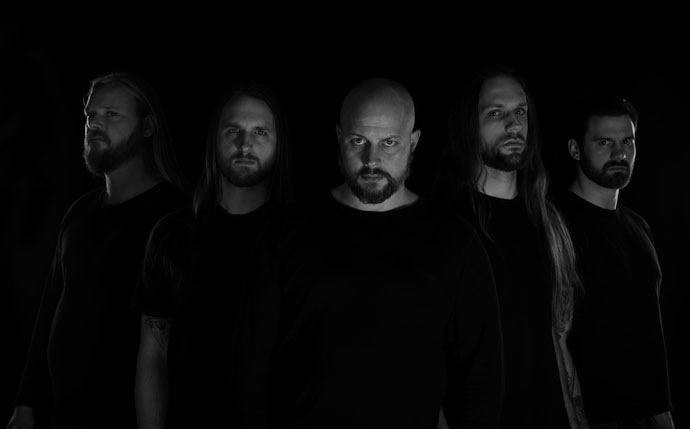 Of course, I believe music is limitless. I think what we would call un-originality often stems from a misplaced sense of identity, a desire to imitate your influences instead of taking those influences and making the sounds your own. Brutal Unrest certainly sound like Brutal Unrest, and Trinitas is definitively the first great death metal record of 2017.

Just the mix of this album is an odd combination of sludgy yet Swedish buzzsaw guitar tones and organic, very woody drums. The production and mix complement the riffs perfectly — they bounce back and forth between the melodic, the alien, and the just plain sinister.

Trinitas is very earthen death metal. Everything feels so subterranean, so abyssal; the weight of the music feels suffocating. The vocals of Tommy Sonnenburg are putrid and gravelly at the same time, making him a perfect fit for the sound going on around him. It’s all fast, although one thing Brutal Unrest definitely have locked down is a penchant for some earth-splitting groove.

Further elaboration probably isn’t necessary. The new album is very good, and if you’re a fan of any of the bands whose names I dropped as comparisons, you’ll like it.

Trinitas will be released on January 16, 2017, by Hammerheart Records.

One Response to “BRUTAL UNREST: “TRINITAS””