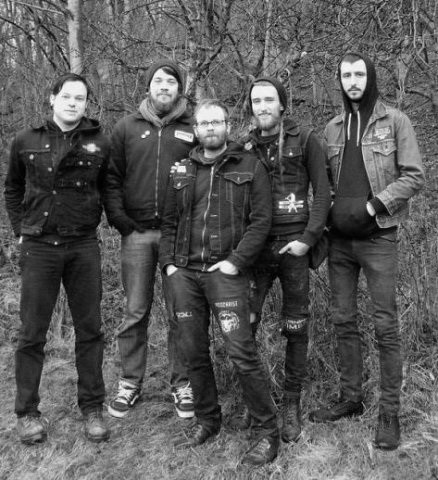 (Andy Synn delivers the last monthly SYNN REPORT of 2016, and reviews the discography of the British band Fall of Efrafa.)

Recommended for fans of: Neurosis, Amenra, Downfall of Gaia

Taking in elements of Crust Punk, Post-Metal, Post-Rock, Drone, and Hardcore, and spitting out a captivating conglomeration of pulse-pounding riffs, cascading melodies, and harsh, gritty vocals, Fall of Efrafa were, for a time, one of the most vital and visceral acts in the UK.

The band’s three albums, Owsla, Elil, and Inlé together form a conceptual trilogy inspired by the 1972 literary classic Watership Down (whose author, Richard Adams, passed away peacefully at the grand old age of 96 just a few days ago), with the quintet channelling their political, religious, and social philosophy – particularly their opposition to theocracy and blind faith – through the themes of Adams’ seminal novel.

Following the release of their third album the group disbanded, having completed the work for which they originally came together. In this way, and in many others, Fall of Efrafa were just that little bit different from most bands out there. They had a goal, they had a vision, and chose to both begin and to end things entirely on their own terms, leaving behind an impressive (if still under-appreciated) legacy of passion, ambition, and uncompromising integrity.

Which is why I chose them for this, the eightieth edition of The Synn Report, which I’m also dedicating to my friend Charlie as a testament to her excellent musical taste. 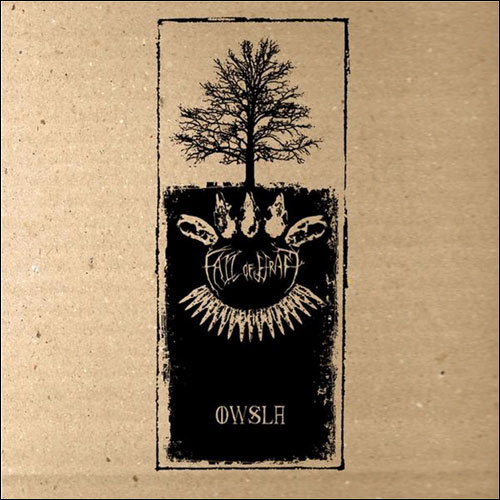 The most overtly “Punk” influenced of all their albums, while Owsla is the first entry in the band’s conceptual trilogy, the narrative runs in reverse order, meaning that the band’s first album also serves as the finale of the story (though, to an extent, the story itself is also cyclical).

It begins (following a short, ambient intro) with “Pity the Weak”, which builds swiftly from a solemn, melodic introduction into an absolute barnburner of high-octane, high-intensity Metallic Hardcore, before the second half of the track shifts gears into the realms of brooding, bruising Post-Metal, without losing an ounce of intensity (even during its quietest and calmest moments).

“A Soul to Bare” is four minutes and change of bracing, highly melodic Crust-Punk, interspersed with subtle Post-Rock influences, which is followed by the melancholy and minimalist interlude of “Lament”, setting the stage for the grandiose “Last But Not Least”, a mix of Agalloch’s grey-tinged melodicism and the moody intensity of the dearly-departed Isis, replete with a plethora of dense, dramatic riffs and sombre acoustic melodies.

The album concludes with “The Fall of Efrafa”, fifteen minutes (well, nine and a half minutes, followed by several minutes of ambient rainfall) of melodic, atmospheric, punchy and punk-infused Post-Metal which fully justifies its status as the band’s eponymous anthem, while also laying down tantalising hints towards their future.

(FYI – the bonus track “No Longer Human”, a multi-faceted metallic romp with a strong Downfall of Gaia feel to it, originally released on a 2007 split, is a must-listen too) 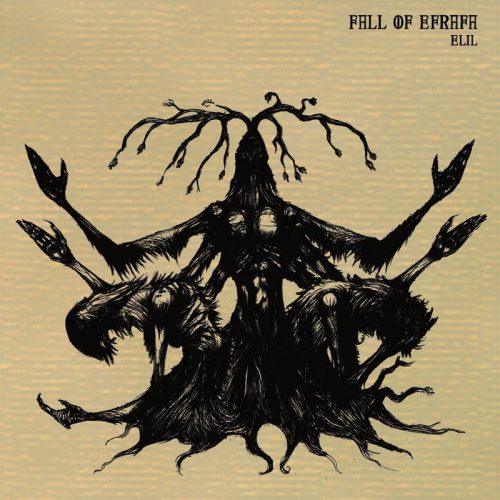 The three extensive tracks which make up the band’s second album (each one clocking in at over twenty minutes) showcase a purposeful shift in style, stripping back many (though by no means all) of the punkier leanings of their debut, in favour of a more obviously Post-Rock/Metal influenced sound.

Opener “Beyond the Veil” begins with a lengthy, tension-building introduction, whose melancholy melodic strains recall early Agalloch circa-Pale Folklore, which eventually transforms into something far more intense and metallic (though still noticeably atmospheric). After several further minutes of this the band switch tack once again, bringing back some of the metal-flavoured punk style from Owsla, though in a much tighter and darker-sounding fashion, before drifting into a dreamlike passage of solemn acoustic guitar work, setting the stage for the song’s herculean finale of mighty, mood-drenched riffs and anguished, cathartic vocals.

“Dominion Theology” gets into the thick of things much quicker, its haunting intro soon giving way to a Neurosis-like blend of bullish, booming riffs, full-throated vocals, and clanging, electrified bass lines, whose pace varies between a doomy stomp and a Hardcore-tinged gallop.

The middle third of the song opens up into something far more expressive and atmospheric, ebbing and flowing between upheavals of enthralling Post-Metal riffage and bleak, bare-bones melody — offset by a poignant quotation from Richard Dawkins excoriating the manifold deficiencies of the god of the Old Testament – as the band experiment with space and shadow, light and shade, all building towards the track’s powerful, prodigious finale.

“For El Ahrairah to Cry”, the third and final track on the album, again begins in a fashion reminiscent of early Agalloch, the strumming acoustic strings soon giving way to a staggeringly heavy progression of monolithic, atmosphere-heavy chords and hoarse, howling vocals. Over the course of the next twenty-ish minutes the song moves back and forth between lurching, angular Post-Metal heaviness, galloping, punk-encrusted intensity, and restrained introspection, every part tinged with melancholy melody and a sense of solemn resignation and forbearance, before ultimately concluding in phenomenally majestic, compellingly catastrophic fashion. 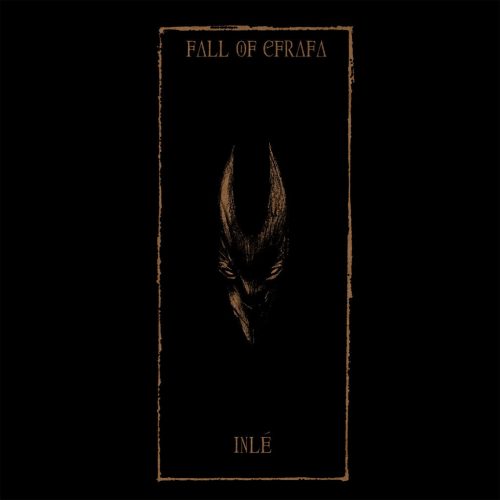 The simmering, six-minute slow build of “Simulacrum” kicks off the band’s third (and final) album in suitably atmospheric style, eventually transitioning into “Fu Inlé”, ten and a half minutes of heavy, oppressive ambience and prowling riffs, positively brimming with a blend of majesty and menace reminiscent of Cult of Luna circa Somewhere Along the Highway.

Track three, “Republic of Heaven”, is a primal powerhouse of bulky, brooding riffs and wrenching, cathartic vocals, fourteen minutes (and then some) of morose, moody melody and passionate, pounding percussion, which rises and falls, ebbs and flows, in devastatingly dynamic fashion, digging its hooks into your skin as it goes, while “The Burial” is a veritable behemoth of monolithic Post-Metal riffs and taut, twisted threads of spine-tingling melody.

“Woundwort” is (arguably) one of the most emotionally devastating tracks the band ever put to tape, a deep dive into the very heart of darkness, where the raging, impassioned vocals of Alex Bradshaw resound like a clarion call over a procession of lurching, bombastic riffs and bleak melodic moments, swelling waves of shivering, shimmering tension building towards their breaking point, before finally detonating in an explosion of rapturous release.

Following the enigmatic atmospheric interlude of “The Sky Suspended” Fall of Efrafa draw the album, and the trilogy as a whole, to a close with the monumental “The Warren of Snares”, which is over seventeen minutes’ worth of visceral, heart-rending vocals, haunting, bare-bones harmonies and frankly gigantic guitars, climaxing in a truly gripping and grandiose finale which serves as a perfect conclusion to the band’s creative existence.

3 Responses to “THE SYNN REPORT, PART 80: FALL OF EFRAFA”