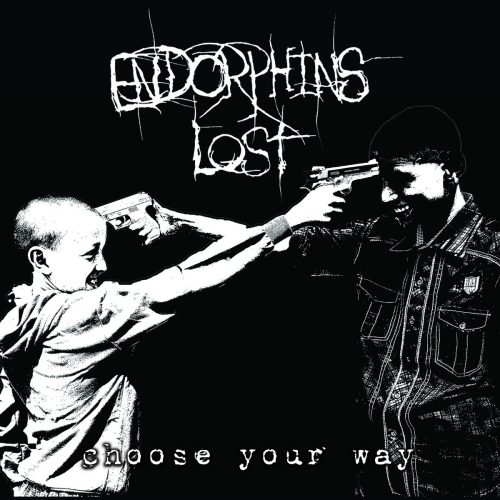 Sometimes you hear a couple of releases and you can’t help but pair them together, and that is certainly the case with the new albums by The Drip and Endorphins Lost. Both of these bands hail from the Pacific Northwest and lash out at the world with Grindcore-soaked fury, and both have new albums coming out less than two months apart. Endorphins Lost even mention The Drip in a press release as one of their influences. There’s probably more connections, but you get the point.

Endorphins Lost released their burner Choose Your Way via Six Weeks Records on November 25th. They draw heavily from Powerviolence with their penchant for abrupt tempo changes and blasting fury. They are simultaneously jarring and intoxicating, and manage to bust out no less than fourteen tracks in roughly twenty-eight minutes. 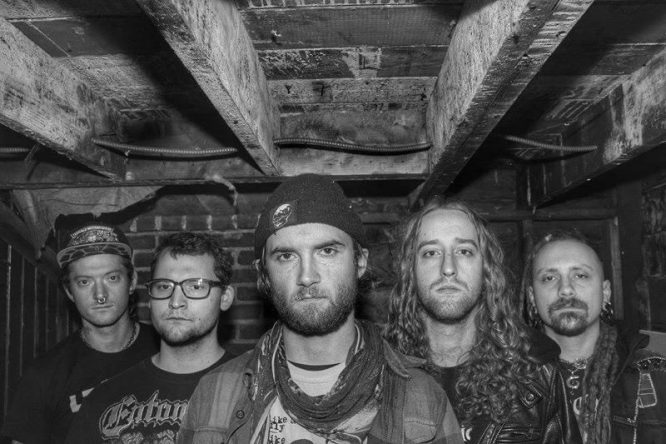 But for all the speed they can muster, Endorphins Lost excel at mid-tempo breakdowns and moments of sludgy goodness. Case in point is the fourth track, “Warm Body Target”. The entire track rides comfortably, alternating between chugging, mosh-inducing riffs and other sections which sound like outtakes from EyeHateGod’s Dopesick.   For those who like their Grindcore at pure freakout tempos, though, they follow up “Warm Body Target” with the forty-second scorcher “God, Family, Football”.

Endorphins Lost excel no matter what speed they are operating on, and make sure to notice of their slight nods to Metal, like those nice dual-guitar harmonies they sneak in from time to time as well. 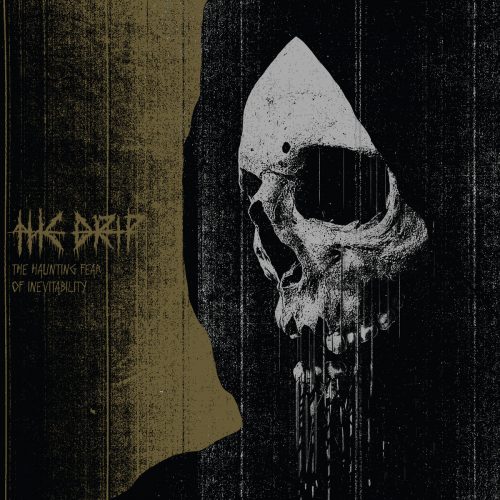 THE DRIP:  THE HAUNTING FEAR OF INEVITABILITY

The Drip probably maintain a higher profile than their regional counterparts, seeing as how The Haunting Fear of Inevitability is their second release with Relapse Records. When putting these two records side by side, the first thing that one might notice is the differing production styles. While Endorphins Lost has a very satisfying, ’90s-style Powerviolence sound, The Drip utilize a more modern sound that places them firmly in the Rotten Sound or Maruta camp. Their music is accordingly more metallic, yet still equally visceral.

Opener, “Blackest Evocation” lays out their strengths on full display, utilizing a paint-peeling blast-beat juxtaposed with stop/start guitars and a vocal line that takes on an anthem-like quality. It seems that despite all the violent chaos, The Drip always produce memorable material, without sacrificing the brutality.

At times, such as in “Anathema” or “Dead Inside”, they also find room to fit in a bit of dynamic riffing, offering brief respites from their default setting of all-out assault. This often takes the form of a dissonant, almost Black Metal-ish chord, but only for the briefest of moments, hence not taking away from the overall mood. These sort of details illustrate The Drips’ overall maturity, and their ability to craft the finest Grindcore song architecture.

While some might find the sound of Endorphins Lost too raw, others may think The Drip sound too polished. However, most may think these two groups are the perfect complement to each other. Listening to these two albums back-to-back is a very rewarding, if a bit of an exhausting, experience. And while the world needs its deep and atmospheric Metal opuses, these two groups give you the soundtrack to fucking shit up.

So listen to Black Metal when it’s time to do your rituals, but listen to Endorphins Lost and The Drip when you just want to watch the city burn.

2 Responses to “REVIEWED: NEW ALBUMS BY ENDORPHINS LOST AND THE DRIP”