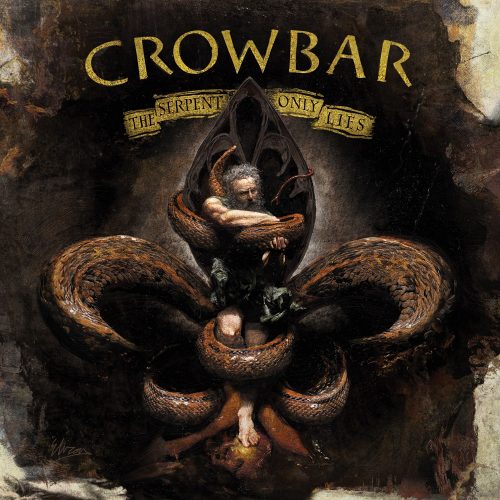 (Here’s the fourth and final 2016 list from NCS contributor Wil Cifer. Follow these links to check out his Top 10 lists for black metal, doom, and death metal.)

When it comes to defining sludge, the density is the prime factor, so I find myself throwing in anything that is not dark enough to be doom. Sludge generally holds true to its punk rooks, but projects defined as stoner metal are also being included here. That doesn’t mean there is not legit sludge all over this list, as sludge is the dirty crust punk cousin of doom. Some sludge bands have just grown up and gotten more rock ‘n’ roll over time, so what sludge is has changed some over the years and this year’s crop is certainly evidence of that fact. Some of these bands might even think they are doom or have gotten their start as a doom band, but now have smoked too much pot to keep it that dark. So heaviness is often an organic by-product of the sounds compiled here with the top ten sludge albums of 2016. 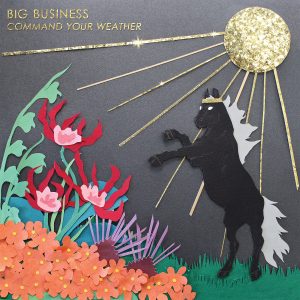 One half Karp and one half Murder City Devils; there is more of the thundering noise rock that Karp made and less of the dark punk the Devils dealt out. Their newest album finds them leaning more in a hard rock direction. Sometimes this album made me think about what would happen if you took all of the beer commercials out of the Foo Fighters songs.

The songs here are compact like punk rock and rumble with burly fuzz. The vocals are a mid-register tenor that remind a little of Blue Oyster Cult. They capture some powerful sounds and are more melodic than I thought they were going to be going into this, but their songwriting skills are more along the line of hopeful jams, which can be a gamble in regard to how they come together to form actual songs and not just ideas of what might sound cool if they were part of an actual song. But it had enough golden moments to earn its place here. 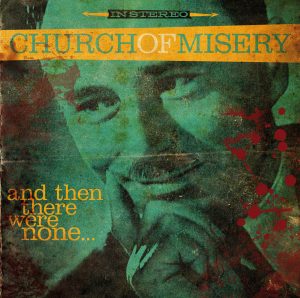 9. Church of Misery – “And Then There Were None”

Here is the 6th full-length, which continues the band’s tradition of penning songs about serial killers. The have a much more stoner metal sound on this one. The bassist Tatsu Mikami forges ahead with a lineup featuring Scott Carlson from Repulsion contributing the vocals to this one. They are delivered with a Cathedral snarl. The guitars are handled by Dave Szulkin from Blood Farmers (he also played on the next album in this list by Fistula). The drums are pounded by Eric Little of Earthride.

Production-wise this album sounds good; it adheres to the retro sound required by this kind of thing.  The vocals are up-front and add more punch to songs like “Make Them Die Slowly”.  The vocals are narrated in more of a Tom Araya manner, never really committing to a full-scale growl, to keep the lyrics the focal point.

If you are a fan of the band and reconciled with their more rock direction, then you too will enjoy this. There’s some pretty great guitar playing in places, and what’s not to love about serial killers? 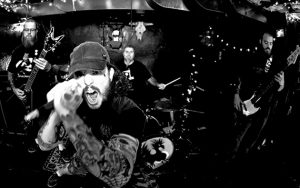 This album is far too up-tempo to be doom, and dirty in more of a trailer-trash punk manner than dirty like raw black metal, and nothing is blackened about this. They do get closer to doom on “Sabbath Wants to Do a Split with Me”, but with that song title how could they not? The guitars sound big enough on this song to live up to the title.

When this band’s name is brought up in conversation I liken them to a more meth-ed out version of Acid Bath and that fits pretty well on this song, of course without the benefit of having the croon of Dax Riggs coming in. 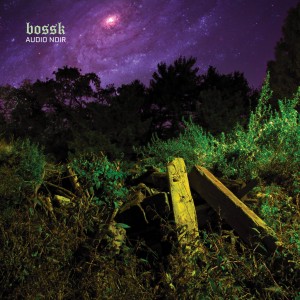 Here is an album that could very well fly under your radar if you aren’t versed in these guys.

It starts off as a dream. Bossk have an incredible guitar tone. While it is very similar to that used by many post-rock bands, they really have it dialed in right on this album. This British band have been at it for a decade, so they have had plenty of time to get it right. The drummer is a solid pocket-groover who serves the song and keeps it moving while the guitars take you downstream. They hold off until the final minute of the first song to drop the metal crunch in. They handle this in a very tasteful manner.

They do not let up on the distortion, as this carries over in the second song “Heliopause”. This one rumbles with boots of lead. More stoned sludge than doom, as it doesn’t have a sorrowful current. Vocals come in that are scornfully screamed, the more hardcore side of sludge. They are mixed back into the mountains of guitar and sometimes eclipsed. 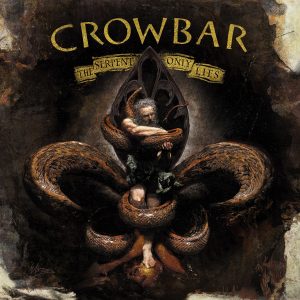 I remember that back when I first heard “All I Had (I Gave)”, I thought these were some big ugly dudes playing big ugly music that was heavy as fuck. Going back to listen to that song, it’s still a good song, but not as heavy as I remembered it. But then again  the verses to “I Am the Storm” reflect back to a similar tempo as “All I Had (I Gave)”; the chorus might not resonate like the song from the ’90s did, but is still well done and is very much true to who this band is.

The album opens really strong, so I think the first two songs are more powerful and flawlessly crafted. I prefer when the band relaxes back into a more sludged-out take on doom with songs like “Surviving the Abyss”, when the vocals deliver the more husky melody that taps into something more unique than when they hit the more barked passages. 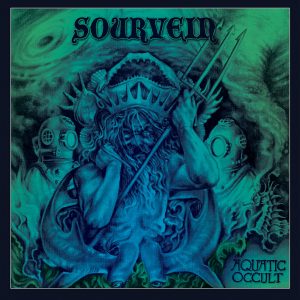 My only history with this band is the split they did with Graves at Sea. I’m  much more impressed with this album.

“Avian” is the first song that feels like they are taking the plunge into the album, with “Tempest” feeling more like an intro. Though most of the songs just break the two-minute mark, this is a relief and proves that in order to play doom effectively you don’t have to open the flood gates to ponderous ten-minute-plus behemoths.

The fact that two members of this band were also a part of Buzzov-en can be felt on the oppressive stomp to “Ocypuss”.  “Aquanaut” provides a more traditional doom counterpoint to this beating previously rained down upon your ears. “Hymn to Poseidon” has the melody submerged beneath the tides of distortion. “Mermaids” swims in more stoner rock waters, not unlike those that older Queens of the Stone Age once bathed in. They attack “Urchins” like sharks with the scent of blood. This song’s doom tendencies keep the bongs bubbling with the same intensity as Electric Wizard. 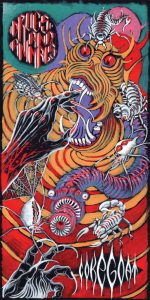 Everything now is a hybrid of something. These guys perhaps do not successfully create a doom metal album, but more importantly create some heavy and angry music that has an atmosphere to it when needed. It roars with an apocalyptic rage that fits the mood of my Facebook feed this year, so it’s good music to get tear-gassed to on a protest — though if you are that kind of a hippy, then you are going to be scared of the big chords anyway.The spastic craziness that haunts this album gives it personality. 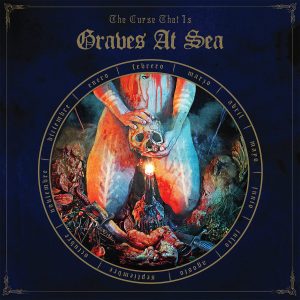 I wanted something more to sink my doom-hungry jaws into, but instead got something that had more rock to its winding rumble. This serves as an organic, yet odd evolution for the band that includes the bigger production value this album has. It finds them thundering into your ears with something more akin to a stoner rock version of Through Silver In Blood-era Neurosis. Some evolution can be expected considering the line-up changes that have yo-yoed the band about.

The vocals are still mean in their ample grit-coated screams. The guitar has warmed up a bit. Perhaps it is the time they took in the studio to perfect their tone versus previous releases, which have had a rawer, angrier sound. It’s not a deal-breaker. I can appreciate the expanded musical qualities they invested into the songs here, it is just going to take a little getting used to. 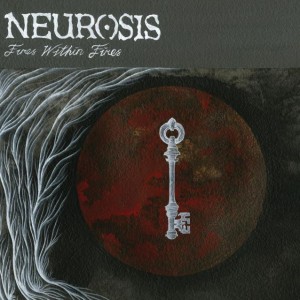 One of the most important things I had to adjust in my expectations of this album was thinking that while they are certainly the pioneers of sludge metal, Neurosis are by most standards no longer really a metal band. They do eventually get heavy once the vocals kick in on “Bending Light”, which opens the album. They spend the first half of the song wandering around a dark and trippy landscape.

These are sounds that please my ears, but it’s not Souls at Zero or Through Silver In Blood. So if that is what you want, then there is some acceptance that needs to take place as a listener. I think the direction they are headed on this album is truer to who they are as a band than the more Pink Floydian journey of Honor Found in Decay. The album is heavy enough to earn its place here.

Here is an album that grew on me. Originally ranked as an 8, I’ll say it’s a 10 now that it has earned so many listens and I can now appreciate how raw and rooted in punk it is.

This Ohio band is about nastiness and being loud more than adhering to the expectations of any genres. When their singer snarls about someone being stabbed in the face forty times, he proves to be a storyteller who needs little suspension of disbelief. The verse grinds down into a more metal groove, but this feels more real than most metal. The samples of news stories covering sexually assaulted corpses gives this a similar shade of gruesome glory that Acid Bath once had. He gurgles lyrics like “mommy told me not to play with dead things” to create a wonderfully morbid web of white trash horror stories; this could be The Hills Have Eyes set to music.