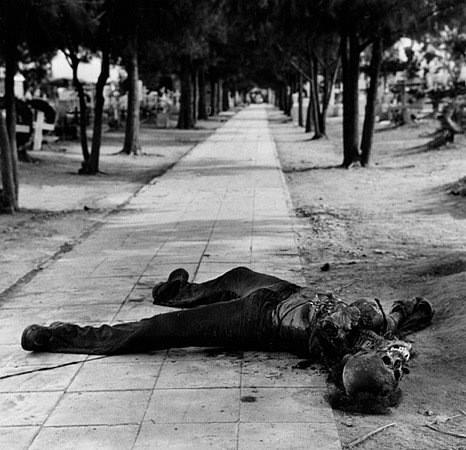 Happy New Year to one and all. I hope you survived whatever you did last night, intact and with only a modicum of blood loss and brain-cell death. I would tell you in detail what I did but I’m not sure you could stand the excitement. Even I was so drained after both putting down the robot uprising and preventing the savagery of the loris horde’s celebration from overflowing their compound, armed with nothing but a few blow darts, that I was asleep by 10:30, stone cold sober and vomit-free.

I’m beginning the new year at NCS the way I ended the old one (here), by assembling a giant batch of the new music I heard in recent days that I thought would be worth your time, plus one older release I came across only recently.

As a trained medical professional (ha!), I’ll warn you that if you did suffer more than a modicum of blood loss or neuronal cell death, you might want to wait another day before exploring what awaits you below. It won’t help your recovery, and it’s no sane person’s idea of a hangover cure. Damned good metal, though.

I’ll also mention that because this post takes the place of my usual Sunday Shades of Black feature, the music is mainly in a blackened vein, though not entirely. 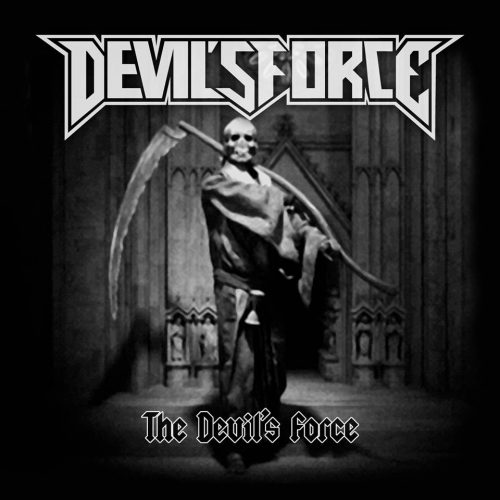 I really don’t see any reason to ease into this new year — you know it’s not going to do us any favors. So let’s just hit the motherfucker full-blast with the devil’s force.

“The Devil’s Force” is the name of the first single from a forthcoming album entitled Black Heavy Metal by a new Swedish solo project named Devil’s Force. So, yeah, there’s a lot of devil’s force in here. The song is a scorching rush of blackened speed metal and thrash, but as you’ll discover it also includes melodic leads that are catchy as hell, as well as riffing and drumwork that will get the adrenaline flowing — plus authentically vicious vocals.

Devil’s Force is the solo project of Helltrain frontman Pierre Törnkvist (previously also a member of such bands as The Everdawn, Scheitan, and The Moaning). The single is (or will be) available through Spotify, Itunes, Amazon, Google Play, Pandora, Tidal, etc. 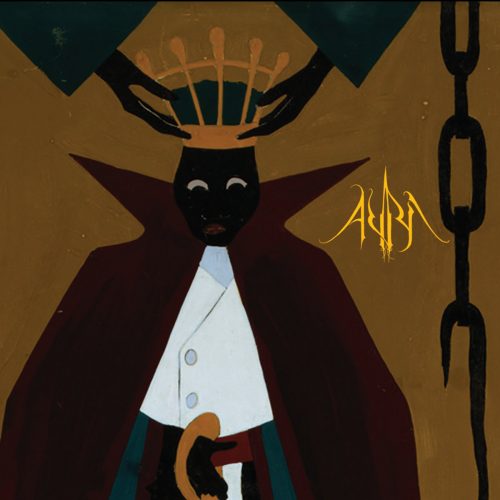 I thought I’d follow that invigorating dose of speed and thrash with some dissonant black metal. I shoehorned this next song in here only this morning after writing most of this post yesterday, thanks to a tip from starkweather.

The name of the song, which premiered here yesterday, is “Regressions of the Seeker and Vision” by the two-person UK band Auri. It comes from their 28-minute debut EP The Crown of Doubt, which is due for release today on Bandcamp (with a very limited CD and tape release expected later).

The music seethes and swarms like a horde of deranged hornets, but in its less ferocious passages the warped guitar arpeggios become mind-bending and queasy, and near the end (with the aid of a bubbling bass line) the band hit a head-nodding groove. The acid-drenched vocals boil with fury, all the better to complete the task of dismantling the listener’s sanity. Very, very impressive…. 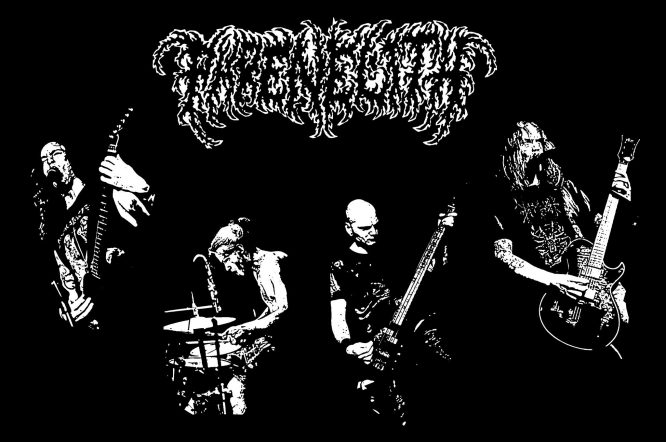 I’m shifting musical gears just a little with this next track, but doubling down on the murderousness.

Copenhagen-based Phrenelith (whose line-up includes members of the lethal Undergang) put out a hell of a split with Spectral Voice this past fall (released by Dark Descent and Iron Bonehead), and now Me Saco Un Ojo and Dark Descent are gearing up for a joint release of the band’s debut album, Desolate Endscape. Below you can check out an advance track named “Deluge In Ashes”.

As I said, this death metal is murderous, but you’d better loosen your neck muscles because the song triggers the headbang impulse just as effectively as it rampages like a phalanx of slaughterhouse saws that have achieved sentience. With horrifying, cavernous vocals as icing on the cake, “Deluge In Ashes” proves to be a powerfully sinister and morbid mound of festering putrescence. 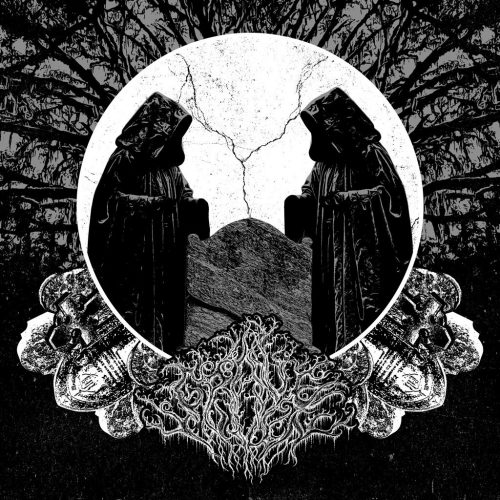 Over the last year or so, California’s GraveCoven (a duo consisting of vocalist James Rauh and baritone-guitarist/bassist/drummer Phillip Gallagher, both members of Swamp Witch) have been dribbling out tracks destined to appear on their debut album Coughing Blood. They released two of them as a demo in the fall of 2015, two more in October of 2016, and then in November they released a cover of Bathory’s “Hades”. Since I wrote about every one of those releases, it should come as no surprise that I’m now reporting the following news:

It seems that GraveCoven have now sealed a pact with Poland’s Gods Ov War Productions for release of the album on February 28. There’s a Bandcamp page for the album now, although the only songs currently streaming are the five previously released ones, with two held in check for now, like rabid Rottweilers on a straining leash.

I’ve already spilled quite a few words about this music in the past, so here I’ll just say this is monstrously good death metal — listen to it! 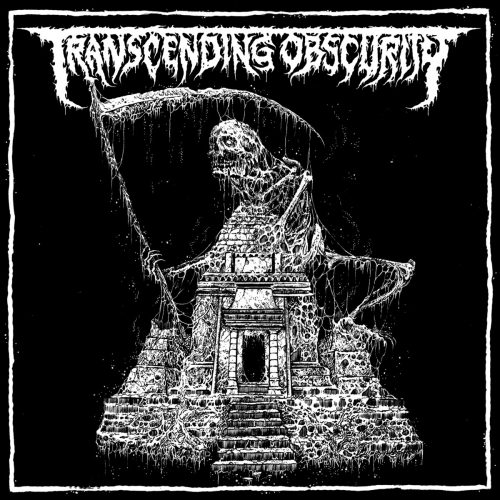 Last week I posted about a new 55-track compilation by Transcending Obscurity Records and a T-shirt give-away that we’re doing to help publicize the release — the T-shirt features grisly artwork by the famed Mark Riddick (and by the way, if you’re interested in entering your name for the give-away drawing, check this post for details — the opportunity expires at midnight tonight).

The compilation includes a new song by the Australian black metal band Norse from their new album The Divine Light Of A New Sun, which Transcending Obscurity plans to release early this year. The song is “Drowned By Hope”, and it’s an unsettling, dissonant piece of music that ratchets the tension from the very beginning straight through to the end, harried by furious double-bass eruptions that are as caked in distortion as everything else and with lyrics expressed in an ugly, toxic snarl. If Hell has asylums for the criminally insane, “Drowned By Hope” is their mood music.

(Thanks again to starkweather for the extra nudge I needed to check out this track.) 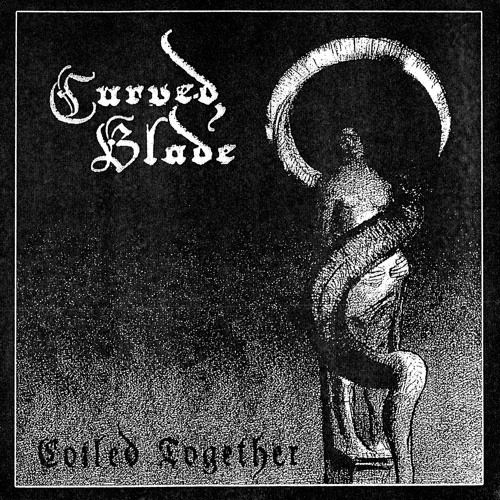 It appears on a 7″ EP entitled Coiled Together by a mysterious band named Coiled Blade (I have no idea who’s in it or where they’re from, other than someplace in the U.S.). It’s projected for release by Tour De Garde and Iron Bonehead in the first quarter of this new year. It follows the band’s 2010 debut demo Be Like Death, which makes this new EP the culmination of a long wait.

“Blank Faced Oblivion” proceeds at a slow, stalking pace for the most part, and as it lumbers ahead it weaves a horrifying hallucination with ghastly vocals, weird reverberating keyboard motifs, and alien riffs. The rhythm section is worth paying attention to as well. Very interesting… and very spooky. 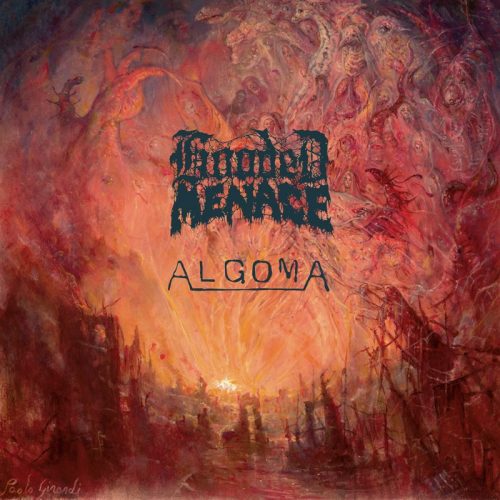 I’m now going to start throttling back on the violence and speed with excerpts of new songs from a split by the Finnish doom lords Hooded Menace and the Canadian sludge/doom savages in Algoma. However, to be honest, the main reason I’m posting about the songs is the cover artwork by the masterful Paolo Girardi, because the only music I have for you are one-minute excerpts of the songs.

The Hooded Menace song is “Celestial Dissection”. It marks the first recording appearance of the band’s new vocalist Harri Kuokkanen — and his bestial growls make a fine addition to the moaning, blood-congealing flow of this brief teaser.

The Algoma track is “Failed Stunt Fatality”. The riffing in this excerpt will loosen the fillings in your teeth, the vocals will claw at your face, the mood is ugly… I really wish there were more to hear.

This split has been promised for release by Doomentia Records, but I’ve found no release date. A projected December release didn’t happen, I’m guessing because of delays at the printing plant. 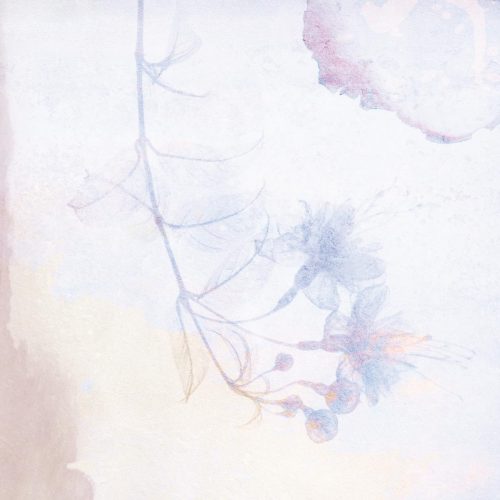 Moving even further away from the hellish rapacity with which I began this post, the next item is a stream of a full EP named Fossils by the remarkable Greek band Spectral Lore.

Those with long memories may recall that in 2015 Spectral Lore released two experimental EPs — Gnosis and Voyager — and planned to release the third part of the trilogy before that year ended. Obviously, there were delays, but yesterday Spectral Lore completed the trilogy with the release of an EP named Fossils, featuring cover art by Francesco Gemelli.

This is described as Spectral Lore’s “last non-metal recording for some time”, and yes, it’s not metal in any conventional sense, but it’s well worth your time.

“Spellbinding” is the word that comes to mind first. The layering of altered strings, acoustic guitar, and haunting vocal expressions in the opening track begins the work of casting the listener’s mind into a waking dream, and from there the journey continues through a mystical realm in which glimmering beauty coexists with gloom, and ominous wraiths breath their chill on your neck.

This is a haunting and often uneasy trip, one that’s frequently suffused with melancholy, but it truly is entrancing, and multifaceted in its moods. Though I encourage you to give yourself over to this spell from beginning to end, the track I’d recommend as a sample is “History of the Displaced”, which is simply wondrous. 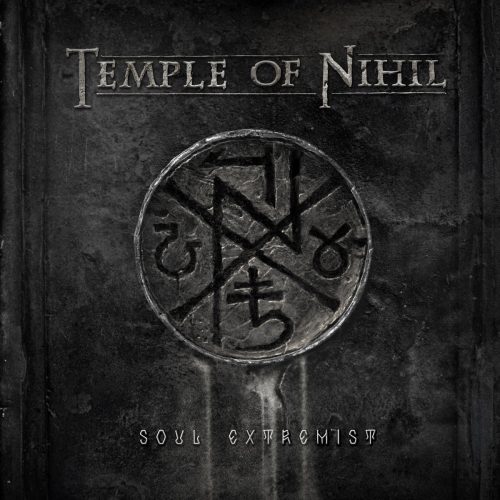 After that spellbinding Spectral Lore interlude, I’ll return to the main task of assaulting the New Year before it can assault us, with your brain as a not-so-innocent bystander.

This is Soul Extremist, the debut EP by a two-man black metal band from Kaluga, Russia, named Temple Of Nihil. It was co-released on December 19 by Symbol of Domination (Belarus) and Narcoleptica Productions (Kazakhstan).

Temple of Nihil prove themselves to be heavy beasts on this EP, merciless war leviathans armored in spikes. The songs are sometimes mid-paced and supremely grim, sometimes electrifying in their ferocity, and sometimes infectiously head-nodding, though Temple of Nihil vary the pace and the energy in each song. There’s an occult and magisterial air to the EP’s sinuous, exotic melodies that spawns visions of demonic conjurations, and there’s some great soloing in the tracks as well, along with a ravaging and dynamic vocal performance and eye-popping drum and bass work.

Excellent songwriting, excellent execution, excellent production… yet another surprising late-year discovery that has quickly become a 2016 favorite on this end. 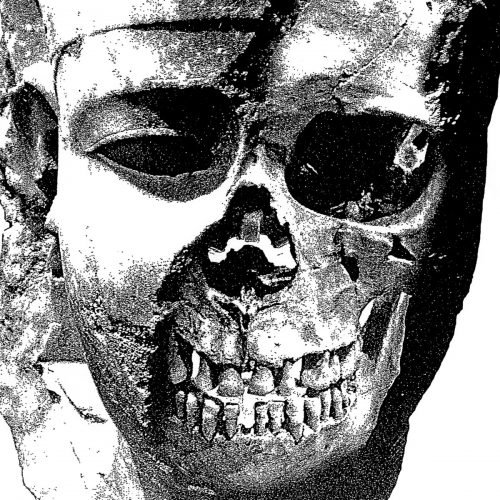 At the outset I mentioned that this collection would include one somewhat older release in addition to all the new ones, and this is it. It’s a two-track EP named Transmuted Marrow by the New York death metal band Gath Šmānê that was released last March on vinyl by Graceless Recordings (a tape edition appeared as far back as 2014). It’s also available digitally on Bandcamp.

I’ve now already forgotten how I found this, but only after hearing the music did I discover that the line-up includes Nick McMaster (Krallice, Geryon) as well as members of Artifical Brain, Devouring Ghost, and Encenathrakh. With those names behind this EP, I suspect I heard about it earlier and just stupidly failed to follow up. Better late than never.

The abyssal growling is monstrous enough to put the hairs up on the back of your neck, and the overarching grim savagery and pestilential atmosphere of the songs is leavened with electrifying displays of instrumental extravagance and shuddering tempo changes. If these songs date back to 2014, then it’s high time for more, isn’t it? (That was a rhetorical question.)