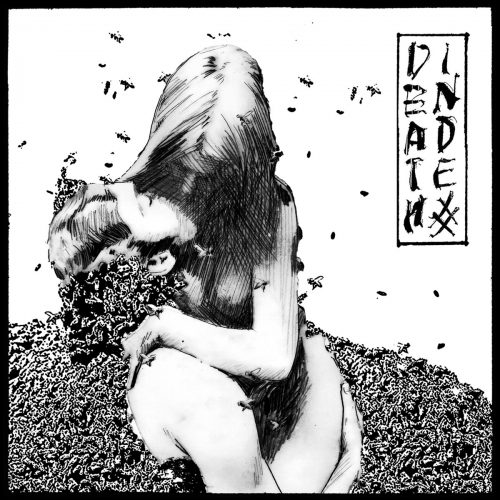 (Wil CIfer’s series of year-end lists for 2016 continues with this selection of 10 favorite releases in the vein of hardcore punk.)

Yeah I know, we are talking metal on this site, but I think there is enough crossover here to appeal to the more open-minded readers. In some places the line between hardcore and metal is more clearly defined; many of these selections are heavier than most of the bands on your top metal lists.

This list will encompass anything that is a bastard son of punk, from grindcore to emo. This was an emotionally charged year, but none of these albums is really that political. And yet everyone tried to console themselves after the election by saying at least punk will get good. Well, the tried and true NOFX’s have gotten old and might not have been bad, they just are not as good as any of the bands on the top ten hardcore punk albums of 2016 list. 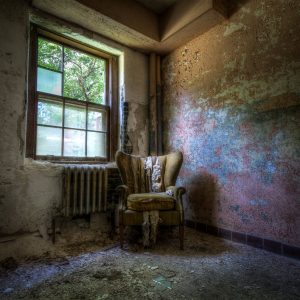 The Brooklyn trio returns. The first song is about a minute, making it almost as grinding as it is hardcore. Almost like a more spastic and less powerful version of what Nails does . They sometimes opt for a more punk jangle. Very ADD, these guys are pretty fucking impressive when they commit to the results. 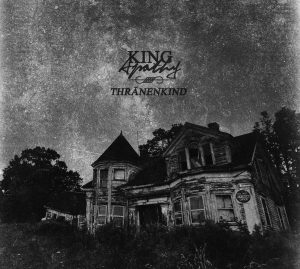 This band features members of Heretoir, so for some reason they get pegged as being post-rock or post-punk, but it feels like crusty metal to me, so I am a little confused. Sure there is some atmosphere to it. The bass player is on point. The title track is straight-up metal with little need to try and dress it up with other sub-genres, though it’s obvious these guys’ influences hail from the days of Myspace.

Unlike Heretoir, I would not call them gaze anything either. They do go from a mid-paced emo like riff into black metal, but that is really as close as they come to that whole thing. While this album is heavier and more metal than Heretoir, it doesn’t pull me in as quickly. The throaty vocals feel like this is a more metal version of Hotwatermusic or Coalesce. So post-hardcore is a more fitting sub-genre than post-whatever else.

Given the organic feel of this music I am not surprised that these guys are straight-edge vegan anarchists . Once upon a time it was more surprising to find someone in the hardcore scene who wasn’t. 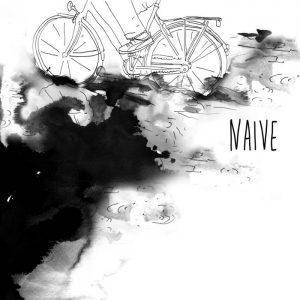 It’s easy to become jaded about post-punk. If you are an old goth who has been listening to the original bands for twenty years or longer, then you heard most of it played better the first time around. Naive take the more typical Joy Division sound and loosen it up with an almost surf-rock guitar tone and female vocals. The curve balls keep coming with the surreal dynamics employed that make you feel like you are on acid. Not what I expected going into my first encounter with this German band. There is more of punk attitude to the second song. Think of that weird melodic place that 7 Seconds eventually wandered off to. 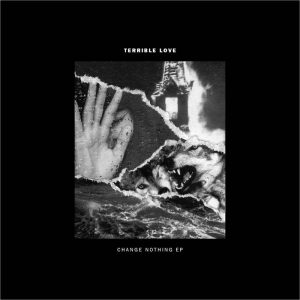 Hardcore with a British accent can rub me the wrong way, as they never sound angry enough, so I had to go into this pretending it was more along the line of Iceage. Tonally these guys are pretty dynamic and have the sonic palate to create a dark enough sound, without having to go all Converge on us here. They often jangle more than they chug. Even when the pace picks up into a more frantic punk buzz, it’s hard for me to think of these guys as hardcore. I like what they did on the first song more than where they go on “Mt. Misery”. I don’t need breakdowns, I do need the punch that they eventually find on this one. I suppose post-hardcore is a fitting title for what they are doing since it sounds more like angry indie rock. 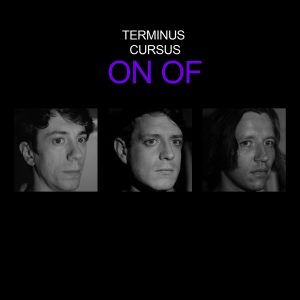 What the hell is going on in Florida? These guys from St. Pete are killing it. Here is a band that came out of nowhere and really got weird in an original fashion. They are heavy, but not metal, so you know I am going to be a fan of that. The vocals really take it into a more feral place; when these guys explode they come closer to a more garage rock version of the Refused, though the bass line recalls Fugazi. The vocals are more punk than not, even when coasting on more of an angular groove. 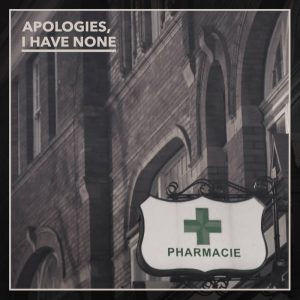 5. Apologies I Have None – “Pharmacie”

If you are British it’s ok to have a poppier take on punk. You accent and attitude will make it all work out in the end. This is the first lesson we are learning from the opening track of this band’s new album. By pop punk, think more Brand New than Blink 182. “Wraith” is more introspective and explodes in a manner that expresses aggression in a way that darkens back to Myspace… in other words, bordering on emo. But it is darker, so that makes up for it. This album’s strong points are its lyrics and the overall honesty of the emotions poured into it. 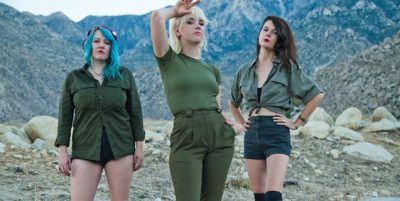 Here, the pop punk swagger touches on the pop influence from the ’50s that The Ramones carried, rather than anything like Fall Out Boy.  The album’s strength lies in when the instrumentation has the punk attitude without cramping the vocals. The songs are narratives on the party life of West Hollywood’s legendary rock scene that still finds bands trying to chase the ghosts of Mötley Crüe. These ladies might have more of a dark side than say The Donnas. They are more thoughtful than just getting wasted and throwing their TV out of the hotel window. If you are looking for something fun, then take a ride with these gals. 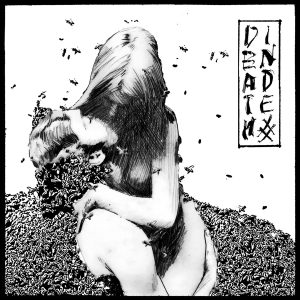 Carson Cox got his start playing in hardcore punk bands before starting Merchandise. It is weird hearing his  croon over the more pounding pieces. It makes more sense on “Dream Machine”, which has more swagger and finds Death Index meeting at that crossroads in the ’80s that I am such a big fan of, where punk got darker and more melodic. “The Meal” finds the music throbbing down an even darker sonic alley. It’s not smoothed out like Merchandise, and has feedback squealing off the edges. When they throw themselves into a more boisterous punk on the short blast of “Furio Controllo”, it  has more in common with The Stooges than, say, Negative Approach.

The punk spasms come from unexpected places. Overall there hasn’t been a punk album dark enough to do much for me in some time, so it’s good to hear something fresh from an old familiar voice. 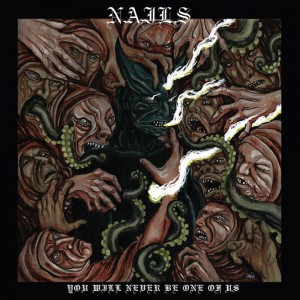 I predicted 2016 as the year  when grindcore and powerviolence would break through into the metal mainstream. What Weekend Nachos failed to deliver is being jackhammered into your face by this band. Their guitar tone is as nasty as you can get and still play riffs that hold together actual songs. Even then, when I use the word “songs” here I am describing sharp bursts of anger.

Grindcore has never been my forte, typically because of the genre’s limited range of dynamic expression. Coloring with only the red crayon of anger can limit what you do. But this band from Southern Los Angeles colors with this crayon so well, I know what I’m in for and can hold on for the jolting ride.

The first song and title track fakes you out, as it seems some maturity might have come into the songwriting process for these guys. Fans of their previous work are getting what they asked for after Abandon All Life made them scream for more. For them to have sold me on this genre was pretty impressive. 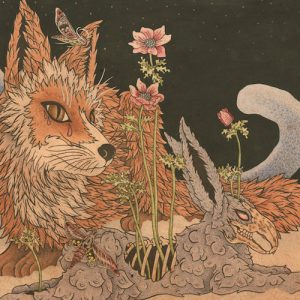 These guys were always ahead of their time and now find the music of today coming a little closer to meeting them in the middle. There has always been an unhinged side to the band, and this is what the new album opens with. “Til it Clicks” is less explosive, but more of what I want from this band. The darker melody hangs around on “Riot Season” even after the pace picks up. The yowls of self-loathing still haunt Jared’s gravelly vocals, riding the line between screaming and singing. The guitar in “Fucking Tenderness” carries some melody before tightening the tension. The vocals fill the spaces in the song perfectly, and the band touch perfectly on all their trademarks without feeling like this song is any less urgent than it is. They are back in fine form and not standing stagnant in the legend of yesterday.