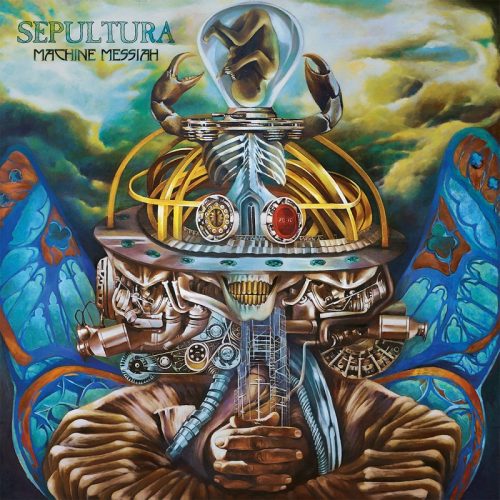 (TheMadIsraeli wrote this review of the new album by Sepultura.)

Sepultura have been undergoing something of a renaissance since Dante XXI, with an oddly conflicted sense of identity. They have one foot in the past of their primal thrash intensity, another foot in their pioneering tribalistic groove metal days of Chaos A.D. or Roots, and are busy trying to play twister bending over backwards to put their hands into progressive inclinations and avant-garde adventurism. That has resulted in albums that’ve been interesting to listen to, while not exactly 100% all killer no filler.

Don’t get me wrong here, I don’t think Sepultura at this point gives a fuck about that, and they aren’t obligated to produce masterpieces with every record. I think we’re witnessing a band who are simply choosing to explore themselves to their limits on an almost spiritual level. 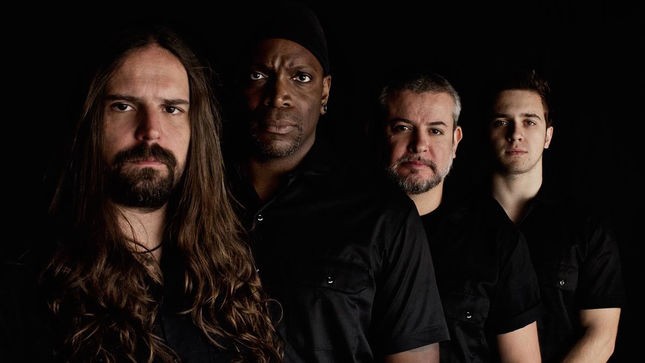 Regardless of what you may think of Sep’s Dante XXI-onward material, there is no doubt that compared to the abysmally dry run of Against, Nation, and Roorback, they currently LOVE what they do. The music they’ve been putting out is arguably the most self-indulgent any band with their kind of legacy has chosen to be, even to their own detriment. I’ve liked all these albums, while also being turned off quite a few times by the sometimes absolutely screwball songwriting decisions they’ve made. I still love something about it though, and I keep listening.

Machine Messiah is the absolute best this band has ever been during this renaissance. I’m not sure if it’s that I’m finally “getting” the new Sepultura, or if this is just the most grounded, self-confident record they’ve put out with what they’ve been doing as of late. However, I will say this is the most unrelenting and intense this band have been up to this point in their current form, and while I’ve never been a fan of groove metal as a whole, there is an undeniable weight that hits like a boxing glove stuffed with cement to the chest that more than knocks the wind out of your sails, it caves in your chest cavity.

The total disregard for sensible album structure is 100% still at play here, because the album begins with arguably its softest song. “Machine Messiah” is a drony doom song that features clean vocals for its first half, and while Derrick Green brings out his trademark rabid barks in the latter half, the mood of the song is still melancholic and contemplative.

It’s a great song, but it’s another example of that modern Sepultura way of throwing curve balls at you by spitting in the face of metal album structuring convention. This is especially exemplified here because of the D-beat molotov cocktail blitzkrieg of the album’s single, “I Am The Enemy”, a sludgy metallic hardcore barn burner that takes no prisoners and creates a jarring contrast from the very get-go.

It’s also apparently within these first two songs that Andreas Kisser shows he is feeling inspired and on fire on the guitar front. Machine Messiah undeniably showcases the best guitar work Kisser has laid to track in forever, recapturing a perfect mix of Chaos A.D. with it’s hardcore-driven, teeth-grinding grooves, and Roots, with its nu-metal angst, combined with a new-found sense of playful progressive riffing. The result is an album that’s not only shamelessly proud of its so-simple-yet-far-from-it approach but also hooks you in all the way while doing it.

Kisser’s solo’s on this record are so lyrical and playful and his riffs so gritty, pissed, and burning — like having napalm sprayed directly into your face–  his presentation of his craft on this record can’t help but invoke that primal intensity that, when Sepultura hits it, is just exactly the right note. It’s a huge part of what contributes to this being the first all-killer, no-filler record of Sepultura’s Green era.

The other thing though that really brings Machine Messiah to life is drummer Eloy Casagrande, whose own writing on this record is phenomenal. This is the first truly great drum performance of 2017 that I’ve heard, and I think it’ll turn out to be a real standout for me for the rest of the year.

He approaches the album in two extremes: He either sticks to the super tried-and-true basics or he just throws something completely fucking out there (see the fucked-up blast-beats in “I Am The Enemy”), and shows that he’s not only filling the shoes of his predecessor just fine, he’s outright superior to him in every regard as a living, breathing groove factory. While I’m not sure if he’s technically superior to Igor Cavalera, he’s definitely the better writer as a drummer. Trust me, this matters.

Other songs like “Alethea” or “Vandals Nest” showcase just how in tune Sepultura actually is and probably always has been with modern metal’s global consciousness, with the former being Meshuggah’s classic Destroy Erase Improve sound funneled through the tribal savagery of Roots and the latter being a showcase of how to still write a great old school thrash meth rush, while bringing in modern rhythmic counterplay to create a song that feels truly chaotic — it exists in the past, the present, AND the future all at the same time. There’s also “Resistant Parasites” which is just a straight-up tribute/love letter to Chaos A.D. It’s also one of my favorite songs on this record by far.

This record is going to have to be heard to really be comprehended, but it’ll be worth your time. 2017 has barely begun, and this is already a good year-end list candidate right out the gate. There will be plenty of stellar releases, but very few will have the kind of character and commitment of a band to doing what the fuck they want to do, how the fuck they want to do it, that Machine Messiah has.

Machine Messiah will be released by Nuclear Blast on January 13. It’s available on CD or vinyl here, and digitally on iTunes, Amazon, and Google Play.