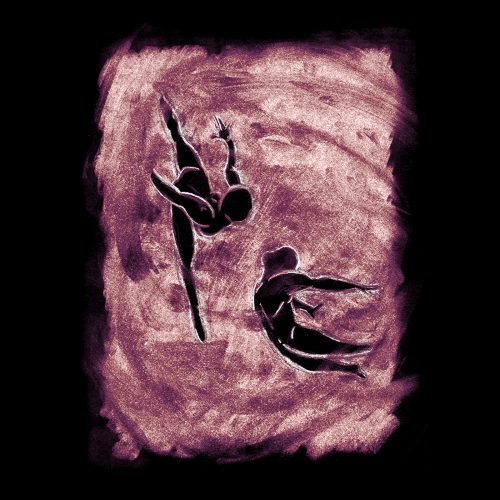 It would be an understatement to say that the new album by the Dutch band Laster represents a large step ahead of their 2014 debut. It is more like a running leap ahead, doing somersaults and back-flips in the air before sticking the landing. That’s not intended to take anything away from De verste verte is hier, which was very good, but Ons vrije fatum is the kind of musical marvel that opens your eyes as wide as saucers.

This new album will be released on January 9 by Dunkelheit Produktionen, and today we bring you a full stream of its seven remarkable songs. 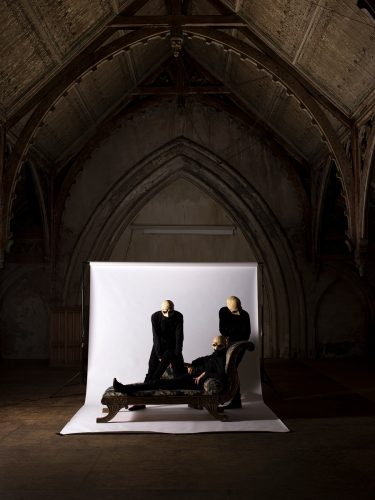 As you listen to this elaborately textured and ever-changing album, you may begin to sense the unfolding of an overarching strategy, a core mission to evoke emotional responses in the listener across a broad spectrum. And the evocative strength of the music is indeed very impressive, producing an experience that’s both soaring and searing, encapsulating changing sensations of angst and anguish, reflectiveness and joy.

Especially in one facet of the remarkably diverse array of vocal expressions and in the appearance of driving blasts and swarming guitars, the music maintains a connection to black metal, but Laster clearly feel no need to confine themselves within any rigid genre boundaries. They pick and choose what they need in order to accomplish their mission, and so the music could also be described as progressive (at times reminiscent of Crack the Skye-era Mastodon), atmospheric, experimental, and even jazz-like.

To further aid in the accomplishment of their strategy, Laster have created intricate patterns of sound that include sparing but wisely chosen use of keyboards, electronics, hand drums, strings, and saxophone. But even the more conventional metal instruments are performed with impressive flair — the guitars produce a multitude of tones and moods; the bassist is strikingly nimble, producing vibrant, fluidly changing rhythms that grab the attention; and the drumwork is inventive and constructed in a manner that seamlessly meshes with the music’s changing course.

And those changing moods span a broad range, including wrenching tension, yearning, desperation, an almost hallucinatory mental derangement, debilitating grief, playfulness, and elation. What becomes especially impressive through repeated listening is how fluidly the music moves among these changes, from loud to soft, from bone-shaking to ethereal, from storm fronts to impressions of sunlight glinting on meandering streams.

The vocal variety is also a key ingredient in the power of the music to change moods, and sometimes to combine them in unexpected ways. There are flesh-peeling shrieks and ugly, gasping growls, harsh whispers and somber spoken words, gothic clean vocals that are haunting and morose, and rising yells of anguish.

Yes, there is a grand strategy at work here, with obviously great ambitions and great attention to detail in the execution — and it pays off. Ons vrije fatum is thoroughly engrossing and richly rewarding. It is well worth your time. Listen below.

To pre-order the album, go HERE.

3 Responses to “AN NCS ALBUM PREMIERE (AND A REVIEW): LASTER — “ONS VRIJE FATUM””