Towards the tail-end of 2016 I conducted an as-yet-unpublished interview with Black Anvil bassist/vocalist Paul Delaney about the band’s upcoming new album, As Was (out today on Relapse Records).

During said conversation he ruefully acknowledged that the fact that the band’s members all have roots in the NYC Hardcore scene tends to unnecessarily dominate the conversation a lot of the time, often causing people to read into things, or hear things, that aren’t there, and leading interviewers to say or ask things which make it clear they’ve made certain assumptions about the band, and about their music, that they wouldn’t have otherwise.

So I had to laugh when skimming through some of the coverage of As Was on the internet recently, noting several writers/reviewers still attempting to cast doubt upon the band’s sincerity and/or integrity, with the general gist seeming to be that it’s impossible for tattooed ex-Hardcore guys to truly “get” Black Metal, which is a genre that’s solely the preserve of weedy dudes in face paint, who truly understand “darkness” (no parents?).

I mean, are we honestly still going with the whole “jocks vs nerds” stereotype?

Don’t get me wrong. I understand the urge, the need, to see and hold a style of music as “yours”. Particularly if it’s been such a formative part of your identity for so long. But to write off a band simply because they haven’t followed the same path as you is just ludicrous.

There’s more than one way to skin a cat… or to blast a beat… after all. 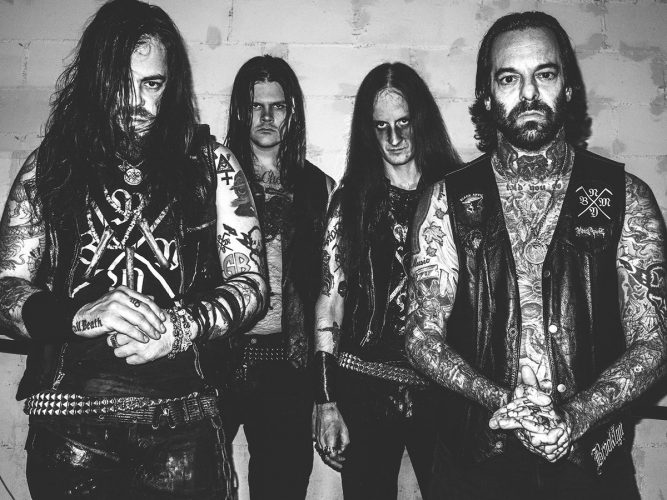 Not that Black Anvil really give a fuck about who considers them to be “true” or “false” anyway. I think they’re just tired of rehashing the same old talking points, and would much rather just let their music speak for itself.

Ever since the release of their first album, Time Insults The Mind, the quartet have refused to simply stand still, to stagnate, and each subsequent release has seen them growing and developing their sound – part rough-hewn Black Metal, part gritty, Celtic Frost-inspired groove, part classic Thrash swagger – into something which, in all fairness to those attempting to categorise the band, doesn’t fit all that neatly into one particular box.

If anything, the group’s motto over the years might as well have been “evolve or die”.

Which, of course, leads us to their latest evolution, As Was, which finds the NY-nihilists cutting back on the thrashier side of their sound, while simultaneously becoming more and less Black Metal in the process. 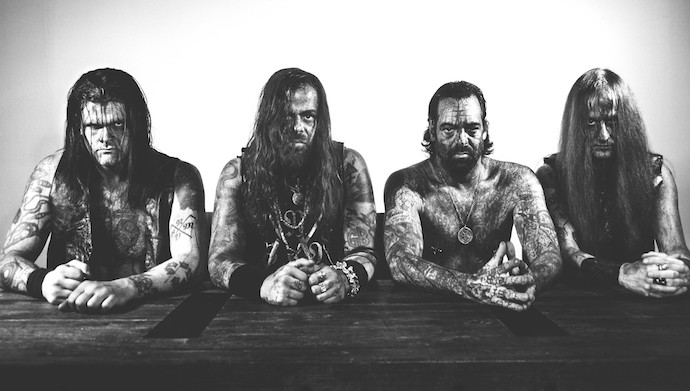 Without trying to name-drop too much, this really feels like the sort of album – not exactly, but at least in the same ballpark – that Watain were trying to make with The Wild Hunt. The obsidian riffs are just that little bit sharper and more streamlined than before. The hooks are smoother and more seductive. And the whole package is just that little bit more ambitious.

Not that I’m accusing the band of selling-out (though I’m sure there will be some crying foul at the increasing incorporation of clean vocals), but I firmly believe that, with the right push behind it, As Was could well open them up to a whole new audience… particularly those who may have unfairly written off the band before now due to their background.

For one thing, the album in general just sounds absolutely fantastic. The guitar tone is electrifying, the bass is crystal clear yet not overbearing, the drum sound is warm and deep, and the vocals (both harsh and clean) are delivered with a seamless blend of blackened grit and vibrant emotion.

And, for another, the songwriting is similarly brilliant, as practically every single track is a veritable abattoir of cruelly curved hooks and razor-edged riffs, each one sharper than the last.

I can’t imagine anyone with a taste for the more anthemic side of Black Metal not gravitating towards the Dissection-inspired grandeur of expansive opener “On Forgotten Ways”, or the gloomy, desolate drawl of “As An Elder Learned Anew”, and I have no doubt that the pulse-pounding intensity of tracks like “May Her Wrath Be Just” and “Nothing” will raise more than a few eyebrows (and a few horns) even as they showcase the band’s commitment to balancing both aggression and atmosphere, menace and melody, in equal measure. 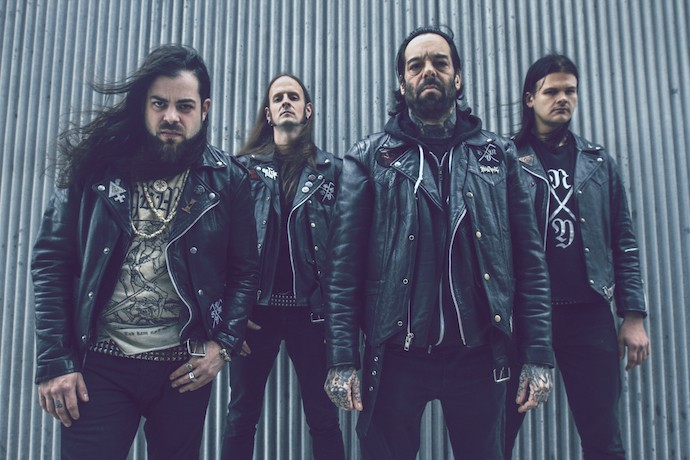 Speaking of melody however, As Was is quite likely to be a divisive release in certain circles due to how openly and unashamedly the band have embraced their melodic proclivities this time around.

The seeds were always there, of course, particularly on 2014’s Hail Death, but you need look no further than the undeniably Agalloch-esque (and decidedly un-Black Metal) strains of the title-track to see how far the band have pushed this side of their sound on their new album… though each and every one of the songs mentioned above also finds the band incorporating moments of moody melody and proggy introspection into their work, adding a welcome dose of context and contrast while also widening the scope and reach of their vision.

The absolute apex of the band’s ambition and evolution, however, is found on “Ultra”, the album’s stunning final track.

With its bold, brashly infectious riffage, soaring melody lines, and overall hypnotic atmosphere, it’s about as far removed from “true” Black Metal as the band have ever been… but still fits in seamlessly with the ever-evolving style and identity which they’ve crafted for themselves over the years… eventually building to an absolutely spellbinding, a cappella conclusion of gloriously anthemic, elegantly enigmatic clean vocals — whose layering of melody and counterpoint is reminiscent of a more spirited, less wistful, Alcest — which practically begs you to play the entire album again from the start.

As Was is the sort of album which hearkens back to a time when bands made music, made art, for themselves, first and foremost. A time before the genre boundaries were hammered into place and assiduously patrolled by self-declared “defenders of the faith”, eager to punish any and all who dared to transgress against the established order.

It’s the sort of album which demands to be judged entirely on its own terms. Take it or leave it.

My advice is to take it.