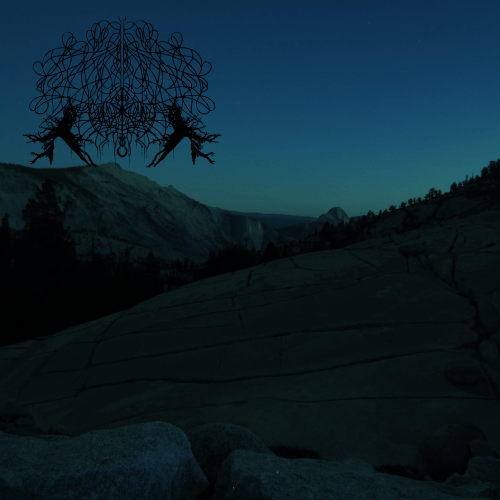 Tomorrow the West Cost atmospheric black metal bands Stellar Descent and Aylwin will release an immersive new split under the title Second Sequence, marking the bands’ second collaboration following their 2013 split, Farallon. We have the first public stream of the split today, preceded by some thoughts about the music. The split will be released digitally at these locations — with all proceeds going to the Corporation for Public Broadcasting in the U.S., which funds both NPR and PBS:

And there will be a tape release from Red River Family and a CD edition through Arcane Angels. 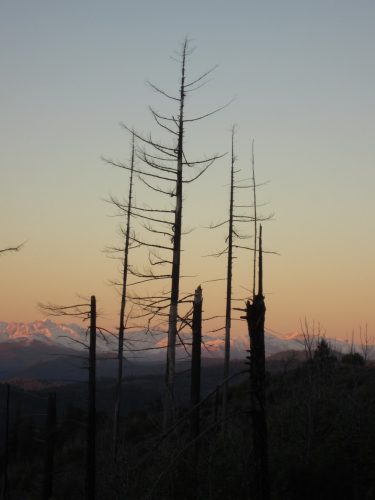 Stellar Descent has been the solo project of Anthony W., who performs guitars, drums, and vocals here, but for this recording he’s also joined by Jon Rosenthal on bass and backing vocals. Stellar Descent’s contribution is a nearly 30-minute-long piece called “Moonrise“, and I found it completely enthralling.

The music moves repeatedly between two phases — alternately dreamlike and blood-rushing, as soft and rich as velvet and then as bracing as a sleet-storm, both crystalline and craggy. In its softer passages, it resonates with the ache of remembrance, reflections on better days gone by, and in its riveting surges of power it becomes heart-bursting in its emotional intensity.

But although these sublime and harsh segments trade places over and over again for nearly half an hour, they’re never exactly the same. Nuances are added each time, embellishing and subtly altering the song’s core frameworks, which is part of why “Moonrise” has the capacity to hold the listener in its grip straight through to the end.

The chirping of crickets and acoustic strumming and picking, somehow both subdued and bright, create a pastoral atmosphere from the beginning, and then the storm breaks with an explosion of blasting drums, the racing heart-beat pulse of the bass, a cascading tremolo guitar melody, and high, skin-stripping shrieks that magnify the boiling intensity of the music even though they’re set back in the mix. And that duality in the opening minutes sets the pattern, but hardly exhausts it.

When the conversation of crickets and the acoustic strumming return, a drifting ambient keyboard melody joins them — and then soars and gleams like starshine in the wilderness when the stormfront returns.

I won’t try to catalogue all the ways in which Stellar Descent maintain the striking seductiveness and vibrancy of the track as the minutes pass — you’ll have the chance soon enough to listen for yourselves, if you aren’t already doing that — but I do have to single out the incredibly versatile and explosive drum performance. If you’re familiar with what Austin Lunn is capable of doing behind the kit in the music of Panopticon, this is in that league.

Mystical, gorgeous, and powerfully raw and tempestuous, “Moonshine” is a riveting experience. A great introduction to Stellar Descent for those who haven’t discovered the previous recordings, and a wonderful reacquaintance for those who have. 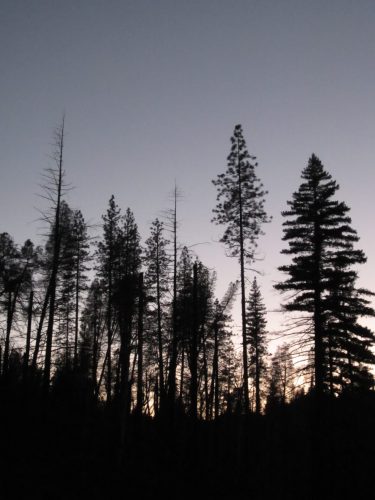 Since 2012 California-based Aylwin have produced a series of demos, splits, one EP, and a single. Their part of Second Sequence is a song called “The Expiation“, which exceeds 15 minutes in length. It has a very somber, increasingly depressive, melodic core, but becomes thoroughly seductive in its expressions of grief and despair.

It too begins with strummed acoustic chords, joined by the spectral appearance of somber strings shifting back and forth between the channels. As the strumming intensifies, the high trill of tremolo chords comes in, with further guitar parts gradually added in layers until the drums begin to push and an abraded riff begins to rake. When the song really starts to rumble and move, the bass tone gives the surge the sound of a machine rushing through an expanse of gravel.

When the vocals become manifest, the high, jagged howls and gritty wails, distraught in their agony and feverish in their distress, only further intensify the song’s wrenching sense of emotional collapse. There’s a brief respite about halfway through as the drumming subsides, but the arpeggio in that space is a dismal one — this song isn’t ever going to break its mood with some kind of uplifting contrast. Even in the final minutes, when the hammering and the harrowing have run their course, replaced by a collection of ambient tones that warble, pulse, and flow like fluid, the sounds are discordant — even as they’re hypnotic.

It doesn’t take an especially acute perception to understand that, musically, Stellar Descent and Aylwin are kindred spirits. There is a kind of spiritual union between Aylwin’s track and the longer piece by Stellar Descent, and certainly an equal ability to produce strong emotional responses in the listener. But there are nonetheless palpable differences in the atmosphere of the two tracks that make them a very interesting and complementary pair — and they make this split an experience in which you can really lose yourself.

Enjoy these two compelling tracks below, and check the Bandcamp links tomorrow for a download.

UPDATE:  The Bandcamp downloads are now live for a meager price — and the bands have decided that all proceeds will go to the Corporation for Public Broadcasting in the U.S., which funds NPR and PBS.

10 Responses to “AN NCS PREMIERE (AND A REVIEW): STELLAR DESCENT AND AYLWIN — “SECOND SEQUENCE””