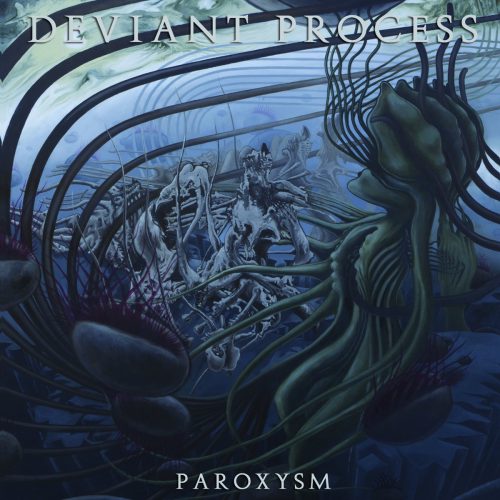 (We present Andy Synn’s review of the new album by Deviant Process from Québec City, Québec.)

Whichever way you slice it, last year was a very good year for fans of the more technical side of Death Metal. From the weird and the wonderful, to the brash and the brutal, 2016 offered a wealth of diverse delights and hidden gems across the length and breadth of the ever-expanding Tech Death spectrum.

And one of those hidden gems was Paroxysm, by Canadian destroyers Deviant Process.

So, as yet another part of my ongoing attempt to catch up with some of last year’s most overlooked and underrated albums, here’s my succinct summation of the band’s full-length debut.

What? You wanted a bit more detail than that? Fine… but never say I don’t do anything for you! 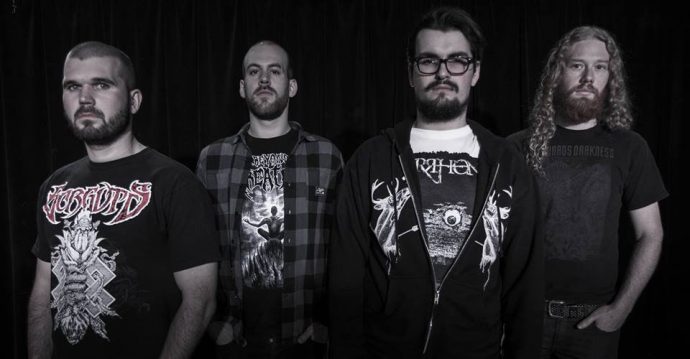 Imagine if you will a band who marry the hi-tech riff-craft of Anata to the high-octane melodic intensity of Beyond Creation, with more than a dash of the unconventional hookiness of bands like Gorod and Hieronymus Bosch (RIP), along with a generous helping of pure, groovesome heaviness, and you’ll probably find yourself somewhere in the vicinity of what Deviant Process sound like.

But… and here’s the twist… the Canadian quartet do all that, and more, without ever sounding derivative or predictable.

In fact, by the time that opener “Unconscious” kicks in properly, following a series of stunning introductory bars – all nimble, fleet-fingered bass-lines and crashing, crepuscular chords, leading seamlessly into a short, but oh so sweet, injection of proggy clean guitar strumming – it should be painfully clear that this album is something special.

For the rest of the song’s six-minute running time you’re then treated to a masterclass in targeted technical wizardry and unexpected progressive twists, searing hooks and spiralling melodies, and a veritable armada of fret-scorching riffs, all topped off with the caustic snarl of vocalist/guitarist Jean-Daniel Villeneuve.

From then on it’s basically just one humongous hit after another, with (now ex-) drummer Antoine Baril serving up an absolute storm of punishing blastbeats and complex fills on the mind-blowingly intense “Narcissistic Rage”, while the blistering fretwork, pulse-pounding grooves, and intricate scalpel-sharp melodies of the eight-minute “Persecution” make the whole thing seem to absolutely fly by.

The quartet throw off their proggy-chops with the agile fingerpicking and supple acoustic strumming which opens “As the End Begun”, before diving full-tilt into a spiralling helter-skelter of riveting riffs, rippling bass-lines (courtesy of now departed bassist Pierre-Luc Beaulieu), and utterly frenzied blast beats, after which the wild, skittering guitars of “Obsolete” take things in an even more overtly “technical” direction, while still retaining the catchiness and melodic creativity (see the gorgeous acoustic interlude which blossoms during the track’s second half for example) which helps define and differentiate the band’s approach from the majority of their peers.

Paroxysm isn’t, despite my effusive praise above, an entirely perfect album of course. As a matter of fact both the instrumental title-track and irritatingly (un)titled finale “…” come across as slightly underdeveloped when compared to their more expansive brethren, their more abridged length aptly demonstrating, to my ears at least, precisely why the majority of the band’s compositions rightfully dwell within the 6-8 minute range.

That being said, the overall impact of the record is barely (if at all) blunted by their presence, and it seems evident to me that Deviant Process could very well be the Next Big Thing ™ in Tech Death if they play their cards right.

Now, if you’ll excuse me, I’m off to crank “Dysfunctional Therapy” at a frankly ear-bleeding volume for about the tenth time today.