Earlier today we premiered a song from a band on the Naturmacht label, and the first music in this collection also comes from Naturmacht. It’s a complete album released on January 8 called Lopun Alku, by the Finnish project Author. The photo that comes next shows a full live band, but on the album one man (J.V.) did almost everything — vocals, lyrics, guitars, bass, keyboards, all music — with session drums performed by J.W. 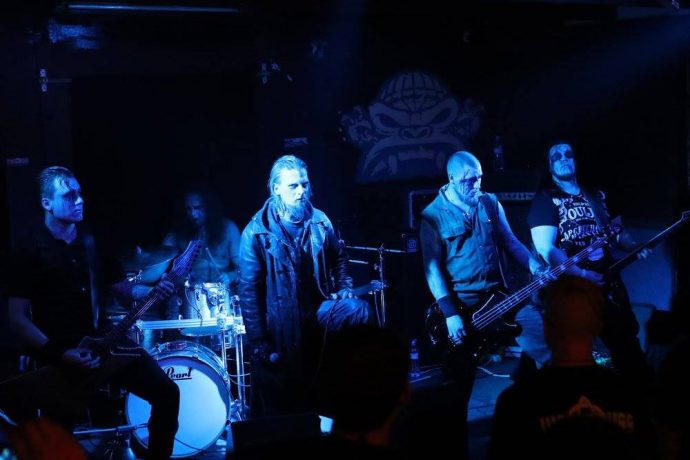 Produced with clarity and force, Author’s music has the ripping ferocity of ’90s Scandinavian black metal, seething like a viper nest and burning like a conflagration, with a suitably chilling atmosphere despite its blood-lusting fury. But the songs are also loaded with magnetic riffs and trilling melodic hooks that range from sorrowing to heroic.

While fire and fury surge through the songs, propelled by a potent bass and drum engine and a hair-raising voice, Author shifts gears and moods in ways that prevent monotony from setting in. It’s a gripping and memorable album, and a very bright star in the firmament of this new year.

The next item is a new lyric video for the song “To Glimpse Godliness“, which is the final track on Withered’s 2016 album, Grief Relic. As this Atlanta band explains:

“The lyrics are a continuation from ‘Distort, Engulf’ (Grief Relic). These songs pair up to illustrate becoming overwhelmed by the frustration with the mortal limitations of human existence. It ponders your willingness to cast off this physical existence and achieve an aethereal sense of timelessness & limitlessness. To perceive the universe as a blank nothingness from a lone, single consciousness is to glimpse godliness.”

The lyrics are quite good, and as for the music, Andy Synn in his album review characterized the song as “a hideous amalgamation of rusted, blackened hooks, lurching rhythms, and diseased Death Metal deviance.” The visuals behind the words are pretty damned cool as well. 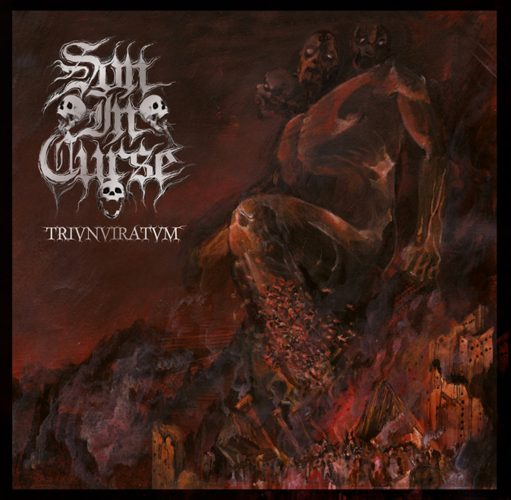 Son In Curse are based in Puerto Montt, a port city in southern Chile. Their debut album Trivnviratvm was released on January 13 of this year by Melipulli Records. I haven’t heard the album, and I discovered this next song quite randomly — it was sitting on the right side of a YouTube page next to a song by another band I was listening to, and I decided to check it out (the right side of that same page is also how I found another band in this collection).

The song’s name is “The Arrival of the Empire“, and it also happens to be the only track from the album that’s available on Bandcamp. It’s a beastly piece of music, a merciless, grinding, head-battering hybrid of death and black metal with a corroded and corrosive sound and deranged, devouring lead guitar flurries — and a grim bass solo right in the middle. Digging this. 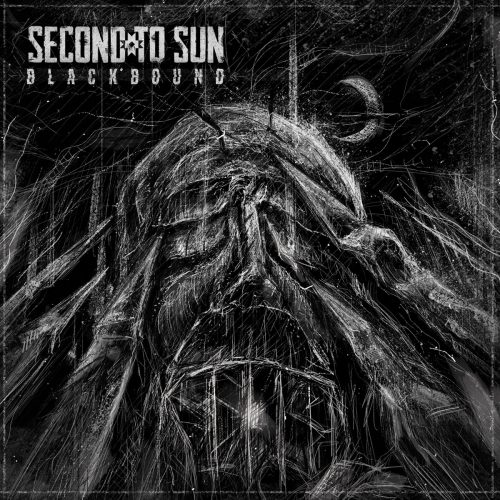 Second To Sun is a two-man Russian band with an eclectic style that I’ve written about on other occasions. Last year they released a series of cover songs originally recorded by Behemoth, Bones, and Darkthrone, along with an excellent full-length album named Blackbound. What you’re about to see and hear is a new video (the band’s first) for the first part a four-part track from Blackbound named “Mrakobesie“.

Like virtually all of Second To Sun’s songs, “Mrakobesie” is an instrumental-only track. In the band’s words, it “tells the story of a normal family evening in Povolzhye.” The band also say: “Please note that the story depicted in the song is only available in Russian, as it is pretty much impossible to fully grasp the atmosphere and idiosyncrasies of what’s happening in any other language.”

“Mrakobesie” is a thundering storm of sound, but a storm laced with strange, sinuous, wailing flows of guitar melody as well as pavement-cracking grooves. And so it becomes both physically dismantling and eerie. If you’re like me, you’ll come to the end of the video and wish it had lasted longer — but remember that this is just part of an album track that’s more than 10 minutes long. Visit the Bandcamp link below to hear all of it. 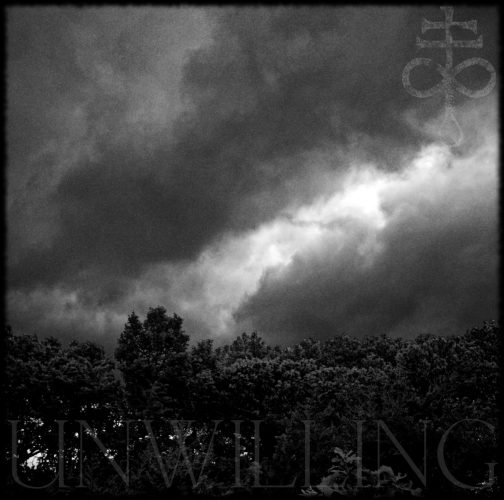 This next item is another example of music that I shoe-horned into this collection because I didn’t want to wait to recommend it, even though it’s not strictly black metal. A better description, though it’s a mouthful, would be atmospheric blackened death/doom. The band’s name is Tanakh, and it’s the work of two men (vocalist Nick Murphy and multi-instrumentalist Michael Iverson) from Sioux Falls, South Dakota.

What you’ll find below is a stream of Tanakh’s debut EP, Unwilling, which was released on January 19. The band wrote us, I listened, and here we are.

The music has a hypnotic quality when it plods and lurches, filigreed with weird, spectral melodies and dismal dissonant riffs. But Tanakh don’t stay in the slow lane all the time. As you’ll find in the very first track, “SundoggodnuS”, they turn on a dime, erupting in ferocious bursts of bolting drums and strange, frenzied riffing, and then settling into a dreamlike and depressive stagger.

On other tracks, they move from head-cleaving grooves to morbid grinding, from slow, haunting meditations to maniacal feeding frenzies. They’re obviously very talented musicians, with impressive technical chops, but they also have a knack for insinuating seductive melodies into these intricately plotted and ever-changing songs. There’s a persistent darkness to the atmosphere, a pervading air of desolation and emotional despair, yet there are moments of somber, haunting beauty as well.

The vocals are an amazing array of harsh expressions with impressive range. Nick Murphy can drop down into cavernous roars just as easily as he can peel the paint from the walls with anguished shrieks, put the hair up on your neck with carnivorous growls, or wail like a banshee.

A very, very impressive debut by a band worth watching closely from here on.

Unwilling is available as a “name your price” download at Bandcamp. 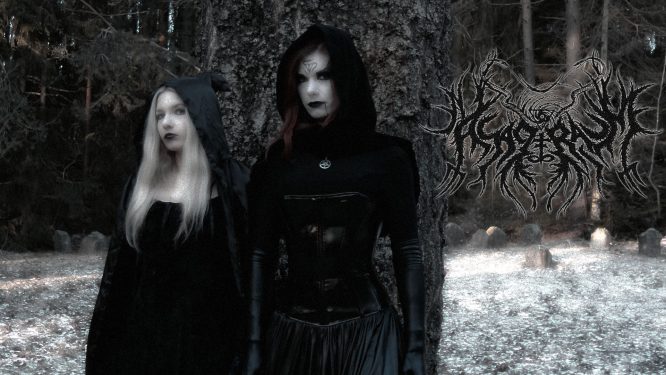 This is the second example of a band whose music I randomly discovered because one of the clips below appeared on the right side of a YouTube page for a song I was listening to by a different band. I later found a second song by Asagraum on YouTube, and have included it as well.

These two tracks — “Black Triangle Temple and Transformation” — appear to be the lone finished recordings by Asagraum, which is a two-woman band — Dutch guitarist/vocalist Obscura and drummer Trish Kolsvart, who is Canadian but lives in Norway. They founded Asagraum in 2015, though both women have performed with other groups (Trish, for example, has been a live drummer with the likes of Craft and Isvind, and Obscura is also a member of Draugur). They have ambitions to release a debut album this year.

“Black Triangle Temple” is mid-paced and as grim as a sucking chest wound, with a heavy thrumming low end and ghastly vocals that scorch like a spray of sulfuric acid. But the song also includes a melancholy, ghostly melody that gives the music a mystical air; you can almost see the circling of wraiths in your mind’s eye. It’s an unsettling experience, but the song gets its hooks in your head.

“Transformation” similarly generates a pitch-black, spectral atmosphere, one that’s ominous, brooding, and savage. But it gets the head moving, too, and the pace and rhythms change, alternating moments of strange rippling melody with bursts of hard-punching intensity.

These two promo tracks and a 2015 rehearsal of a song called “Leviathan” have been collected on a tape released by a label called Zwaertgevegt. I’m hoping there will be a digital release some day, and I’m looking forward to the album that’s planned for later this year. 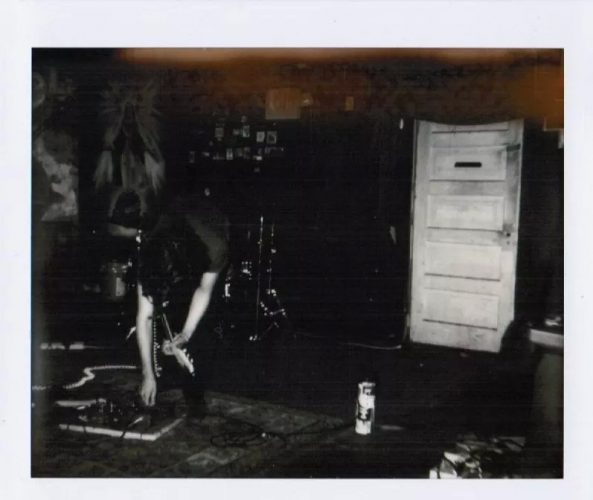 Riftworm is a third project in today’s collection that I discovered by randomly checking a song that appeared on the right side of a YouTube page for some other song I was listening to. This happened more than two months ago. I was enthralled by the first song I heard, and so I explored further and came across a few more on YouTube. I’ve kept the tabs for them open on my computer ever since, because I periodically go back to them. Featuring Riftworm here seemed to be the least I could do to express my gratitude.

Since deciding to include some of Riftworm’s music in this post, I did some further research and discovered Riftworm’s Bandcamp page, which includes a lot more stuff. I also learned that Riftworm is a one-man project based in Denton, Texas (his name is Andrew). Based on this report at a Denton-based blog, he also plays live, by himself.

Stylistically, Riftworm’s songs don’t all fall easily under a single heading, though “shoegaze” comes close on some of the tracks I’ve heard.

“Pristine” is heavy, abrasive, and bleak — mesmerizing, but with a skull-cracking, metronomic rhythm that proves to be compulsive, and with the kind of harrowing, ugly shrieks that put one foot of the song in the territory of depressive black metal.

Riftworm’s talent for concocting spellbinding melodies and then looping them through the listener’s mind is also on full display in the other tracks I’m including below. “Guts“, even more than “Pristine”, hits with a storm of dense overpowering sound, with enormous low-end power and spine-shaking rhythms, yet it’s meshed with soaring cosmic melody that contrasts with the rampaging destructiveness below and the unnerving guitar excretions that flicker in and out.

“Mothman” and “The Lake” are a different breed of cat, stripped-down and heart-achingly beautiful instrumental pieces. It’s very easy to fall under their spell and get carried away, even with the harsh and distorted voice that appears briefly in the former. Both songs establish a motif and run them in loops, with “The Lake” having a shining, shimmering quality that matches the song’s name, yet with a big, slow, groaning bass pattern that injects a feeling of contrasting gloom.

Those four are the songs I’ve included below, and all of them except “The Lake” — which is the most recent Riftworm track I’ve found (in video form) — are available on Bandcamp. “Guts” is on the Household album; “Mothman” comes from a Riftworm split with the band Edifice; “Pristine” is a stand-alone release. There’s more music to explore as well.