Almost exactly nine years ago Misery’s Omen released their debut album Hope Dies . . . and have released nothing else since then, although they seem to be dormant rather than dead. The album is very good, which perhaps should be expected, given that this Australian trio’s members have participated in numerous other bands including Mournful Conregation, Martire, Sacriphyx, Johnny Touch, and Cauldron Black Ram.

Hope Dies is almost an hour long, and it begins with the title track, which tops 11 minutes and is the album’s longest track by a significant margin. It’s also a remarkable song, and that song alone is the subject of this Sunday’s Rearview Mirror column. 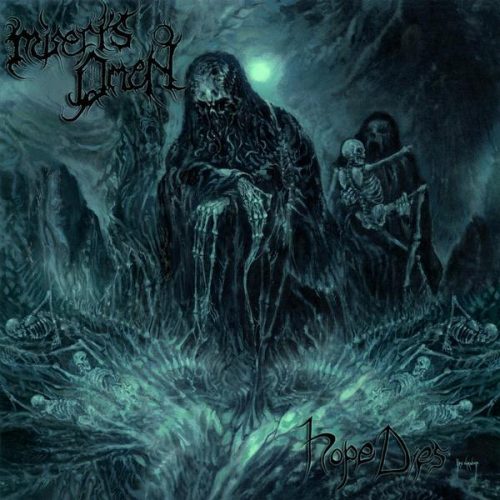 The song “Hope Dies” is a musical kaleidoscope. It could be characterized as “blackened doom”, but it includes many stylistic ingredients. It could have been a jumble, but instead it’s a jaw-dropper.

It’s a sad, beautiful song, both unsettling and memorable.