This is Malta, and its sister island Gozo. As you can see, they sit sort of dead center in the Mediterranean Sea. Because of its strategically important location, Malta has an incredibly rich and eventful recorded history stretching back for millennia, bearing the influences of a multitude of cultures. From photographs scattered around the web, Malta also appears to be an extravagantly beautiful place.

And it’s also home to a lethally explosive death metal band who have managed to survive and flourish for more than a quarter-century, just as their homeland has survived centuries of occupation and conquest. I’m talking, of course, about Beheaded.

Beast Incarnate is the band’s fifth album, set for release tomorrow (January 27) by Unique Leader Records, and we are very happy to host the premiere of a full album stream today. 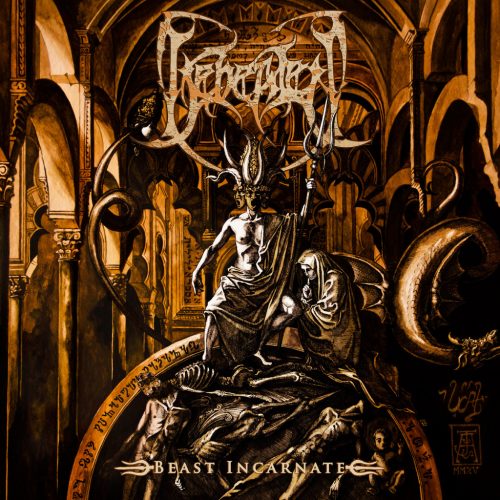 I have what might be a peculiar view about this album. As I began listening to it the first time, my immediate and continuing reaction was something along the lines of, “Goddamn, this is obliterating!” That didn’t come as a shock, mind you — expert death metal obliteration is what I was expecting based on past experience with Beheaded — but the impact was still sort of stunning.

However, as I moved further into the album, it began to dawn on me that there was more going on here than a highly refined strategy of destruction. And in the end, my favorite tracks turned out to be the two that are the most multifaceted, the two that are perhaps least like all the others.

No doubt, the obliterating effects of Beast Incarnate will be the big draw for most fans. It’s the kind of music that fuels metaphorical rhetoric: Most of the time it’s a rocket ride through a mechanized slaughterhouse, in an active war zone, during an earthquake.

This is what Beheaded do. And they do it very well, with dedication, veteran skill, and self-assurance. If you enjoy death metal that rushes at your head with megawatt energy, dizzying percussive pummeling, dark pulsating melodies, and an insatiable blood lust, this is your fix.

There have been a few changes in the line-up along the way. The band’s new drummer, for example, is Davide Billia, who is also a member of Hour of Penance and Antropofagus. He is a machine. His drumming sounds like heavy-caliber machine-gun strafing most of the time, except when he’s locked in with the rest of the band delivering a merciless bludgeoning, like a pile-driver gouging craters in concrete.

But the drumming and the equally dismantling bass work are only part of the equation. The riffs are merciless and electrifying, generating sounds of inhuman swarming and feeding, accompanied by soloing that’s skittering, fluid, freakish, and fiery, and by raw, animalistic howls. And all these ingredients are organized around head-rattling grooves and strands of nightmarish melody. 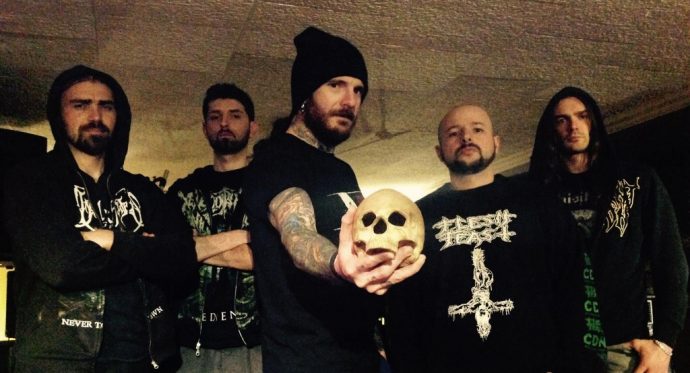 This is all well and good. If you like your death metal turbocharged, technically impressive, and brutally bloody-minded, Beheaded will rocket you along quite happily through the first half of the album. And then you’ll come to “The Black Death“, which is where my own appreciation began to deepen.

It’s an 8-minute track that really represents the first break in the album’s relentless onslaught. After a long intro that consists of a conglomeration of horrifying sounds, it follows a somewhat more restrained pace and a more militaristic rhythm. It grows in intensity, but also ebbs into a slow, dismal, serpentine slither accented by a mournful bit of soloing — followed by bursts of darting fretwork and destructive drum explosions.

A second solo in the track sounds as pestilential as the song’s title, and although the music does become… obliterating… it’s also deeply queasy and as oppressive as an anvil sitting on your chest. It has the air of fragmenting sanity about it, and the vocals sound downright demonic.

“The Black Death” became one of my two favorite tracks on the album, and the other is the one that closes the record, “Punishment of the Grave“. At the beginning it’s slow and deeply mesmerizing, with a moaning central riff that casts a very dark spell. Yes, soon enough there is frenzy in this song, too, but the band continually shift gears. moving into a new jabbing rhythm with a wailing solo that meshes perfectly with the song’s core melodic theme — and there’s one more amazing solo at the finish.

I highlight these songs primarily so you won’t get the impression that the album is all one thing (obliteration). Not that you’ll be disappointed by the rest of the album. It’s a damned good trip from blastoff to touchdown. Enjoy the stream below.

Again, Beast Incarnate will be out tomorrow, and it can be purchased here:

2 Responses to “AN NCS ALBUM PREMIERE (AND A REVIEW): BEHEADED — “BEAST INCARNATE””