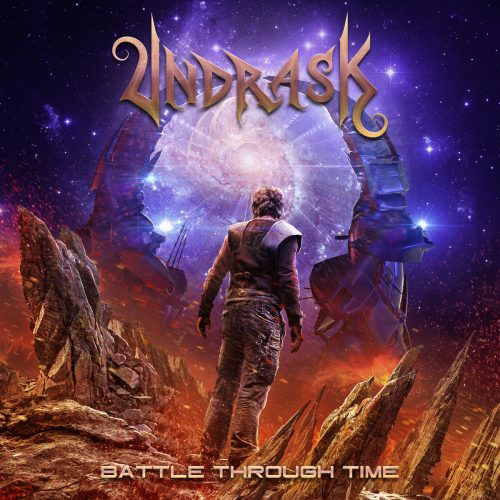 ‘Twas the night before Christmas, and all through our house, all the creatures were stirring, even the mouse — because on that day we posted “Conscripted”, a song by Undrask. Further stirring of a frenzied kind will be happening today, because we now have for you a full stream of this North Carolina band’s debut album Battle Through Time, this time on the eve of its January 27 release.

The album chronicles the story of “a man lost to eternity — forced to fight and die repeatedly throughout time and alternate realities.” That sounds like my typical work week at NCS. However, the actual (glorious) sound of the music is more consistent with a saga unfolding on a grander scale. 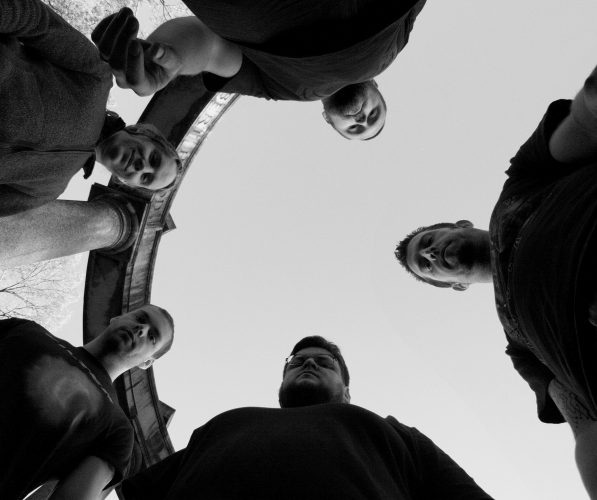 “Conscripted” was an enticing introduction to the album. It gets the blood pumping damned fast, displaying vocals that are bestial and boiling along with darting riffs and swirling melodies that are highly addictive. And it’s just the tip of a gleaming iceberg.

The album includes nine more tracks that should hold considerable appeal to fans of Scandinavian melodic death metal, harkening back to the early glories of such bands as In Flames and Heartwork-era Carcass.

There’s plenty of bracing gallops and surging races in the pacing of the album tracks, coupled with scintillating dual-guitar harmonies, remarkably vibrant and technically immaculate soloing, and a hard-punching rhythm section. As was already evident on “Conscripted”, the vocals are ferocious throughout, with variations in range and intensity that add to the dynamism of the music.

Not to take anything away from the physically jolting and razor-sharp performances of the rhythm section or the barbarity of the vocals, but the guitar work on the album is really the heart of what makes it shine so brightly. Lead guitarist Erik Collier turns in one wondrous solo after another, and his interplay with guitarist Darryl DeWitt repeatedly sets off fireworks.

Obviously, the talents of skilled guitarists such as these can be wasted unless their fluid fretwork is put to effective use within well-written songs that stick in the head (and get heads moving), but that’s not a problem here. Yes, they regularly explode the music with jaw-dropping pyrotechnic displays and spirited harmonizing, but the songs are damned catchy and damned invigorating to hear in all their facets.

I should add that the album isn’t one unbroken headlong charge. Among other things, it includes a beautifully rendered, classically oriented acoustic guitar instrumental with a medieval air (“Embers and Oceans”) as well as warlike anthems and earth-shaking stomps. 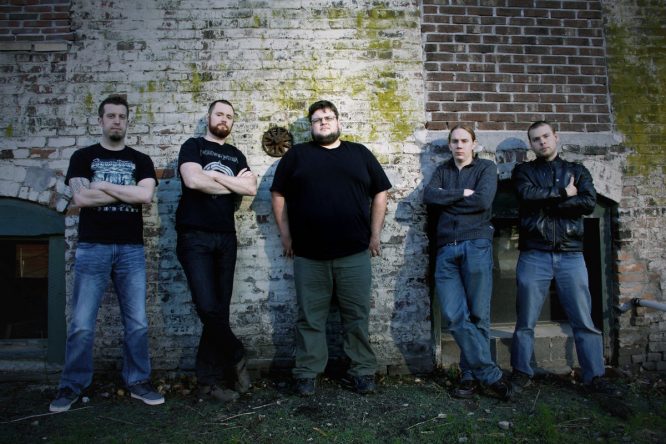 As someone whose personal gateway into metal was Scandinavian melodic death metal, I confess that there’s a potentially large nostalgia factor in my own attraction to this music, but I hope I’m also objective enough to be trusted in saying that these dudes are very, very good at their chosen method of musical expression. And the clarity of the album’s production allows each of them to shine in their own roles, just as the songs blaze like bonfires.

If you’ve grown tired of pulse-pounding melodic death metal to the point of confirmed disinterest, then you’ll probably want to take a pass on this album. But if the genre still holds any interest for you at all, this is one you definitely should not miss.

Battle Through Time will be released on January 27, 2017, both digitally and in a 6-panel Digipak CD edition with artwork by Jan Yrlund and full lyrics printed on the inside panels. To order the album, go here:

2 Responses to “AN NCS PREMIERE: UNDRASK — “BATTLE THROUGH TIME””