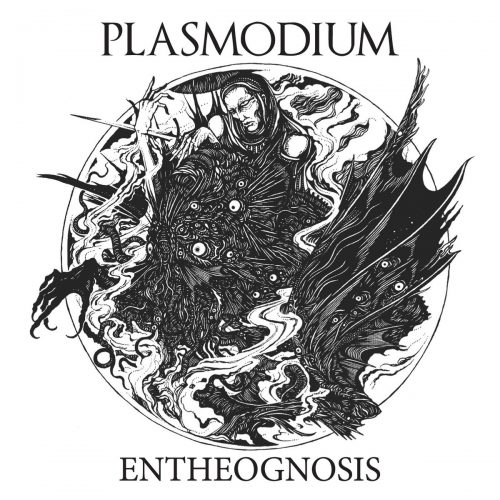 (This is Part 4 of a now-five-part series by Austin Weber about noteworthy January releases and a few from the end of last year.)

There’s something about truly dark and disturbing metal that connects with me in a deep way, as it also does for an assortment of other odd individuals too. Trying to understand the reason for that is the more difficult part, but overall, I think it has something to do with finding some odd sense of peace in hearing sounds that reflect the bleakness and harshness of the world all around us.

Forming a cathartic energy which we can lose ourselves in, that’s exactly what the otherworldly music from Melbourne, Australia-based Plasmodium has to offer.

Their debut album, Entheognosis, dropped very recently, on December 29th, through Cimmerian Shade Recordings, but I suspect I’m not alone in missing out on it initially given its very late 2016 release.

Plasmodium play a very strange form of black/death, sort of like a more black-metal and less death-metal-focused Portal, married to an aesthetic that sounds almost like Ævangelist and Imperial Triumphant to me, rounded out by sparse doom-influenced elements, and loaded with strange psychedelic droning passages on every song.

Speaking of the “songs”, the opener, “Limbic Disassociation”, clocks in at a massive 21-minute run time, and the following three songs range between 10 and 15 minutes a piece. Like last year’s fantastic album from VIII, Plasmodium have the talent and know-how to create dense music that plays out in long form without ever losing the listener’s attention.

With each towering song, the band invite you into a world all their own, a hellish sonic adventure into the abyss, yet somehow it’s quite a fascinating journey in spite of, or maybe because of, how truly deranged and alien the music sounds. 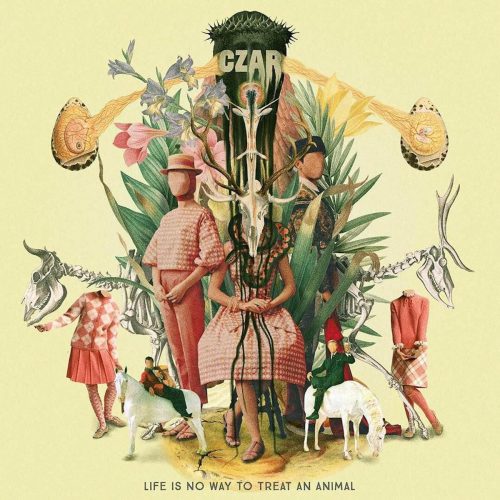 Czar – Life Is No Way To Treat An Animal

Given that, it seems fitting that the band bill themselves as Progressive Noise Metal, because for a lot of people, I’m sure that’s how their newly released album, Life Is No Way To Treat An Animal, will sound.
https://czar.bandcamp.com/album/life-is-no-way-to-treat-an-animal
https://www.facebook.com/czartheband/