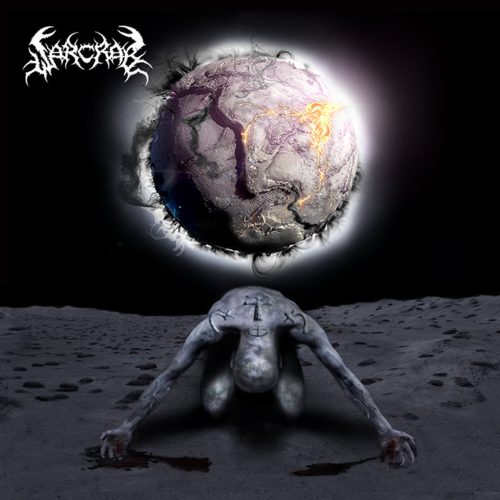 I’ve been meaning to write about WarCrab and their 2016 album Scars of Aeons (released digitally by Black Bow Records) but so far haven’t succeeded. The album did appear on Grant Skelton’s year-end list, where he wrote: “Warcrab’s breed of deathened sludge (sludgened death??) is certain to quench your rapacity for beefy slow-to-mid death metal”. And on May 1 of this year, the album is going to be released on CD for the first time by Transcending Obscurity. 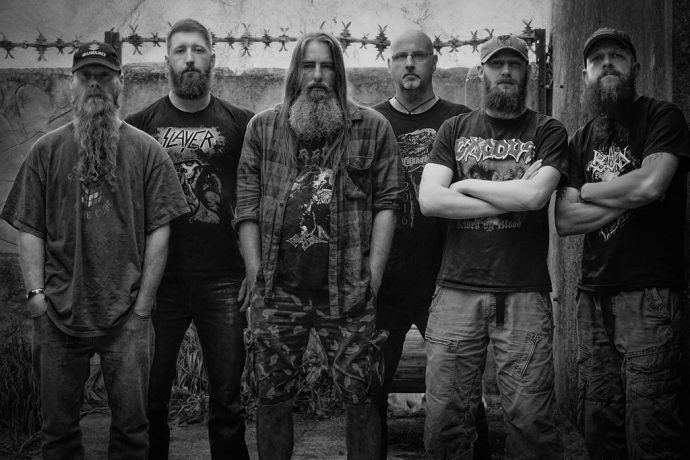 You probably couldn’t go wrong picking any song from the album for a list like this one, but I chose “Bury Me Before I’m Born”, perhaps in part because the song’s title so grimly captures the bleakness that pervades the band’s music. But I picked it mainly because it’s stunningly heavy. The song is a MASSIVE stomp, and an irresistible one.

BUT, it’s also a rushing freight train of destruction. In fact, it becomes an even more delirious headbanger when the band give their murder machine the gas. Hell of a solo in the song, too.

“Recipe for success: one part Bolt Thrower, one part Earth Crisis, one part Swedish Death Metal (of the more melodic variety), and a heavy helping of Germanic thrash. Garnish with relevant philosophical and socio-political themes and roast for 15-20 years in a blaze of righteous fury.”

That’s how Andy Synn described Heaven Shall Burn’s formula for success in his review of the band’s 2016 album, Wanderer. But as he went on to explain, the new album isn’t exactly a seamless continuation of the sound reflected in their last several albums, but is instead “the most overtly Death/Thrash-influenced Heaven Shall Burn have been since the days of Whatever It May Take“.

Andy will probably have a bone to pick with me, because the song I’ve chosen for this list from Wanderer is not one of his most favorite tracks on the album. I’m guessing he probably would have picked “Bring the War Home” or “They Shall Not Pass”, or perhaps”Corium” or “A River of Crimson”. But I honestly do think “Downshifter” is just that slightest bit more infectious. 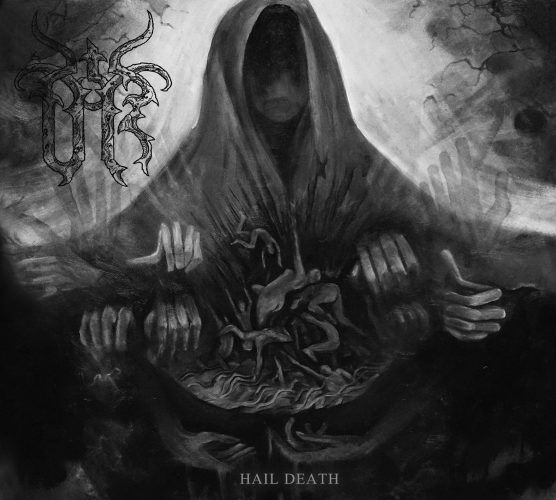 Infinite Death blindsided me near the end of last year. I wrote many words of praise (here) about this new EP from the Polish band UR, but will only repeat that all six songs “have a visceral, primal appeal — all of them displaying the kind of melodic hooks and infectious rhythms that get your head moving and that make them highly addictive, while also channeling the kind of ferocity that’s a hallmark of the black metal genre.”

The final track on the EP, “Infinity”, was a particular favorite — hellishly infectious as well as barbaric. It includes vicious jabbing as well as punk-like rhythms, and when the pace slows, the vocals and the melody give the music a pronounced occult atmosphere before UR ramp up the voltage for the finale. Hope you dig this as much as I have. You can’t not move to it.

13 Responses to “OUR LIST OF 2016’S MOST INFECTIOUS EXTREME METAL SONGS (PART 17): WARCRAB, HEAVEN SHALL BURN, UR”