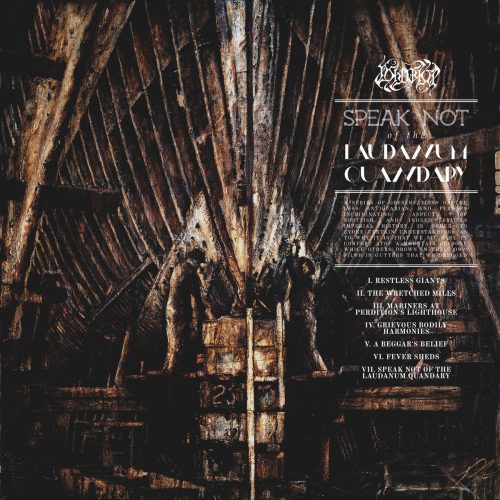 (TheMadIsraeli reviews the new album by Ashenspire from Glasgow, Scotland.)

This band is very meta. They have more in common instrumentally with bands like Opeth or Ne Obliviscarus (they seem to have a full-time violinist like NeO, or at least his presence is a full-time feature of this album) combined with some very post-black metal-y stuff going on. Combine this with a vocal style that’s… not clean singing, but is? It doesn’t particularly try to be melodic in any way but it’s kind of like a harsher version of Warrel Dane’s operatic bellowing. It’s impossible to articulate. 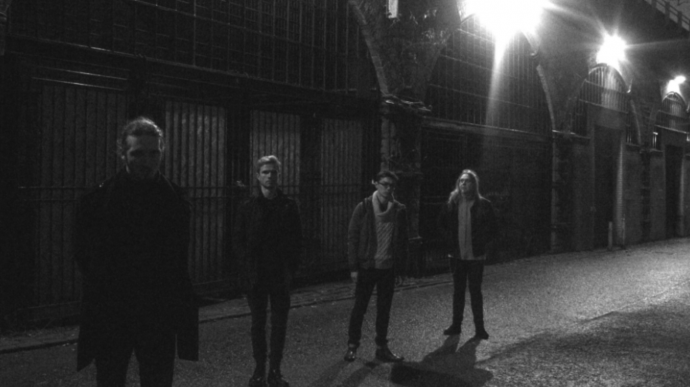 What is easy to articulate, though, is that Ashenspire’s debut Speak Not Of The Laudanum Quandary is one of the best emotive, intense musical journeys I’ve heard from a metal record. It easily sits up there with the likes of Opeth’s Blackwater Park or Daylight Dies’ Dismantling Devotion. It’ll definitely be a favorite of mine for this year.

The combination of technical, flourish-filled drum work, abrasive scraping guitar tones, and morose and grotesque chord progressions, along with that hard-to-describe vocal style, creates something that’s really all its own. The music is melodic, but far from pretty or even easily digestible.

The vocals, though, with their theatrical delivery, are what really sell the mood of what Ashenspire is attempting to communicate. While they may not meet the standards of harshness or intensity people might expect, the forlorn and agonized quality of the vocals, and the barely contained rage they express, really put the album over the top.

Ashenspire are also interesting because while the riffs are great, they are far from the forefront. The violin and vocals are the real stars of the show in conveying the music’s emotional nuance and power. The guitars and drums are there mainly to reinforce the heaviness of the music. This record is definitely more about creating a depressive, mournful dirge that is melodramatically heavy. I dig it quite a bit.

It’s hard for me to describe Speak Not Of The Laudanum Quandary beyond what I’ve already attempted. It’s a fairly one-dimensional album in the sense you will either like what they are doing, or you don’t — because the unorthodox style runs through the entirety of it. Out of more eccentric metal releases this year, this is definitely in the running for one of the best.

The album was released by Code666 on January 20, 2017. It was recorded and mixed by Greg Chandler (Esoteric, Fen) and mastered by Brad Boatright (Sunn O))), Bell Witch, Yob, Converge). The cover artwork is a painting by Ryan Mutter.

4 Responses to “ASHENSPIRE: “SPEAK NOT OF THE LAUDANUM QUANDRY””