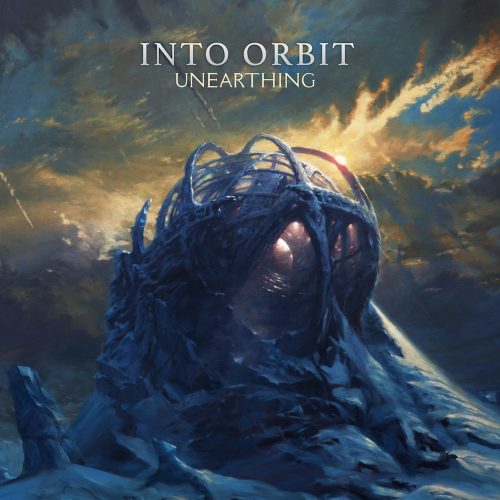 (New Zealand-based writer Craig Hayes (Six Noises) returns to NCS with this review of the new album by New Zealand’s Into Orbit, which will be released on February 3 — and we have a just-released full stream of the album as well.)

Countless bands try to grab our attention with an enticing vocal hook. Hell, even in the world of extreme metal, where vocals are frequently an indecipherable blur, words and lyrics still play a crucial role in imparting meaning. At the other end of the spectrum though, instrumental bands seek to convey meaning without any lyrical or vocal cues, and that’s obviously a tougher task. When it all goes well, audiences can decipher meaning from moving songs, and that forges a connection between fans and bands. But when it all goes wrong, because a band is technically proficient but emotionally sterile, instrumental music is simply tedious background noise. Elevator music, at best.

It’s rare to find an instrumental band that manages to transmit its message evocatively. But the music of New Zealand instrumental duo Into Orbit has received rousing applause at home for doing just that. In some ways, Into Orbit are building on a legacy established by New Zealand bands such as Jakob or Kerretta –– both guitar-led instrumental groups with fan bases in Europe and the US. Jakob and Kerretta have gained international recognition because they make truly gripping music, and there’s no question that Into Orbit’s superb new album, Unearthing, is filled with captivating music too. 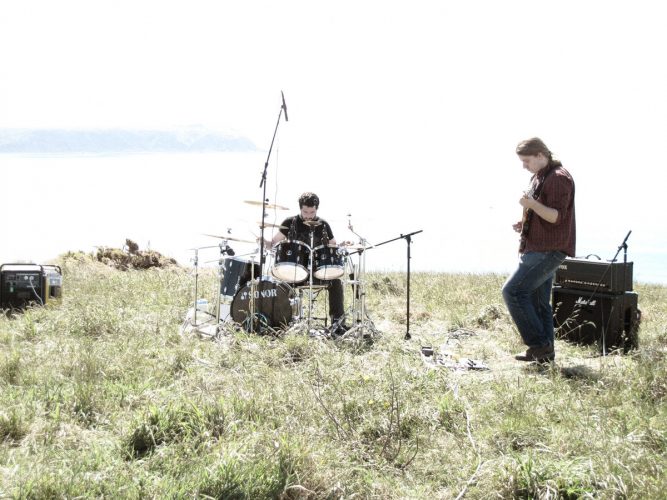 Unearthing has all the necessary ingredients to catapult Into Orbit to international attention. But the one issue that haunts Into Orbit (and every other New Zealand band) is distance. We might live in an interconnected world, but New Zealand is a long way from anywhere, and there’s a lot of other noise out there. Gaining anyone’s attention offshore is often difficult for New Zealand bands, but Into Orbit worked hard to promote their 2014 debut full-length, Caverns, and they’ve secured fans at home and offshore. Question is, how to build on that?

One way to do that is to expand their sound, which is exactly what Into Orbit have done on Unearthing. Guitarist Paul Stewart and drummer Ian Moir set the template for their hybrid rock/metal/experimental music on Caverns by crafting heavily textural tracks with unorthodox time signatures. That familiar soft/loud instrumental to-and-fro favored by post-rock and post-metal bands aplenty was certainly at play on Caverns, but Into Orbit made sure not to lean too heavily on any overworked tropes.

That gives Into Orbit a distinctive edge. They’re different. And that means, like Mono or Earth, or heavyweight instrumental bands like Russian Circles or Pelican, Into Orbit’s music appeals to a wide crossover audience of rock, metal, avant-garde, or post-whatever fans. Into Orbit continues that same journeying across multiple genres on Unearthing, and the album sees the band injecting more nuance and increasing the shading within their songs. Those subtler alterations are contrasted by towering soundscapes, where monolithic shifts in sound are heavier and more crushing than in the past. All of which makes Unearthing a more dynamic and creatively sophisticated album than Into Orbit’s debut.

You can hear all of those elements combined on Unearthing’s centrepiece, the epic-length “Equilibrium”, which is unquestionably the album’s finest track. A gentle introduction gathers momentum before massive riffs and pounding percussion begin to smash against each other on the song. Ascending solos cut through the mix, and Stewart and Moir wisely offset the song’s density with calmer and more reflective passages. That opens “Equilibrium” up, adding breathing room and bringing more panoramic vistas. Before the next ten-tonne riff arrives, to trample its way to another crescendo.

If you’ve enjoyed the post-metal atmospherics of Pelican, you’ll love “Equilibrium”. The track proves that Into Orbit can wield plenty of brute force when necessary — although it’s the album’s final track, “Gilgamesh”, that underscores that fact the most. “Gilgamesh” is jam-packed with hard-edged, kinetic music: all roiling metallic riffs and pulverizing percussion. The track comes closest to capturing the energy of Into Orbit’s live show, and it’s probably the heaviest track the band has recorded. But, more than that, a track like “Gilgamesh” is really a testament to how Into Orbit so often sound like a band with half a dozen members, instead of just the two.

It’s not all colossal riffs though. Elsewhere on Unearthing, Stewart and Moir explore melancholic terrain on “Scattering Light”. They dive into shadowy depths after a spacious introduction on “Stone Circles”. And the album’s title track soars off the back of a thrilling solo. Stewart and Moir exhibit superb interplay as delicate notes thicken into stocky riffs, which are then woven around more complex percussive patterns on tracks like “Dark Matter” and “Caldera”. Although, in truth, any track on Unearthing reinforces the musical chemistry between the duo. 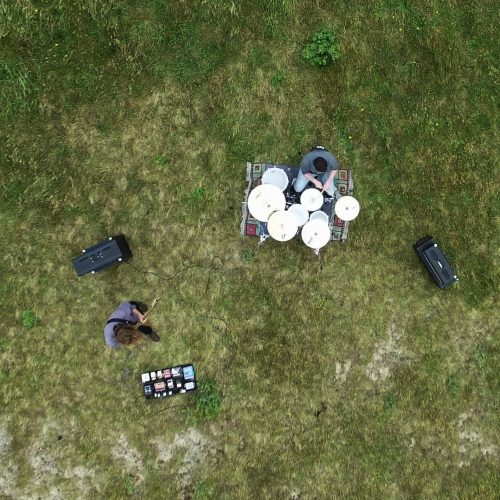 Faults with Unearthing? Well, if you’re not a fan of instrumental music already, Into Orbit aren’t going to convince you otherwise. That’s okay though; instrumental music isn’t for everyone, for a long list of perfectly understandable reasons. You do need to invest time in albums like Unearthing, and, without wanting to sound too grandiose, albums like these do feel like pieces of art. The songs within tell expressive tales where fragile moments are transformed into violent maelstroms. Overdriven guitars and powerful percussion mix with cleaner and crisper passages. And as songs evolve from dirges to moments of delicacy and back again, Into Orbit ratchet and release the tension, keeping us enthralled and connected to their music.

Plenty of instrumental bands can construct complex musical suites. But it takes a greater level of songwriting acumen to make that music dramatic and soul-stirring like Into Orbit do. Unearthing not only offers a cathartic reward but also increased artistic satisfaction, and that’s exactly what you want with a second album. Unearthing is more confident and creative than Into Orbit’s debut. The band expand their musical boundaries and paint more vivid scenes filled with beauty and darkness. And all of that deepens the impact of Into Orbit’s music, in manifold ways.

Most of all, Unearthing is an involving album, and I don’t know if you’ve looked outside your window lately, but the world is falling apart and we need transcendent and transporting music more than ever. Unearthing has arrived at the perfect time. Enjoy the journey.

One Response to “INTO ORBIT: “UNEARTHING””