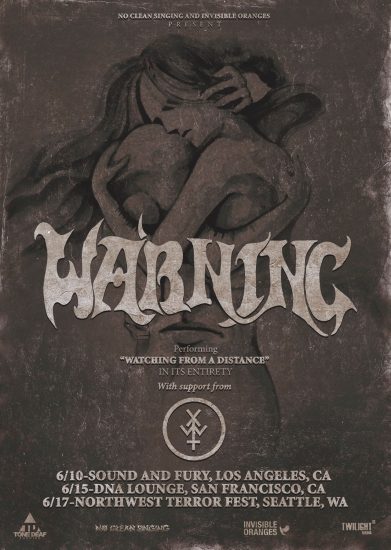 On June 15-17, 2017, in the Emerald City of Seattle, Washington, No Clean Singing will be partnering with the tireless Terrorfest honcho David Rodgers and Invisible Oranges to present the first edition of Northwest Terror Fest, and today we’re leaking the names of the first group of confirmed bands. Actually, this is the second leak, because yesterday David disclosed through an interview with Metal Injection that Warning from the UK will be headlining the final night of NWTF, with Young And In the Way also appearing on that closing night of the fest.

The appearance of Warning is big news, made even more special by the announcement that they will be performing their 2006 comeback album Watching From A Distance in its entirety. Warning’s NWTF performance will follow shows in Los Angeles and San Francisco that we’re also co-sponsoring.

But today we’re announcing the names of 13 more bands whose NWTF appearances have been confirmed, including another headliner: the mighty Cephalic Carnage from Denver, who will be playing their experimental 2002 sludge/doom EP Halls of Amenti in its entirety, in addition to other songs from their head-wrecking discography.

Here are those names in alphabetical order, followed by more details about NWTF and the people involved in making it a reality:

We will be making further band announcements as we get closer to the festival. Thirty (30) bands will be performing on two stages, divided between two great venues — Neumos and Barboza — which are housed together in the same building in Seattle’s Capitol Hill neighborhood. In addition, additional bands will be performing after-shows on each night of the festival at Highline Bar. All told, nearly 40 bands will be kicking off the inaugural edition of what will become an annual event in Seattle.

Early Bird passes for NWTF will go on sale via Neumos online at 9:00 a.m. Pacific Standard Time on Monday, February 13. Check these pages for the Neumos link, which will be posted later this week: 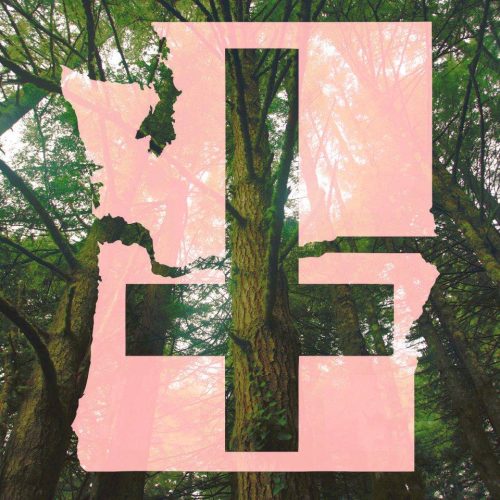 The germ of NWTF was planted through some conversations a couple of years among a group of Seattle friends that included Joseph Schafer (Invisible Oranges), Joe Grindo (the very talented drummer for Theories, and many other bands, past and present), and myself. We continued to talk off and on about trying to pull together a Seattle-based metal festival, but talk didn’t turn to action until David Rodgers got involved.

Once David got involved, with his experience in putting on SWTF, his extensive circle of contacts, and his drive and organization, things really took off. And since then the group of people working on the festival has expanded to include folka like Kay from Olympia-based 20 Buck Spin.

All of us are very excited to be a part of NWTF. My head is still spinning at the line-up of bands who’ve agreed to be a part of this inaugural edition of the festival. It has become a much bigger and more high-profile thing than I ever dreamed it would be. Hopefully, you’ll be just as excited when you see all the names… although just the names announced today ought to get your pulse racing.

3 Responses to “NORTHWEST TERROR FEST: ANNOUNCING THE FIRST ROUND OF CONFIRMED BANDS”