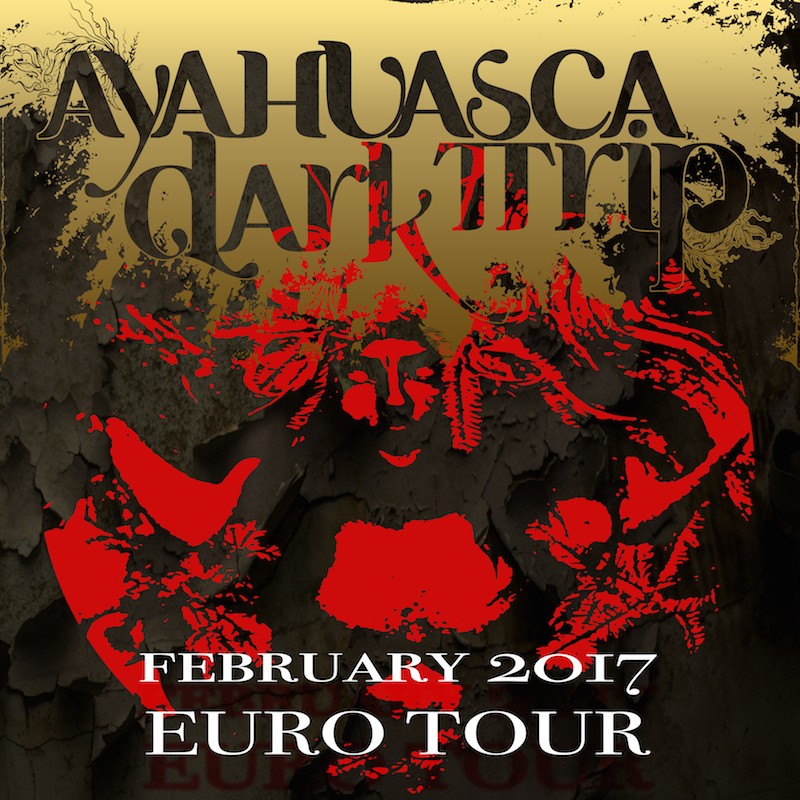 As we all know, technological advances have made possible musical collaborations among people separated by significant distances that once would never have been possible. But even though multinational collaborations are no longer a rarity, few bands have been drawn together personnel from as many widely separated parts of the globe as Ayahuasca Dark Trip — and the music has drawn together an almost equally broad and unusual array of traditions as well. 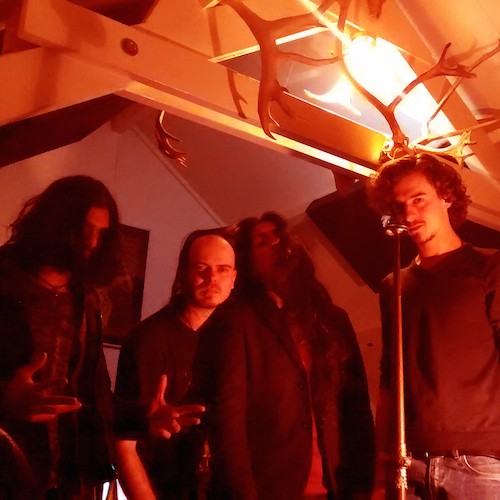 I first learned about the hallucinogenic brew ayahuasca, made from the Amazonian Banisteriopsis caapi vine, in an essay we published by our Russian contributor Comrade Aleks that explored a variety of spiritual rituals and their connections to doom metal. One of his subjects was the Peruvian doom band Reino Ermitaño whose members used ayahuasca to experience visions and personal alterations that inspired and influenced their shamanistic music.

Later this year the band plan to release a new album called Upaya, and today we bring you the premiere of a song from that album named “Eternal Return“. This premiere is timed to arrive on the eve of a European tour by the band (it actually begins on Monday) that has drawn the members together.

You don’t need to be under the influence of ayahuasca (or anything else) for “Eternal Return” to put you into a dark trance state. The bass guitar tone alone would probably be enough to do that by itself, but the psychoactive experience is further enhanced by the strange electronic noises, the tripped out lead guitar spirals, and the strange wailing vocals. The song leaves me wondering where my mind would have been if the music had continued in this vein for another five or six minutes — and whether I’d ever have found it again.

Ayahuasca Dark Trip has premiered one other song from the new album — “Water From Above, Water From Below” — at The Obelisk, and we’re including a stream of that one along with “Eternal Return”. 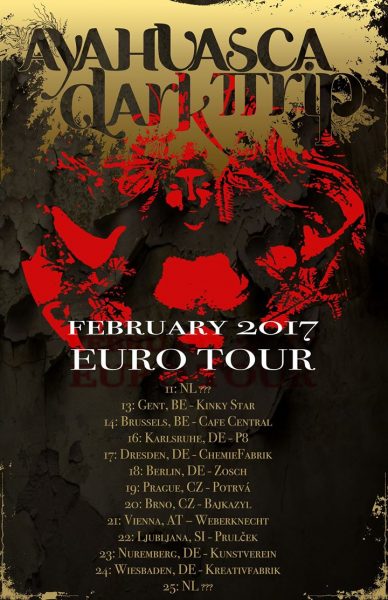 The tour I mentioned earlier includes this schedule of dates in February: