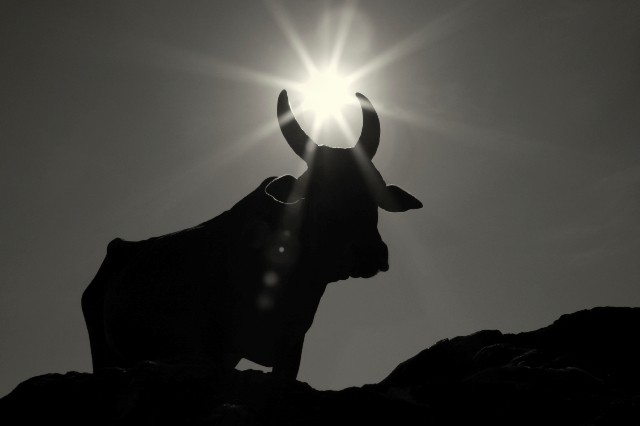 Phew, for a group of people often characterised as “rebellious” and “anti-religious”… we metalheads sure do hold more than our fair share of things as sacred and inviolable, don’t we?

Case in point, a certain article last year (which will, for the moment, remain unnamed) dared to question and criticise a particularly famous and highly-regarded album, which of course led to the expected backlash from the sort of knee-jerk reactionaries who like to say things like “this proves you’re a hipster” or “if you don’t like [x] then you don’t like Metal!”

Now while I don’t want this article to develop into a similar bitchfest (again, for such a supposedly “macho” genre, we can certainly be a catty group when something ruffles our petticoats), I do have to say that I thought the article was well-written, and made some cogent points.

I didn’t necessarily agree with its conclusion, but then nor do I think it was wrong to write it, or that the author was just trying to troll people.

Because it is important, sometimes, to go against the grain. To challenge the prevailing orthodoxy and to try to make people think not just about what they like… but about why they like it in the first place.

Sometimes the sacred cow needs to be slaughtered. Or, at least, lightly stabbed. 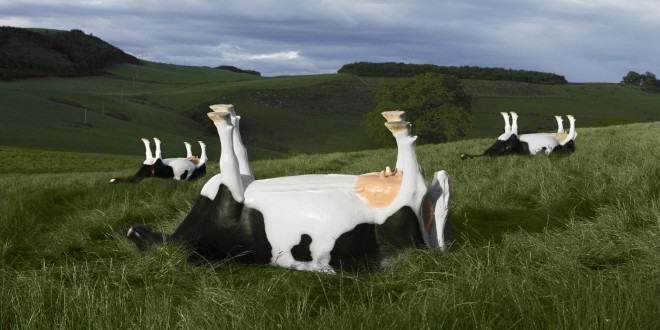 Of course doing it just to get a reaction or just to get clicks and comments is pretty much the epitome of trolling.

But… on the flip side to this… labelling someone a troll just because they’re saying something you don’t like, or have an opinion which might be considered controversial, doesn’t help anyone… and I think, if you can rein in your knee-jerk outrage and righteous indignation for long enough, you can usually tell when someone is being contradictory because they truly have a different opinion, versus when they’re just being a spiteful cunt so-and-so.

The big issue with sacred cows of course is that they’re just that… they’re sacred. Untouchable. Beyond reproach.

Which, of course, is bullshit really. Either everything is open for criticism, or nothing is.

Timing is everything, after all, and context counts. An album released in the right place, at the right time, which captures the zeitgeist or the prevailing mood, can end up having a much greater impact than it would have done otherwise.

And I get why, for many people, these albums are considered to be seminal, and somehow immune to criticism. If something is important to you it can be hard to hear it being criticised.

But criticising an album, or just acknowledging its flaws, doesn’t make it a bad album, or make it any less important in the grand scheme of things.

Unfortunately, a lot of sacred-cow lovers (there’s got to be a better way to put that…) can become VERY defensive when they perceive that their idols are under attack, and are apt to respond to any form of criticism in a surprisingly aggressive manner.

Which, ultimately, leads anyone who might have a legitimate grievance or question to raise to reconsider whether or not it’s really worth it. Do they really need the hassle of being insulted and harassed just because they chose to express their honestly held opinion?

And don’t give me that whole “if you don’t have anything nice to say, don’t say anything” spiel — the world is a livelier and more interesting place when we’re able to air and discuss a variety of different ideas and opinions.

Just because someone is being negative about something doesn’t mean they don’t have the right to express that opinion, or that they’re necessarily wrong. And they shouldn’t be afraid to express it, nor should we be afraid of hearing it.

But that fear of being wrong, as being seen as “different”, the fear of being judged as a “troll”, is something that keeps many writers/critics/journalists (naming no names) from actually expressing their real opinions.

But playing it safe like that does a disservice to both your readers and to yourself as a “critic”.

Far too often I see the same lazy assumptions and opinions regurgitated by writers who are happier simply following the critical consensus than they are trying to think for themselves.

It’s why, for example, back when Dimmu Borgir performed with The Norwegian Radio Orchestra, numerous sites ended up running with an incorrect set-list for weeks afterwards, content simply to copy one another, rather than take the time to properly check the facts for themselves, and why you see people still tagging Harakiri For The Sky and Thränenkind as “Post Black Metal”, even though their latest (fantastic) albums have more in common with old-school Insomnium and Shai Hulud, respectively, than they do with Wolves In The Throne Room and their ilk.

Someone described the bands that way years ago and, for whatever reason, it stuck. And ever since then writers have just kept on blindly repeating it, without ever stopping to consider whether the term accurately reflects reality.

Now these examples above might be a little vexing, but overall they’re relatively minor in the grand scheme of things.

However, “the critical consensus” – what some people uncharitably (though not always inaccurately) refer to as “group-think” – can certainly have some more obviously negative effects.

In particular it sometimes leads to certain sites (again, naming no names) feeling like they have to conform and toe the party line if they want to stay on the good side of the labels and PR companies.

I can tell you right now, with quiet confidence, that there are definitely certain sites/publications out there who are more interested in early access and self-aggrandisement than they are in providing any real insight or offering an honest opinion.

And the temptation to blindly follow the critical consensus can be particularly intense when the band in question is a big name, with a big following.

Because everyone wants those clicks, likes, and reposts, right? And the band aren’t going to post about or promote any reviews that don’t give them full marks now, are they?

While, on the flip side of this, I’ve also witnessed numerous instances where an album or artist has been criticised or attacked unnecessarily/inappropriately simply because that’s what everyone else is doing, and because, somehow, a false perception of the band in question has been fostered and disseminated.

The internet hate-mob goes both ways (phrasing) after all.

And the critical consensus doesn’t just tell you what to love, it also tells you who not to love, and failing to criticise a band who is seen to “deserve it”, maybe even going so far as to say “hey, this is actually pretty good if you listen to it properly”, is often treated just as harshly as criticising a band that everyone else has decided they love.

In conclusion, however, there’s one point that I’d like anyone who reads this to take to heart.

Whether you’re just a fan with an opinion, or a writer with an audience, if you honestly think an album isn’t as good as everyone is saying it is (or vice versa), and if you really feel like you can back up your opinion with a well-reasoned argument, you shouldn’t be afraid to go against the grain.

Yes, you risk being wrong. You risk being laughed at or attacked for it, too. But if you truly have the courage of your convictions, you should stand by them. Put your (metaphorical) money where your (metaphorical) mouth is, but be prepared for some push-back. You might find that a single dissenting voice can resonate much more loudly than the mindless chanting of the echo chamber.

18 Responses to “SACRED COWS AND THE CRITICAL CONSENSUS”