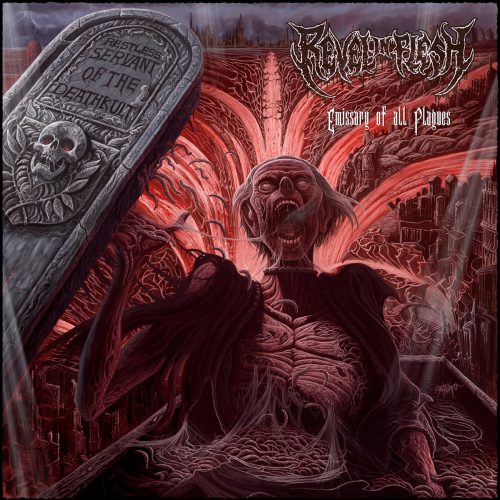 In December of last year Cyclone Empire released the fourth album by the German death metal band Revel In Flesh, who have been a favorite of mine since I first heard their second album, Manifested Darkness, in 2013. This latest full-length is the group’s strongest release yet. As Jonny Pettersson of Wombbath stated when he named the album to his 2016 year-end list at our site, it’s “their most dynamic release so far”.

One of my own favorite tracks from the album is “Casket Ride”, and so I’m especially happy to share with you the band’s new video for that very song. 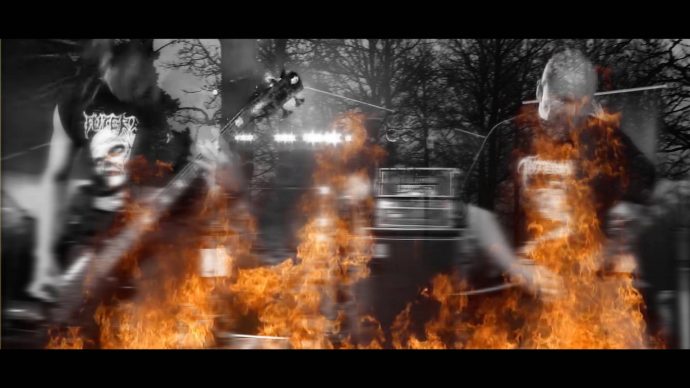 The dynamic qualities of the album as a whole are manifest in the song. It has the stench of illness and the menace of a hungering abomination about it, but the central riff is a damned catchy one, and the currents of melody (especially in the solo) give you something to hang on to while the song is clawing at your face with febrile energy and pushing your pulse with its infectious rhythms.

Emissary of Plagues was recorded by the band’s guitarist Maggesson at Vault M Studios, and it was mixed and mastered in Studio Unisound by the one and only Dan Swanö, who has been involved in the band’s production work for many years. The ghastly cover art was created by another long time Revel In Flesh ally, Juanjo Castellano.

In addition to the new video, you can also check out a couple more tracks from the album via the Bandcamp player below. Ordering information can be found at the bottom of this page:

One Response to “AN NCS VIDEO PREMIERE: REVEL IN FLESH — “CASKET RIDE””