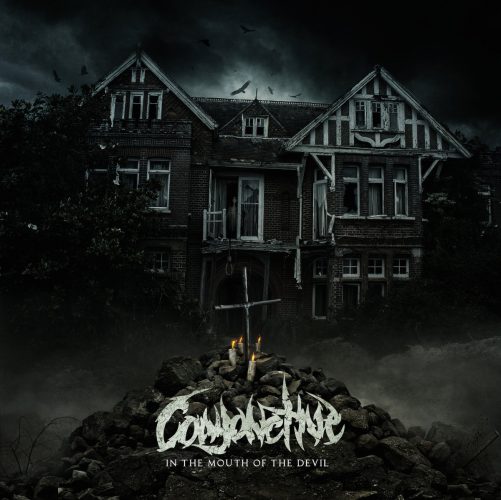 In the Mouth of the Devil is the name of the second album by the Swiss metal band Conjonctive. In advance of its March 10 release by Tenacity Music, we bring you today the premiere of a song from the album called “Let Blow The Grim Wind“, which is presented through a video of the band performing the song at Conatus Studios, where the album was recorded.

After the band released their debut album Until The Whole World Dies in 2013, they spent time touring Switzerland and opening for the likes of Crowbar, Biohazard, and Aborted, among others… and their music evolved as well. 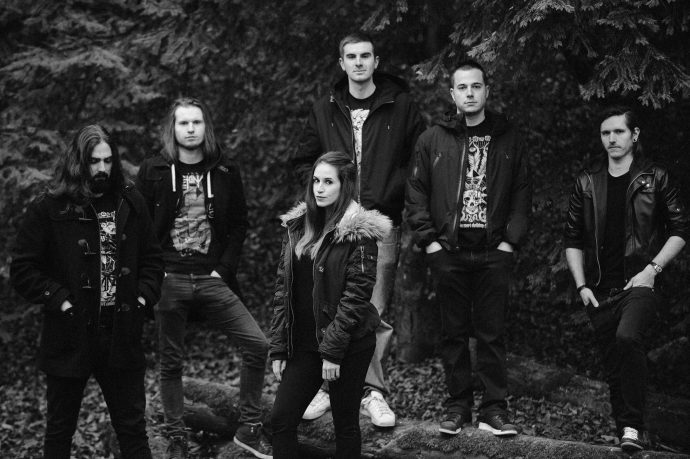 As you’ll see and hear in the video, Conjonctive have a pair of vocalists who take turns emitting an array of goblin shrieks, barbaric howls, and disgusting squeals while the rest of the band pummel and seethe behind them, eventually inflicting a pile-driving beatdown that damned well got my head moving. The bone-rattling grooves in the song are certainly one of its attractions, but it’s a catchy disease in other ways as well, not least of which are the dire melody and slithering solo that surface in the song’s closing minutes.

In the Mouth of the Devil was recorded, mixed, and mastered by Vladimir Cochet (Conatus Studios), who also made the video. The album’s cover art was created by Colin Marks of Rain Song Design. It’s available for pre-order here:

Below you’ll find the track list, web links, and of course the new video.

Track List:
1. Purgatory
2. You’re Next
3. Let Blow The Grim Wind
4. Falling In The Mouth Of The Devil
5. Down Into The Abyss
6. The Cult Of The Shining Planet
7. Burn Your Eyes
8. Hills Of Abomination
9. Defeat The Red Sun
10. Constellations & Black Holes

One Response to “AN NCS PREMIERE: CONJONCTIVE — “LET BLOW THE GRIM WIND””