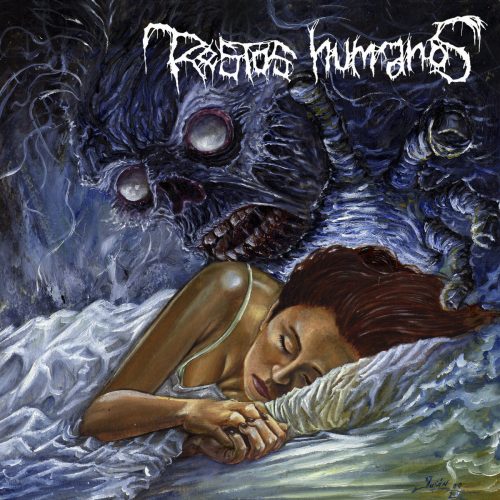 Restos Humanos are a multinational trio whose members are based in both Colombia and Italy — guitarist/vocalist Julian, bassist Sara, and drummer Matteo Barney. Since 2013 they’ve released a demo, a compilation, two splits, and a live album, and now their self-titled debut full-length has just been released through a consortium of labels in a variety of formats. To help spread the word about the album, we’re pleased to bring you the premiere of a track from the album called “Aquel Ojo“.

To get some sense of what you’re about to hear, consider that the music is recommended for fans of Machetazo, Necrony, Scurvy, Death Breath, and Zombies. And if that’s not enough, consider this: 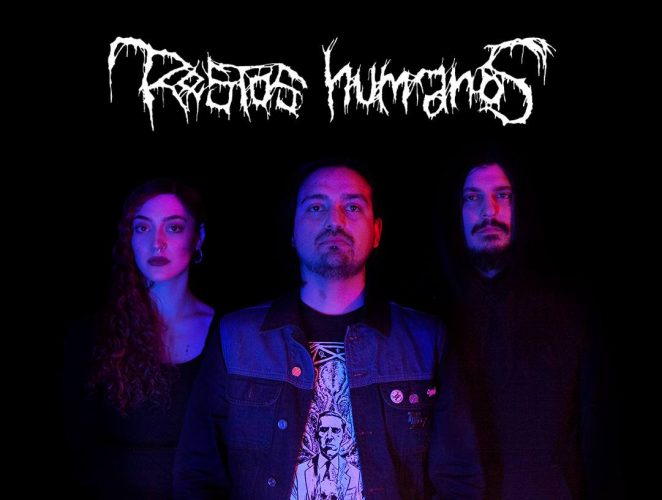 “Aquel Ojo” alternates is a death/grind storm that traverses a lot of changing ground in less than two minutes, moving between a steamrolling rumble with swarming riffs to a full-bore attacking fury, and then collapsing into an oppressive, gloom-cloaked lurch that mounts in intensity. One thing doesn’t change: Julian’s charismatic growls boil with rampant rage from start to finish.

The Restos Humanos debut album includes cover art by Julian Menace, and it has been released by these labels:

Check out “Aquel Ojo” below, along with a previously released track called “Black Sunday”, which is considerably longer than “Aquel Ojo” even after the extended sample at the beginning and is further proof of the band’s dynamic musical range.