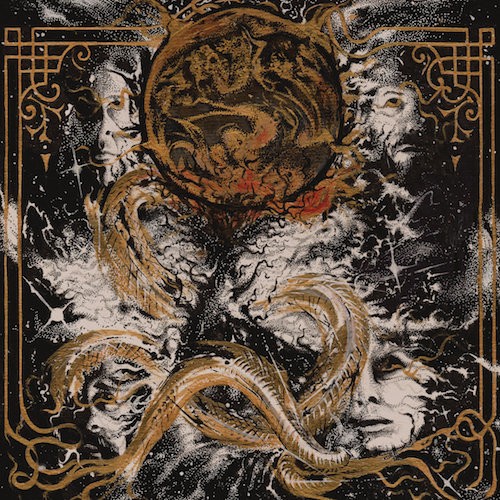 King Woman’s full-length debut has the kind of thick, dream-like haze cast over it that makes the mood much darker and heavier than what we got from their previous EP. Like many albums that I sing the praises of, this one tickles the sweet spot of my taste buds, and once again proves you don’t have to adhere to typical metal trappings in order to be heavy.

Kristina Esfandiari allows some of her backing vocal tracks to move into more of a scream. And there is weight to the guitars, which often carry the dense distortion of doom. By the second song, it sounds to me that this album is going to take them to the next level of recognition. 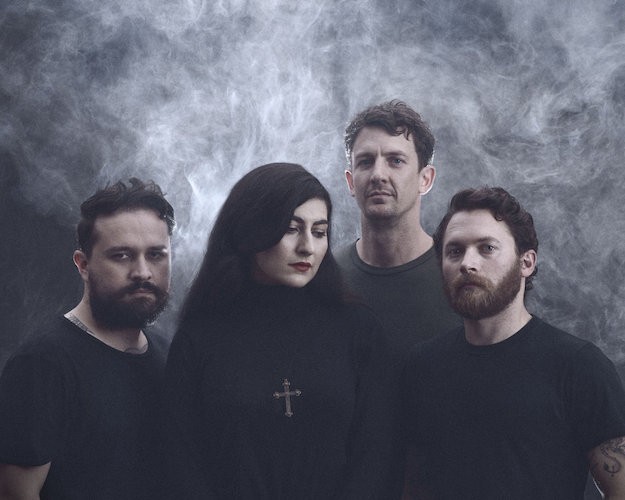 If Chelsea Wolfe’s Abyss wasn’t heavy enough for you, then this album might make your day. There is a oppressive lethargy layered over “Shame”. A woeful drag lingers in the vocals and the guitar, but the song is compactly written, not sprawling out over the five-minute mark.

Kristina’s sense of melody is refined on “Hierophant”. Midway into this more pulsing eight-minute dirge they drop down into a more minimal and atmospheric place.”Worn” is more rock ‘n’ roll than metal. It almost feels like it could be one of Bruce Springsteen’s more depressing moments.

Kristina’s alto really holds a sense of her personality. Her voice often sits back into a ghostly wall of re-verb. This doesn’t mean she is jumping onto the Chelsea Wolfe bandwagon, as her pained voice often carries more of a moan than a croon. She goes into a higher register, cooing at the beginning of “Manna”, though returns to a more contemplative place on the verse. The drums pick up the pace as the guitar churns out a more metallic backdrop to this one.

The vocals form more of a chant in certain passages of the closer “Hem”, which feels like it packs the most punch of any song on the album, given the weight of the chords striking. It’s more up-beat tempo-wise than doom but carries similar emotional heft.

Overall, this album starts off with a dreamier coating and then wakes to form a more grounded powerhouse. These guys paint a bleak portrait with varied shades of unease. The album carries the sense of dynamics I look for not just in metal, but any kind of music. Their sense of who they are is very solid here, with each side this band shows feeling valid and real.

Kristina’s vocals pull the songwriting together and make this an album that I want to dig deeper into. If it were fronted with any other style of singing I don’t think it would have the same impact. There is more doom than metal to this album, but the more open-minded among us might find this to be a very rewarding listen.

Created In the Image of Suffering will be released by Relapse Records on February 24.